Insanity Check: ‘No Chicken for You’ – Six Weeks For Spicy 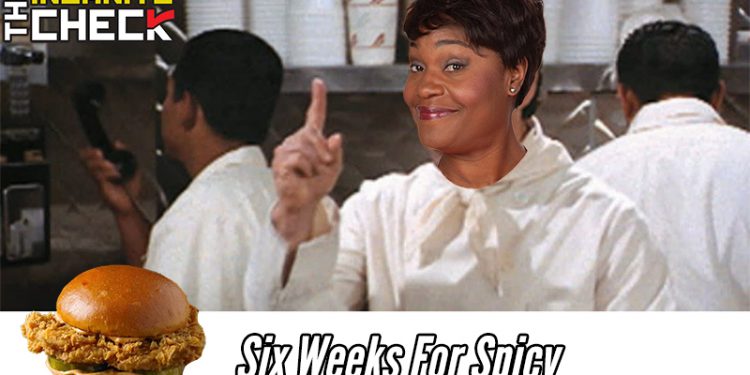 New Insanity Check episode! After a bit of a delay due to the Toronto Film Festival, Kriss is back with guest Justin to talk about all the crazy things that have happened in the world. The most important thing that's happen though is: Popeyes ran out of chicken sandwiches. But never fear, they have a solution for all of you just dying to have that sandwhich: BYOB. Bring.Your.Own.Bun. Yeah...they're gonna sell you a box of chicken tenders and tell you to make your own damn sandwich. Don't let me catch any of you doing this.

Anyway, we got a lot to cover, from more ways to die in Australia to Trump vs Bolton. There's a lot here so give it a listen.