We’re back with another Character Corner and this time we’re covering the Inhumans. First off, let’s make it clear that we’re mainly focused on the Royal Family of the Inhumans. The “Nuhumans” or the Inhumans created on earth due to the Terrigen bomb that Black Bolt sets off during the events of Infinity are definitely a separate category. We might cover some of the more famous “Nuhumans” in a later episode. But for this, we’re focused mostly on the Royals:

We settled on going through the history of the Inhumans because of the new TV show coming out. Right now it doesn’t seem to be getting great reviews from the IMAX screening of it (a stupid idea to do anything cheap and in IMAX) but I’ve heard that it’s not that bad from others who have seen it. I will say this, after going through some early Inhumans comics, I can definitely see why (even out side of the technical aspects of the TV show), doing a show centered on the Royal Family is hard to do on TV. I will be blunt: Early Inhumans comics are not good. They are a struggle to read and the includes the Marvel Knights series by Paul Jenkins and Jae Lee. 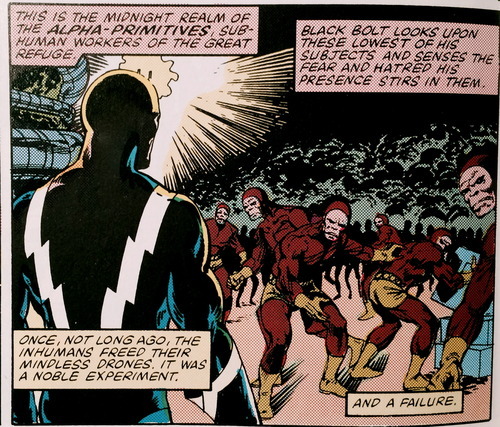 The problem with early Inhumans stories is that they focus on trying to make the Inhumans earth-based and it just doesn’t work. There are too many unlikable qualities about the Royal Family to do this. First off, they have slaves. The Alpha Primitives that run the lower areas of Attlian are slaves, 100%. The Inhumans also seem to strive for perfection with genetic manipulation and purity (the whole point of the Terrigen Mists in their minds) and it’s very creepy. Now these could definitely make for, and at times do, great stories or interactions. The problem is that most of the older stories also try to paint the Inhumans in the light of being victims of everyone else. To be blunt, its hard to see slave masters and genetic manipulators as victims.
It's not all bad though. What the early Inhumans books and story do is weave a complex tale of a population and their rulers and the struggles to figure out who they are and what their purpose is. There are some good stories and threads throughout but if you're looking for a group that are clearly heroes and that you root for, you're going to be disappointed. They're not the X-Men. Not even close. 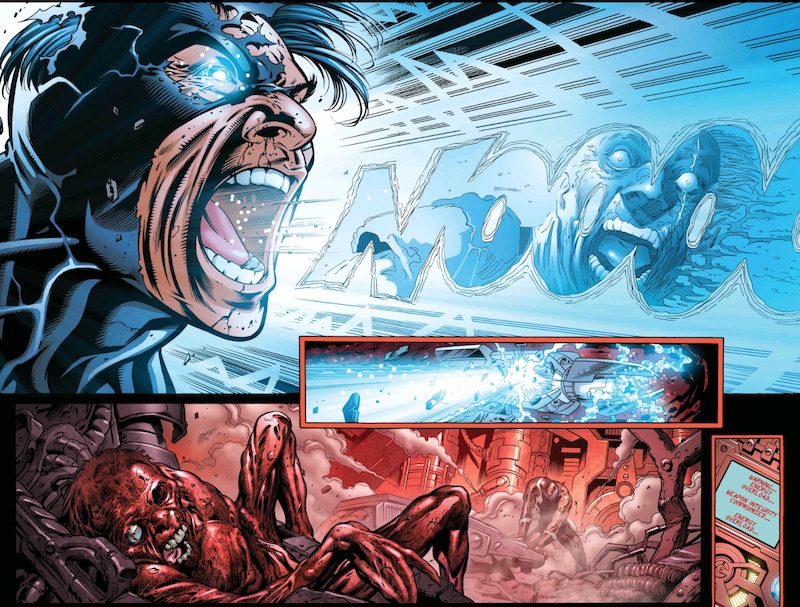 Things change for the better around the time of Secret Invasion and that’s when it becomes clear: The Inhumans and Royal Family are at their best when they’re cosmic. Once the Inhumans really go cosmic and pretty much focus on that, they become interesting and great to read. Not to mention, in space, Black Bolt is finally unchained and can be seen using his powers more frequently and uninhibited. When the Inhumans wipe out the Skrulls then take over the Kree Empire, it's when they're at their best. The War of Kings storyline then Relam of Kings are also really good stories.
If Inhumans fails on TV then I can only assume that the next attempt for Marvel will be to reintroduce them in the movies through James Gunn and his dive into the cosmic side of Marvel. That's where they work best.
Listen to our whole Character Corner to get the full run down on the issues below and make sure you subscribe on iTunes.