I Want You Back – It’s that Time of Year Again 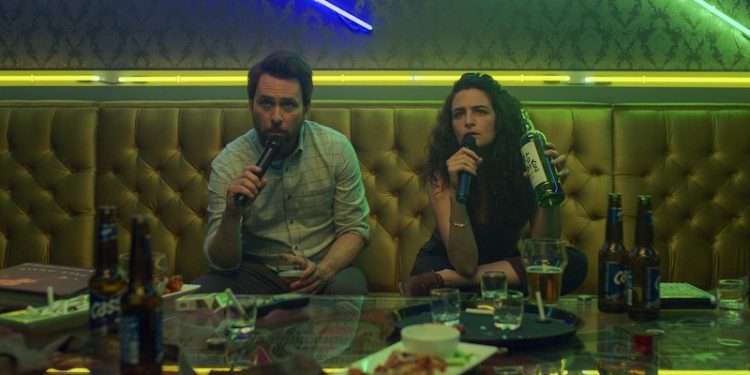 It's that time of year again. Yup, a bunch of RomComs that most people won't see get dumped around Valentine's Day. With that in mind, I Want You Back is much more serviceable than the typical paint-by-numbers comedy we see this time of year. It's got Charlie Day and Jenny Slate in it and that enough to at least generate some interest.

Day and Slate are the real attraction here. They work well together and have some really funny moments. The opening of this movie showcases both of their characters going through their breakups and its both funny and a bit rough. It's one of the attractive things about this movie. It feels more grounded (even when it gets ridiculous) than your typical romantic comedy. Especially compared to other movies where say a pop superstar picks a random guy out of a crowd and decides to marry him (seriously, who approved Marry Me and why?). The rest of the supporting cast also hold up well. Scott Eastwood also has some really good moments here and is funnier than one would expect.

There are two things that hold this movie back. The first is the run-time. At almost 2 hours, this is way too long for this type of film. It could have been streamlined quite a bit. With this film being released on Amazon Video, that makes it a bit more manageable but still, the runtime is an issue. The bigger problem however is that this film still falls into the same "been there, done that" feeling that these films tend to have. There was an opportunity for this film to break from the genre mold but it really doesn't. Which is a shame because it could have been much better.

That said, this is a film worth checking out. There's enough here to like and the fact that this film can be watched at from the comfort of your own couch starting Feb. 11th, that's another big bonus.