Whitney Houston: I Want to Dance With Somebody Review 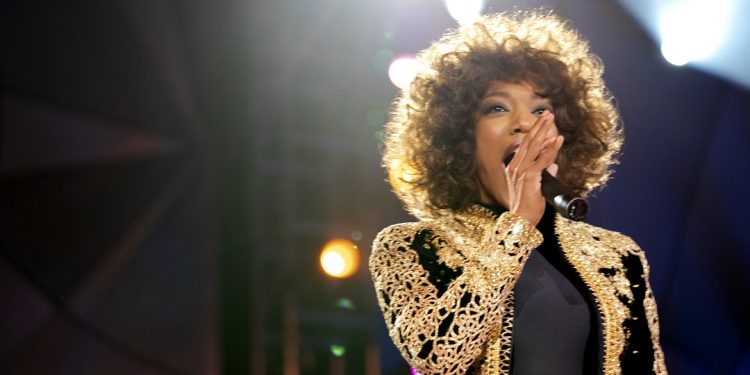 If you're planning on watching Whitney Houston: I Want to Dance with Somebody because you want to celebrate the woman behind the icon, this isn't what you've been waiting for. Script writer Anthony McCarten (The Two Popes,  Bohemian Rhapsody) designed a narrative built on innuendo, interviews, videos, and b-reel footage to such a degree that its central character, Whitney Huston, is never more than a plot device in a highlight reel of her career. And director Kasi Lemmons (Self-Made: Inspired by the life of Madame C. J. Walker), who should know better than to be satisfied with caricatures of Black people, did little to steer the story much deeper than offering a parody of a life lived. This talented cast's been set adrift with no hope of ever fitting an extraordinary life in such a meandering, and sadly subpar, homage.

Synopsis:  A joyous, emotional, heartbreaking celebration of the life and music of Whitney Houston, one of the greatest female R&B pop vocalists of all time, tracking her journey from obscurity to musical superstardom.

Listen to the Full Review:

Ro and Brandon accidentally go long (but spoiler-free) about where things went wrong and why it's time we as a community stop accepting mediocrity when it comes to celebrating our icons on film.