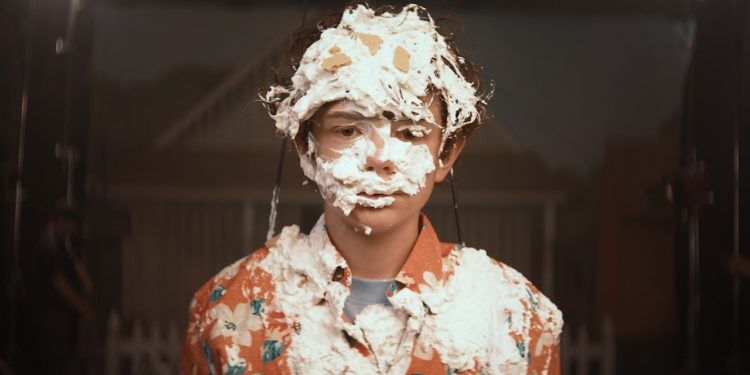 Joi9
Honey Boy is a messy triumph for screenwriter LaBeouf and director Har'el. LaBeouf delivers a career-defining performance with personal stakes. His decision to exercise these demons in his art was risky - but it pays off.
9

Let's get this out of the way first: this is a film that could've gone wrong at multiple points. Honey Boy, written by Shia LaBeouf while in rehab, is a self-reflection of LaBeouf's abusive relationship with his father. LaBeouf plays a version of his father acting next to a younger (Noah Jupe) and older (Lucas Hedges) version of himself, named Otis. The story is messy, raw, and extremely personal to the point of discomfort.

But what prevents the story from spiraling out of control is the careful direction of Alma Har'el. Har'el navigates the scenes with sensitivity and respect without diminishing the chaos of the script. A prominent example of this is the relationship young Otis has with Shy Girl (FKA Twigs). They develop a close bond, despite the glaring age distance, that's a little too intimate. In one scene, they lay in bed together cuddling. The following morning, Otis puts money on the dresser because she's s a sex worker. It's a scene so alarming that it has you worried this relationship will cross the line. Thankfully, Har'el handles tough scenes such as this with grace, getting uncomfortable without being excessive.

Har'el also has talented actors that bring this vision to life. It's no secret that LaBeouf has had a rough road to recovery. But on the path to wellness, he's found roles showcasing his range. His performance in The Peanut Butter Falcon, which premiered early this year at SXSW, garnered rave reviews. And he's managed to outdo himself as James Lort in Honey Boy. Playing a version of your abuser on the big screen is not simple, by any means. But LaBeouf's performance toggles between sinister and heartbreaking. As James, he adds complexity to this role of this abuser and challenges you to understand his motivations.

Labeouf's performance is more heartbreaking when paired with Noah Jupe's young Otis. Jupe hasn't stop working since his arc in 2016's The Night Manager and most notably played Marcus in 2018's horror hit A Quiet Place. Jupe as young Otis represents LaBeouf's rising stardom on the Disney Channel show Even Stevens. He delivers a profound sadness and mature bravado in his performance, which derives from the tense relationship with his father.

Honey Boy is a messy triumph for screenwriter LaBeouf and director Har'el. LaBeouf delivers a career-defining performance with personal stakes. His decision to exercise these demons in his art was risky - but it pays off.

You can listen to Kriss and I talk about this film in-depth on the latest Movie Trailer Reviews podcast episode.