Hobbs & Shaw is an Action Packed Mess of a Film 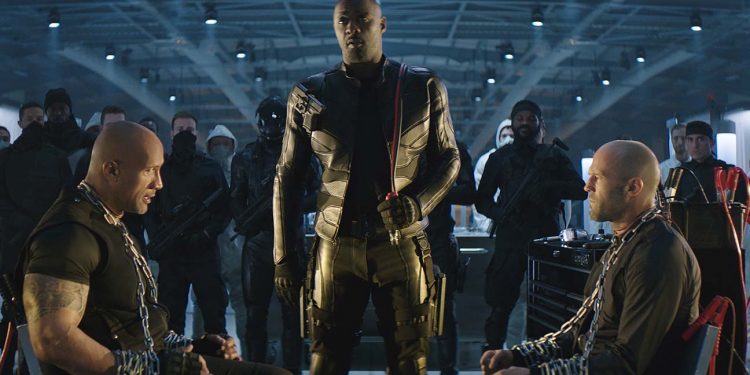 Kriss7
Ro7.5
Joi7.5
Brandon7.5
This is a fun popcorn flick with the ridiculous action we expect from the Fast & Furious series. Idris Elba and Vanessa Kirby are great. The problems come from the director's chair and it becomes clear when the third act falls apart and becomes a mess
7.4

Kriss, Ro, Joi and Brandon are back to review Fast & Furious Presents: Hobbs & Shaw. Let's get this out of the way right now: You're going to enjoy this film. It's Dwayne Johnson, Jason Statham, Idris Elba and Vanessa Kirby in an action packed film that is right along with the rest of the Fast & Furious series. The problem is the same problem we've had with the last few Fast films: We really miss Justin Lin (Thank God he's coming for 9). When it comes to ridiculous action and being a popcorn film, this film works. The problem is (like with 7 & 8), the story gets overly complicated and starts leaning on actors to do things they aren't good at. Also, at some point, we need to really have a conversation about how Deckard Shaw isn't locked up in prison for all the people he killed in Fast 7 and why Owen Shaw is treated like Judy from Family Matters.

Overall you're going to enjoy the film and they will clearly be back and Hobbs & Shaw will continue to grow like the rest of the Fast franchise. But here's hoping we get better directors in the future.