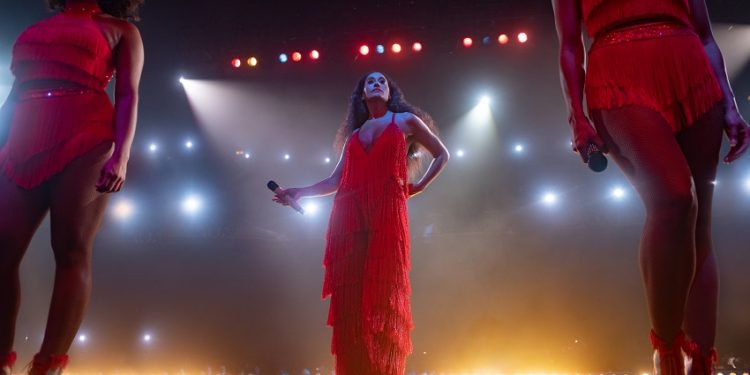 Ro7.5
The High Note isn't a romantic comedy. At least not the kind you're used to getting..and that's a good thing.
7.5

Not Just Ending on a High Note...

Set in Los Angeles, and starring Tracee Ellis Ross as music icon Grace Davis, The High Note is a layered story about life in the orbit of a megastar.

Despite sold out concerts and prepping a live greatest hits album for release, Grace finds herself faced with less-than-subtle hints that her appeal (and career) has hit a ceiling.

Grace's manager, Jack - played with a soft edge, deadpan wit, and perfectly placed comedy by Ice Cube - works diligently to steer her career along a risk-free, if highly lucrative, path.  He, and the music-powers-that-be, think Grace's next move should be a Las Vegas residency. 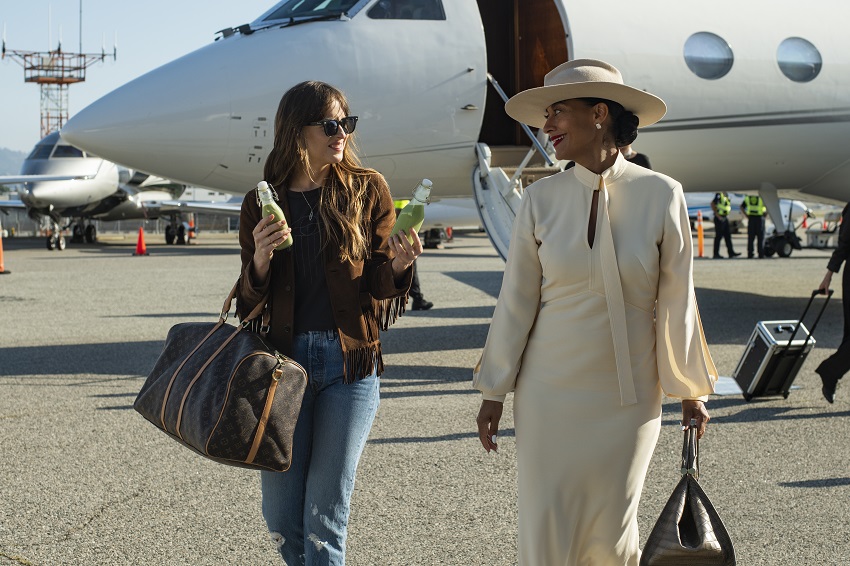 The High Note's told from the perspective of Maggie Sherwoode (Dakota Johnson), Grace's personal assistant. Maggie is dedicated to Grace and good at her job. She may, however, be a bit to invested in her boss's career trajectory. Maggie wants to be a producer. But, there are a few things impeding her dream: 1) she's never produced an artist before and 2) Grace hasn't recorded new music in over ten years.

In her bid to show Grace she can do more than manage a schedule or purge her wardrobe she frequently oversteps. Maggie rarely thinks further than the next minute and often acts impulsively. While her personal drive is admirable, it smacks of a shallow arrogance that eventually bites her in the ass personally and professionally.

These moments showcase the pitfalls of the industry (racism and ageism) to great effect. Johnson and Ross play well off one another to build a relationship that makes room for complications along side fun.  Although viewers will swiftly realize, this story never misses an opportunity to read Johnson's prone to speak-from-a-place-of-privilege character for filth as needed.

Along side managing the chaotic nature of Grace's life 24/7, Maggie meets a charming and talented singer, David Cliff (Kelvin Harris Jr.). A few encounters riddled with hilariously relatable moments and a deftly handled subplot built around struggling with imposter syndrome, slowly morphs into a love story. 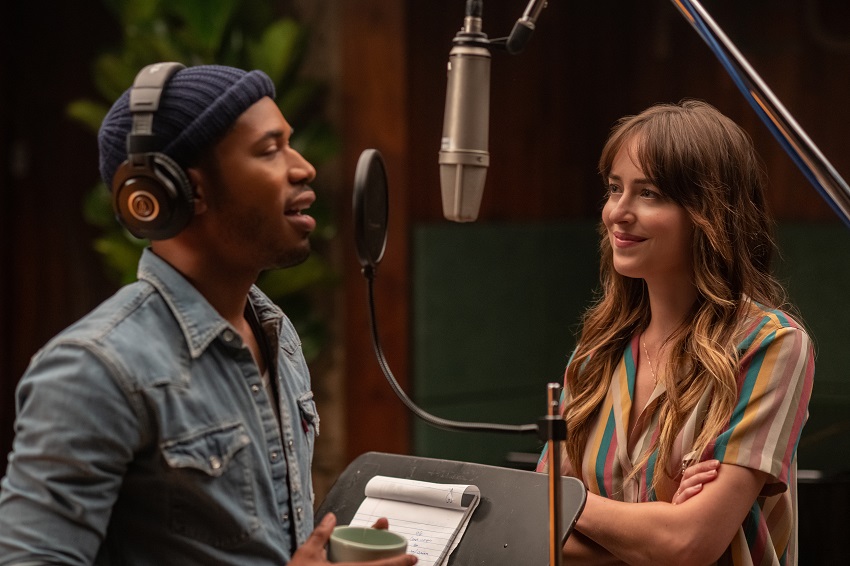 Johnson and Harris develop a banter that makes the most of their chemistry. This is the kind of onscreen relationship that's all the more compelling for its awkwardness. By the midway point of the story it's blindingly obvious that Kelvin Harris Jr can do anything. His appealing charm and clear vocal skills elevate an otherwise under utilized character. Harris more than holds his own onscreen.

With its music production in the hands of Rodney "Darkchild" Jenkins, the second act is a vibe.

A Imperfect Yet Enjoyable Ride

The High Note is built on uneven dueling narratives that take a highly predictable turn to come together. But that doesn't undermine its watchability at all. Mixed in with the surprisingly catchy tunes and irony The High Note touches on varied themes like: the price of fame, honesty, love in all its complicated facets and forms and above all else, family.

June Diane Raphael as Davis' shallow house manager and Zoe Chao as Maggie's zany but supportive roommate each greatly contribute to keeping the comedy rolling and round out a talented supporting cast. Ultimately, this music-themed drama never fails to entertain.

Almost Too Many Storylines

Director Nisha Ganatra (Late Night) is no fool, she leveraged writer Flora Greeson's screenplay "Covers" into dynamic story about two ambitious women each striving to live up to their own expectations in the face of seemingly insurmountable odds. Unfortunately, the need to hit so many beats short changes each actress just a little.

Most notably, the script fails to leave Ross room to really explore the grittier aspects of the choices - because she absolutely chose this life - made to reach the top. There a key scenes that hint at what could've been had the story direction been streamlined and focused just a touch more.

But overall, Ross brings a subtle grace and complexity to Davis that coupled with her impeccable comedic timing is warm and engaging. There are more than enough moments and flashes to make it all well worth the time.

The High Note isn't a romantic comedy. At least not the kind you're used to getting..and that's a good thing. Plus, it's just the thing to clear the air and leave with a much needed smile on your face.