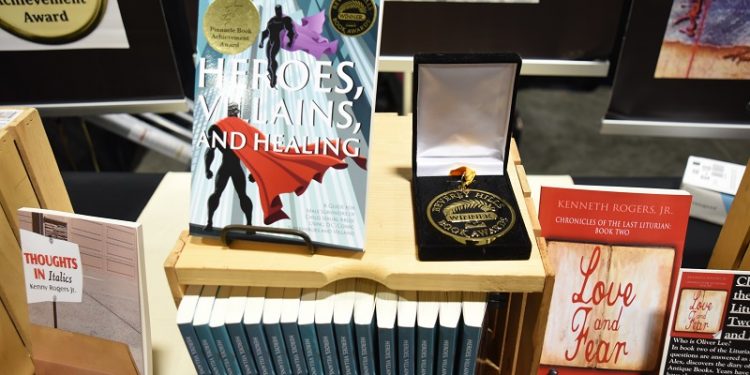 Society has never been kind to sexual assault victims, and even less so to male sexual assault victims.  Societal expectations of men with regard to the expression of emotion and handling of sexual issues drive many men and boys to bury those feelings and avoid seeking help.  Kenneth Rogers searched for material to help him navigate his own abuse but found very little.  While many of the books written were helpful, the language was specifically targeted at female survivors.  Given his love of comics, he decided to write his own book with the hope of helping male survivors work their way through their trauma and find healing. 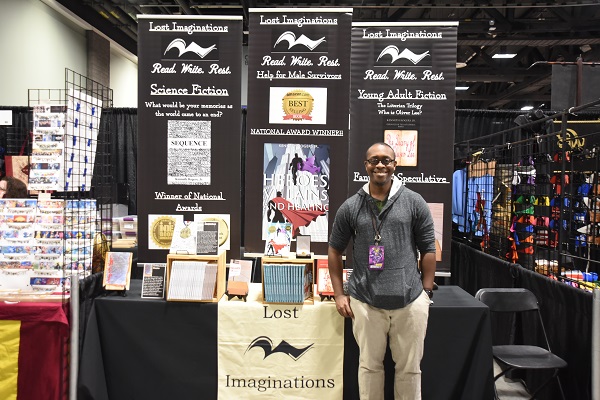 In addition to sharing information about his young adult novel series at Awesome Con, he hosted a panel discussing the book Heroes, Villains, and Healing: A Guide for Male Survivors of Child Sexual Abuse Using D.C. Comic Superheroes and Villains.  This three part book looks at the failed coping strategies of victims with analogies to Barry Allen, Bruce Wayne, Superman, and D.C. villains, as well as the steps necessary to work through abuse and assault.  During his panel, he discussed his own personal challenges with depression as a result of his abuse as well as the importance of the #MeToo movement for male assault survivors.  The idea of using heroes and comics as a gateway to discussion stemmed from the need to start the conversation in a population that is trained not to express certain feelings.

"Superheroes often open the door because male survivors feel like they can't talk about these emotions, they can't get them out, that they can't express them, but if you offer it in a way that is accessible to them and able to be understood, and not as threatening as sitting down and talking about your emotions, it opens that door to actually have those conversations, and talk about them, and actually get them out in the open." ~ Kenneth Rogers

Failure to work through these emotions by first discussing them can lead to "becoming the villain of your own story" according to Rogers.  After all, Rogers says, villains see themselves as the hero of their narrative.  He used Barry Allen as an example, with the Flashpoint incident being the ultimate example of Barry's failure to heal from his trauma and leading to consequences that harmed both him and the people around him.   Rogers felt it was important to use these allegories to open the door and encourage male survivors to seek counseling.  Included in his book are exercises designed at helping survivors begin the work of healing from trauma.  Many in the audience asked about the possibility of using the book as part of a required read in the school systems.  A Baltimore teacher, Rogers discussed the challenges of doing so without qualified therapeutic personal on hand to deal with the issues that may arise.

Having known men who were the victims of both childhood and adult sexual trauma, abuse, and assault, I recognize the importance of this work in assisting a population who doesn't always have a voice nor do they receive support in navigating the complex psychological issues that arise when they are victimized.   The idea of using a medium that tends to be male centered as a gateway to the conversation about coping strategies and dealing with trauma is ingenious.

In addition to this book, he has a young adult science fiction series The Chronicles of the Last Liturian as well as a science fiction novel and a memoir of his own life and challenges navigating male abuse.  His work can be found at his website Lost Imaginations.