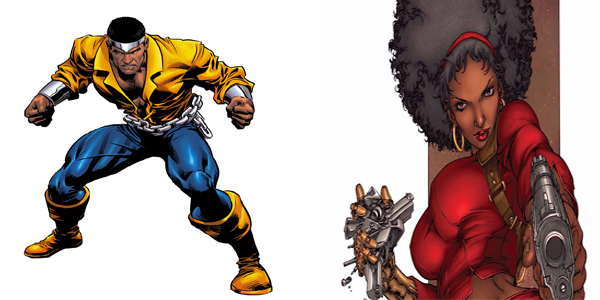 %CODE1%
It's time for another Character CornerLuke Cage debuts on Netflix this Friday. Misty Knight will also make her live action debut in that 13 episode series. We decided that this is going to be Part 1 of our Heroes for Hire series as its hard to talk about Luke Cage and Misty Knight without Danny Rand (Iron Fist) and Colleen Wing. So we'll definitely be talking more about Cage & Knight when we do Iron Fist/Colleen Wing next year, but we start you off with the essentials. Luke & Misty are both African-American characters that come from the blaxploitation era of Marvel but have become solid characters that are so much more than that. Luke Cage's origin story still holds up pretty well and is very relevant in today's climate. Misty Knight has never had her own solo book, but she's been central in several series. Give this episode a listen and check out the reading list. Most issues are on Marvel Unlimited.
Luke Cage: