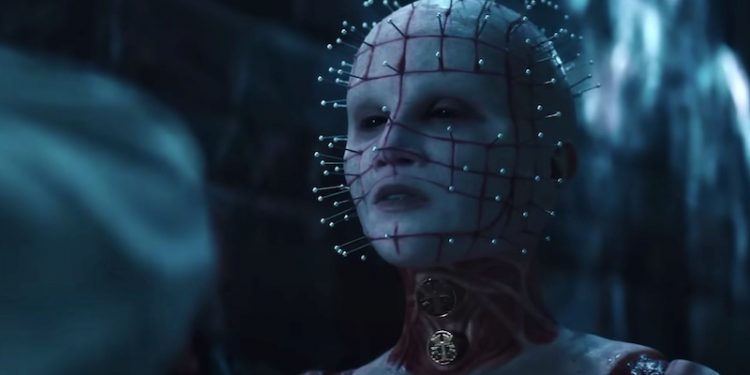 Synopsis: A take on Clive Barker's 1987 horror classic where a young woman struggling with addiction comes into possession of an ancient puzzle box, unaware that its purpose is to summon the Cenobites.

Not all horror films are created equal. There are films are classified as horror films but really just have horror elements. They're the kind of horror films that people that say "I don't like horror films" will watch. Then there are films like Hellraiser where...well...you know damn well it's the kind of horror film that people that don't like horror films won't watch. The 2022 Hellraiser is a great remake/continuous/soft reboot of the franchise. It is a very 80's type of horror film. For better or worse it has a lot of the same beats and tropes from an 80's horror film which actually makes it an even better remake. This also means that if there are people who will nitpick or complain about 80's horror films, they'll take some issues with this film. But for others, it's exactly what they would be expecting. You get the gore, the creepiness and yes, even the unnecessary nudity and sex scenes. It's all there.

Considering how niche Hellraiser is (yes, folks know of Hellraiser but most folks aren't checking for it), releasing this on Hulu is smart. This has actually been a pretty go strategy. They did the same with Prey. Release a very good film on streaming that has a cult following and get people excited for it. Then maybe the next can go to theaters and actually do well.