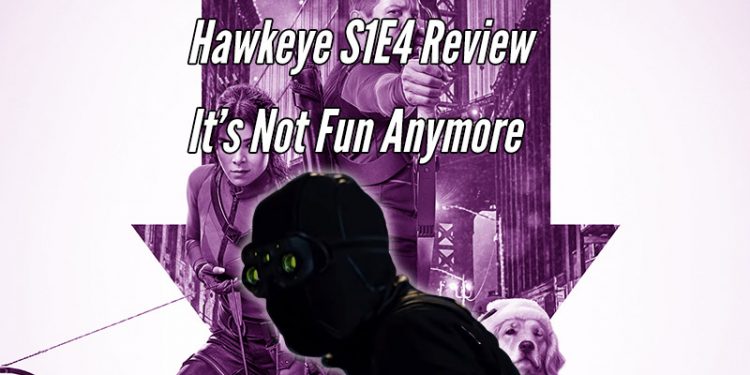 It's all fun and games until a Black Widow assassin shows up. Kate was starting to make a little progress getting Clint to accept her but as soon as Yelena shows up, Clint shuts everything down because it's clearly gotten way too serious.This episode revealed a lot (while still having so many questions). This really is all about a watch. And it might just be a regular watch with nothing fancy in it. Probably a retirement gift that traces back to  Laura. And Laura is clearly not just some quiet, simple housewife. The minute Clint starts asking Laura to run things down for him, it's clear she's got deeper connections to the "game" than anyone thought. While we don't think they'll officially making her Bobbi, it wouldn't be a shock if she's a former SHIELD Agent who had the codename Mockingbird.

We also get more of what we talked about last week with Clint revealing the way he sees himself. Not as a hero but as a weapon that needs to be pointed at the right target. It's clear that Clint hasn't given himself any grace and isn't seeing himself as worthy of redemption which is even more reason why he needs it.

There's only two more episodes left and we can't wait to see how this all ends.