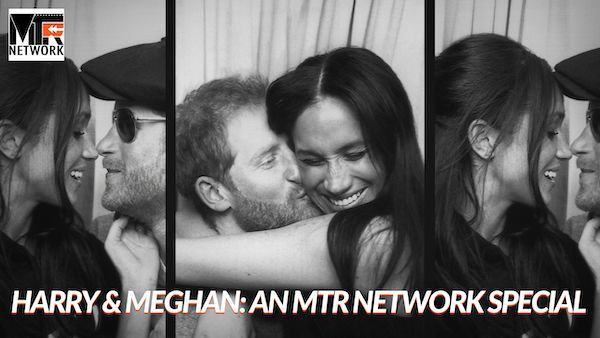 Since the announcement of their courtship the global media has been hyper-focused on the pairing that is Prince Henry Charles Albert David (Prince Harry to the rest of us) and Meghan Markle, the American actress and activist.  Like his mother Princess Diana, Sarah Ferguson, and even Princess Margaret, this hyper-fixation on outspoken women with a desire to engage the public in a new and modern way has led to a campaign of venom and hate.  Prince Harry, who expressed an intense dislike of the media and a desire to step away from the royal box even before his marriage, saw these repeated patterns and decided on a course of action that disrupted the status quo.

Harry & Meghan is the Duke and Duchess' response to the ongoing campaign that appeared to be designed to destroy their relationship and return Harry to his "rightful place."  The documentary, which features a compilation of family videos and photos, archival news footage, and personal interviews with family, friends, and the couple, attempts to provide answers to the accusations lobbied at them by the media and by, according to the couple, the institution that is the British royal family.  From four differing perspectives and understandings of the British royals,  we examine the production value of the documentary as well as provide commentary on some of the themes presented, including the development of a non-traditional family, patterns of the Black community, and more.