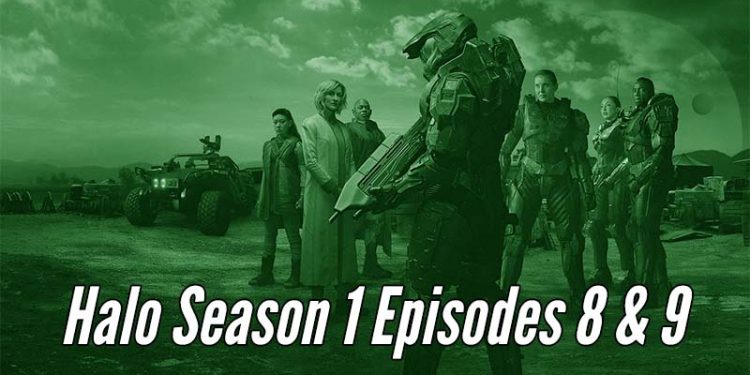 Halo Season 1 was not good. Let's just get that out of the way right now. This isn't coming from the perspective of a Halo stan/fan. Objectively, this show was a mess. It had no idea what story it wanted to tell and whenever it got a decent idea of a good story, it would then shuffle off to something no one cared about. Episodes 8 & 9 weren't bad, but coming off of that terrible episode 7 there was really no where to go but up anyway. The the real problem with episodes 8 & 9 are that they should have been episodes 4 & 5 and been the focus of the story the whole time. Instead because they weren't, so much gets crammed into them that they are illogical and the key points don't hit how they should. This show has some good action scenes and there are some good ones in 8 & 9 but it seems like overall the show is allergic to the thing it does best. Considering there's no follow up on Kwan and what they were trying to do in episode 7, one has to wonder why that was even a storyline to waste time on in season 1. But the entire first season of this show is full of that kind of confusing nonsense.

We also need to talk about how this show does a terrible job with female characters. It seems to fall into that old trope of "Oh look, this female character has emotion so let's show her being irrational and compromised." It was bad enough when they did it with Kai-125 but then they turn around and did it with Makee in the last 2 episodes. Makee goes from unflinching coldness when killing a whole ship of people to being a frail, scared woman holding a gun cause she fell in love with John and got some dick after 1 day? Come on. It's insulting.

Halo is getting a second season but it doesn't deserve it. The writing and execution of season 1 was a huge disappointment. Rewarding this show with a second season is just going to reenforce all the things it did wrong.