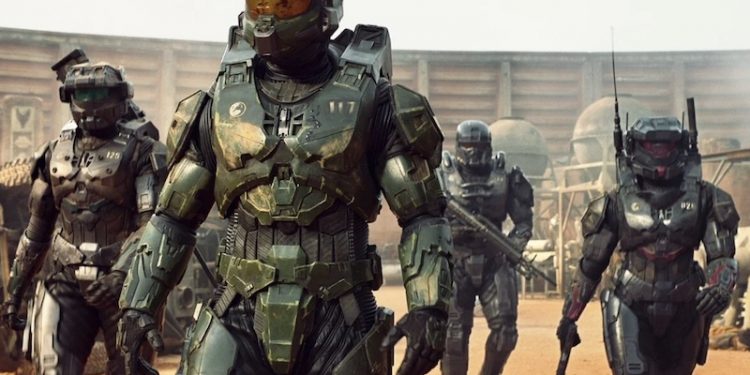 We all know that movies and TV shows based off of video games have an uphill battle. To be blunt, most absolutely suck. But things are slowly starting to change. The Halo series on Paramount+ is a great example of this. Years ago this would have been a 100 minute movie that was nothing but over-the-top fan service with a terrible story that felt like a rushed money grab. Instead Paramount+ has decided to bank on drawing folks in with ultra violence, a familiar yet unique story and making this adaptation a mini-series that is already guaranteed to go 2 seasons so it has time to grow. It's a smart calculation that makes for an interesting show that presents more positives than negatives in the first 2 episodes.

One thing should be made clear. This is NOT your kid's Master Chief.  If you have a problem with ultra violence then you don't want to watch this. The opening 10 minutes presents one of the best introduction of the main characters as Master Chief and his squad take out the Convenant that just massacred a town. And by "massacre" we mean killed just about every man, woman and child. As a matter of fact the first people killed in this show are some young teens that literally get picked apart. This series is definitely not just about showing violent alien deaths.  The backdrop of the UNC taking on the Covenant is the UNC's own violent campaign to put down a resistance from border colonies that want their own independence. It's very clear that this is a violent universe.

Pablo Schreiber makes a pretty solid Master Chief. Schreiber can be very dry and mechanical at times but that's exactly what his role calls for. The rest of the cast is a mixed bag with some feel perfect for the role while others may need a bit more time to settle in. This is mostly due to the story that takes pieces of existing Halo lore while still trying to make something unique. It's ambitious and it remains to be seen if they can pull it off both story-wise and with this cast.

The first two episodes of Halo are far from perfect. After the action packed opening of episode 1, things slow down a bit to try to fill out the world and set the scene a bit better. Halo feels like a mix of Starship Troopers and The Expanse. And that's enough to at least warrant checking out the full season.