Halloween Kills Bores You to Death 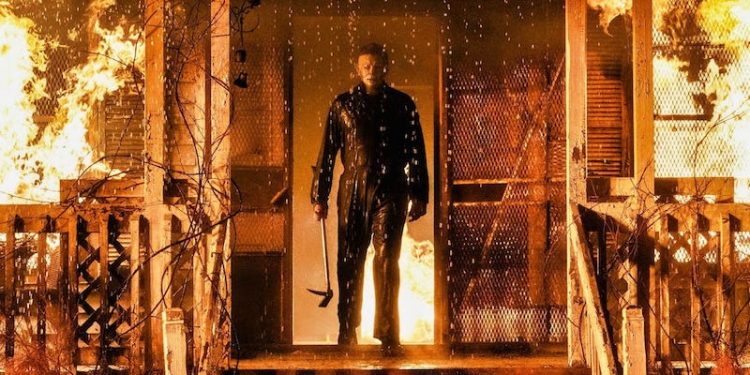 The first reaction to Halloween Kills, the sequel to 2018 Halloween, is "What the Hell happened?" The 2018 film felt like a fitting end for Michael Meyers and Jamie Lee Curtis' Laurie Strode. In that 2018 film, we watched Laurie take the fight to Michael and it was actually pretty enjoyable. Halloween Kills is a far cry from that film. It's so bad it leaves you wondering if the same crew that made the first film made this one. Surprisingly, the answer is "yes". David Gordon Greene is back as director as are the same writers (Scott Teams and Danny McBride). So what the hell happened? Why did this film fall so far off from what they originally did?

The biggest thing that doesn't work for this film is that it sidelines the best thing about the first film. Jamie Lee Curtis was great in the first film. In this film she doesn't share a single scene with her nemesis Michael Meyers. She doesn't die, she's just not used in any scenes with him. That is a bit of a spoiler but after seeing the trailers and promotion for this film, it feels like false advertisement and needs to be called out. Instead of focusing on Strode the film decides to bring in a bunch of other characters from previous films or encounters with Meyers and turn them into a militia that goes after Meyers. While that seems like a plot point that could be interesting, it falls flat for a couple of reasons.

First, it feels forced. Anthony Michael Hall plays an adult Tommy Doyle. Tommy has an obsession with taking down Michael but he thinks he's going to do it with a handful of random folks with a baseball bat. Why on earth would Tommy think a baseball bat is going to stop Michael Meyers? It just feels like the film wanted to say "See, we're connecting it all back to the original series" but didn't care how or why or even if they should. The second issue is that the film seems like it's trying to make a larger commentary on mob mentality but it does a piss poor job at it.

On a positive (maybe the only one), the kills are gory. But they're also boring. Yes, Michael Meyers is a force of nature that is going too plow through people. But Halloween Kills feels like that was the only trick they had up their sleeve and it overplayed it. At some point it felt like watching an old school horror film where you're watching not because it's scary but because the characters are so dumb they deserve to die.

This film ends with the clear indication that they want to make another one. But it really doesn't deserve to continue. Yet that's the history of the Halloween films and the curse of Michael Meyers. Even when they should die, they just pop back up and continue on.