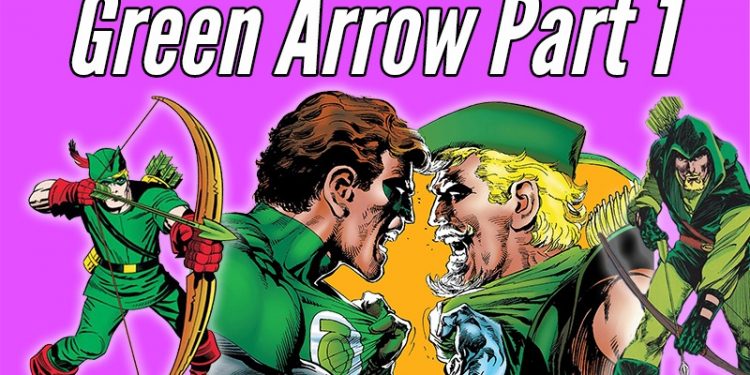 We're kicking off 2020 by covering the Emerald Archer himself, Oliver Queen. With Arrow on CW coming to a close soon, we thought it would be a great time to talk about Oliver Queen.

Golden Age Green Arrow was nothing more than an archer version of Batman. Interesting enough though the character survived relatively in tact with the transition to the Silver Age. Whereas Golden Age Green Lantern (Alan Scott) and Golden Age Flash (Jay Garrick) were replaced with new Silver Age characters (Hal Jordan and Barry Allen respectively), Oliver Queen transitioned from Golden to Silver much like Superman and Batman. The Silver Age  is where we get the more modern idea of Green Arrow/Oliver Queen thanks to Neal Adam's art and Denny O'Neil's writing. The liberal leanings of Oliver Queen not only become central to the character but it's also where the real separation between Bruce Wayne/ Batman and Oliver Queen/Green Arrow become clearly defined. We wrap up this first part of our deep dive with Mike Grell's excellent run followed by the last 20 issues of Oliver's second solo series leading up to his death in Green Arrow 101.

We have a lot to discuss so give the episode a listen and stay tune for Part 2 where we pick up with Kevin Smith's run all the way through Benjamin Percy's Rebirth run.