Ghostbusters Afterlife is a Pleasant Surprise 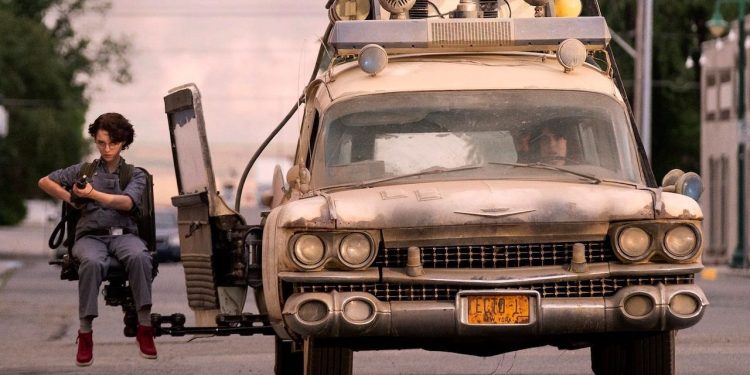 Ghostbusters Afterlife is a pleasant surprise. This is a film that had to balance the really difficult task for a film with a cult following of feeding into the nostalgia of long time fans while also bridging the gap to a new generation. While it's not perfect, Ghostbusters Afterlife does a good job of maintaining that balance. There's enough hat tips and callbacks for Ghostbuster fans but the story is also capable of standing on its own.

Ghostbusters Afterlife works well as both an introduction to Ghostbusters and a continuation of the franchise. That's a feat that's really hard to pull off these days. This film is surprisingly fresh in the story it tells. The trailers and TV spots don't really do this movie justice. From the promos you'd think this film relies solely on nostalgia and that's not true. It's a better nuanced story and balance than the promos suggest.

Overall the cast is solid. The focus is clearly on Mckenna Grace's Phoebe and she does a great job in the role. By centering the film on her character the film is able to bridge the gap between the two audiences it's trying to connect with. The rest of the cast plays their part in support roles. All of them do a great job even if their characters aren't fully fleshed out. While that can be a problem, this film leaves you curious enough to want more and the lack of attention and depth serves more as a teaser for the future and doesn't feel too much like a deficit.

One of the things that really helps this film is the setting. By moving the story out of New York and into a "middle-of-nowhere" town, Ghostbusters Afterlife feels like it has the room too be it's own story. While there are clearly callbacks and direct ties to the original Ghostbuster films, it helps to not have New York looming in the background like a judgmental parent.

Ghostbusters Afterlife works across the board for everyone. If you weren't interested in seeing this film, it good enough to checkout. If you are a hardcore fan and worried this film wouldn't live up to your expectations, you have nothing to worry about. If you're looking for a film to check out with the family and are willing to brave theaters, this will satisfy that everyone in the family. All around it's a good solid film. It also earns bonus points for setting up for continuing the franchise in new ways.