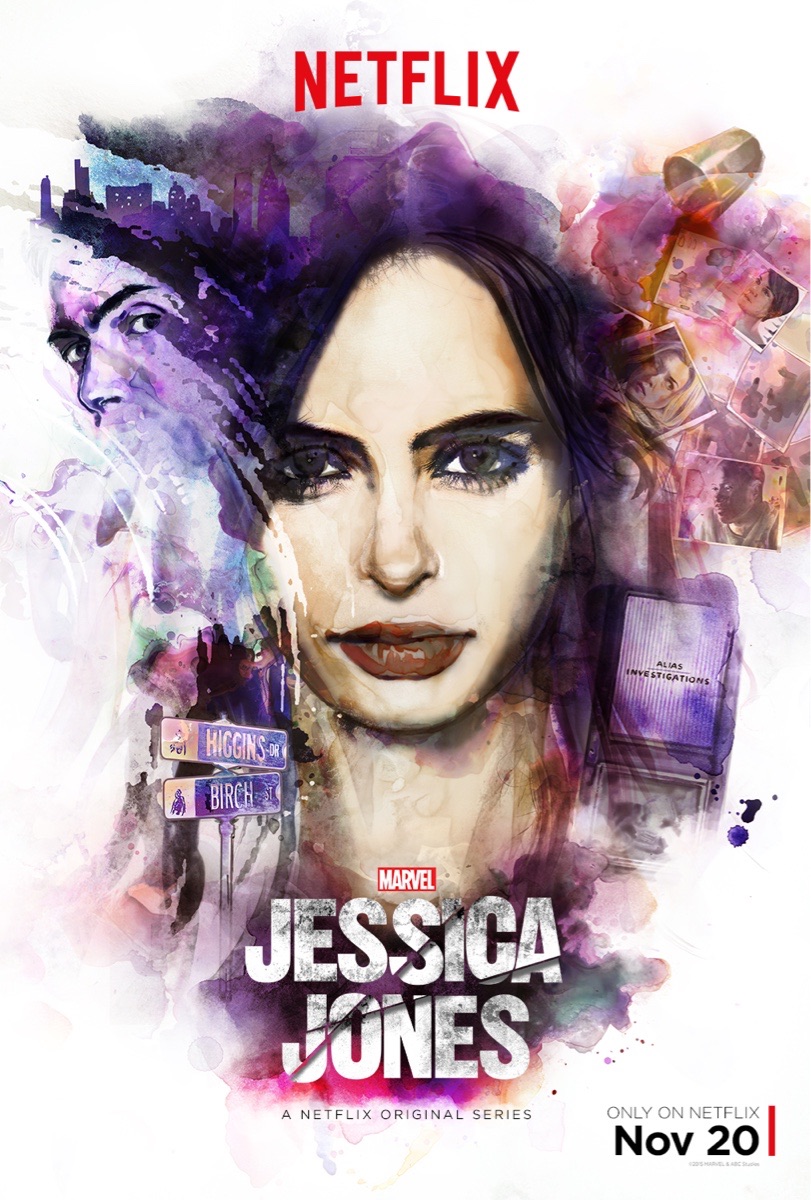 The full trailer for Marvel's Jessica Jones set to be released on November 20th on Netflix is here!

The trailer seems to be sticking to the tone set in Daredevil in that it's very dark and violent. Krysten Ritter really seems like she's going to nail this role and I look forward to Marvel's first live-action focus on a female character. For all the talk of Marvel pushing back Ms. Marvel and taking too long on solo female character movies, people seem to forget that Jessica Jones will basically be a 13-Hour movie. This is a huge milestone for Marvel.

David Tennant's Kilgrave is mostly in the shadows, turned away from the camera or just giving a creepy voice-over but it works. Michael Colter's Luke Cage is also featured heavy in this trailer so we know he'll play an important role. In the trailer he's talking about knowing that she has powers. I'm assuming that's what they bond over. We even see the two sharing a very intimate moment so we know where they're going with this.

I love that Marvel has perfected having different tones for the different types of medium they're on. Network TV is a bit lighter (although it does have its dark moments), the movies are equal part serious and funny and then Netflix is where they go to go super dark. It's working so far. You can find whichever tone you're looking for that suits your need or enjoy them all.