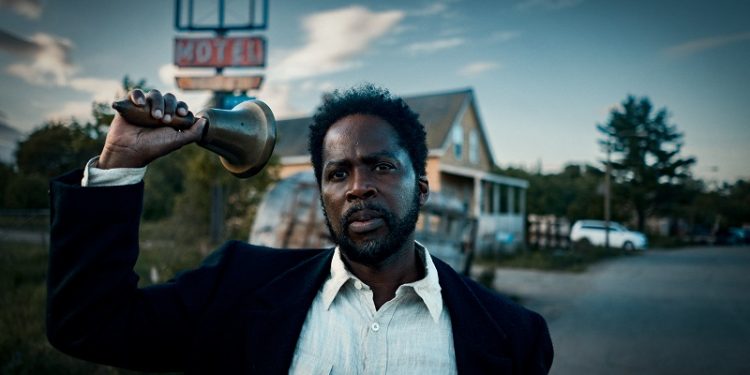 Episode: Long Day's Journey Into Night8
The Way Things Are Now7
Choosing Day7
A Rock and a Farway7.5
This Harold Perrineau-led ensemble are trapped in tense cat and mouse game with a town intent on eating its own...literally.
7.4

Showtime's Yellowjackets, an early 2022 break out, (re)set the bar for a dynamic genre-blended series. Now, EPIX's hopes to pick up the baton with its new slow-burning horror series From. Just in time, because thanks to shows like The Boys, and The Expanse, people are rediscovering the joys of not binge watching. There's something about being able to let an show sit with you, mess with your head for an entire week. And From definitely intends to mess with your head.

From turns a rundown small town in the middle of nowhere into the living hellscape a hodgepodge ensemble find themselves trapped in. There are monsters, mayhem, small-town politics, and world-weary townspeople just trying to make it through the day...and night. 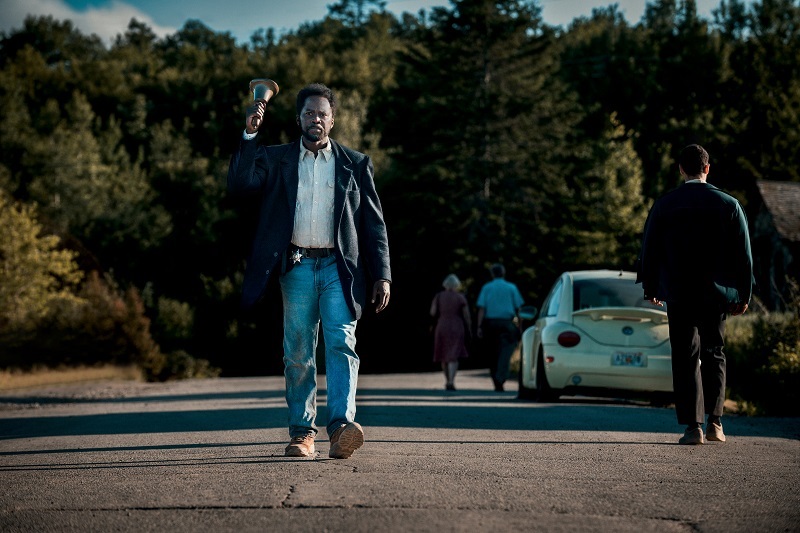 Long Day's Journey Into Night Synopsis: The Matthews’ family road trip takes a horrifying turn when they are detoured to a small pastoral town from which they cannot leave. When their family RV crashes, Sheriff Boyd Stevens and other residents rush to save them before the sun goes down.

The Way Things Are Now Synopsis: At Colony House, Tabitha and Julie grapple with their new nightmarish reality; out in the forest, Jim, Boyd and Kristi struggle to treat Ethan's injuries; tragedy strikes from an unexpected source as a new threat arises in the town.

Choosing Day Synopsis: The Matthews family must choose which of the two settlements they will join; Jade comes to terms with his situation; Boyd is faced with an impossible decision that strikes at the very heart of life in the town.

A Rock and a Farway Synopsis: Julie finds comfort in her new friends; Jim and Tabitha deal with their struggling marriage; Ethan ventures off into the forest with Victor; Father Khatri urges Boyd to embrace his role as leader; Sara receives another horrifying directive

The show starts with a visibly tense and disheveled Boyd Stevens (Harold Perrineau) hoofing it down main street sending out a clarion call with an old hand bell. You're not exactly sure what's the hurry but the sense of impending danger grows as he moves through town and the sun slips slow over the horizon. The blend of bleak lighting, seemingly broken down buildings, and eerie soundscape this isn't a happy, thriving small town. These people are scrambling to get inside, lock doors and checking windows like a wicked wind's about to blow through.

The small details set the stage for what's to come, a man passed out drunk on the floor, a woman waiting anxiously on a porch across town before ushering a young girl inside and slamming the door on a curse. People in different homes all patting a talisman hanging by the entry before pull down shades and closing curtains. As the camera travels about town giving glimpses of harassed-looking townspeople sheltering in place.

That growing sense of doom comes to a head when a ghostly looking grandma convinces a child to open a window. Demonstrates that something monstrous stalks the town's inhabitants ever night. The consequences for falling prey to its scheming are, gruesome.

From builds it's mystery from the ground up

The point of view shifts to a family on a road trip. The Morrison family traveling a back road by RV destination unclear.  A fallen tree in the road pushes them off course, and into this no name town. As they roll down the main thoroughfare, the entire town's decidedly unwelcoming.  It's a grim and unsettling introduction to a community divided and a deadly mystery. One that unfolds step by ominous step.

There's family conflict, murder, mayhem and mystery. The cast of characters is varied and every variety of walking trauma imaginable. You'll flinch, laugh, cry, judge and wander over to your windows to be sure they're locked tight.

You'll be all in before the first opening sequence ends.

From doesn't shy away from showing death or dismemberment. That's not to say the violence is gratuitous, far from it. But the grim circumstances and underbelly of pain running through this broken down small town is a character all its own. For every rule of unraveled, there's a secret lurking in plain sight. For every question asked, a player with answers gets shuffled around the board. The pace is slow, but the drama relentless. Each member of the ensemble turns in a stellar performance that helps the narrative hold through the ebb and flow of a sometimes uneven delivery. From challenges you to check your gut and dares you to figure out what really connects these people to one another...before the sun goes down.

Listen as Kriss and Ro talk about their initial impression on the main feed. Then be sure to check out From and circle back if you're a premium subscriber as they dig into the first four episodes.