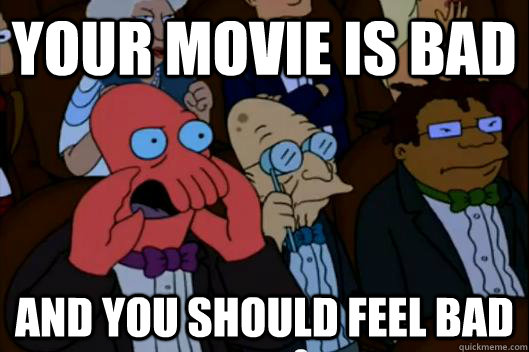 Hollywood drank from the Well of Welp! this weekend catching flops left and right at theaters. 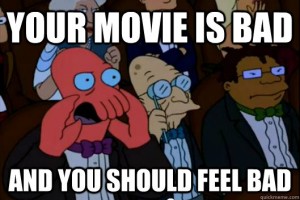 The box office, turned full Hurt’s Locker with bombs that we all saw dropping, generated a pitiful piss poor excuse for profits with last weekend's openers.  The Last Witch Hunter, may God have mercy on our souls, will live up to its name after a measly $24M in ticket sales on an more-than-epic "How Sway?!?" $70M budget.  Jem and the Holograms’ made audiences feel about as dumb as saying self-suidcide.  Steve Jobs hoping for an Oscar Nomination, while being another Jobs movie at the same time added up to 2x flop. Bill Murray’s fill happened too, did we even know?  Even the fanatically followed Paranormal Got-Damnit-y, worshipped by wounded Halloween hell-junkies world-wide fell victim to this Floptober Fest. Ben Carson made more sense than these films did this weekend, and I for one am not at all bothered by these Hollywood shenanigans.  Mama told yall there’d be days like this.

The easiest target is Jems and thems. Nobody wanted this movie. Parents didn’t want this movie. Their kids didn’t want this movie. This should have been scrapped at the studio board meeting, which was possibly a cocktail party in disguise.  A clear case of title jackery, 40-something Jem fans were not having it.  The saddest part is given its own identity, this could have been a cute little ABC family mother-daughter tv movie. Now Jem and The Gilmore Girls, that would have been a box office smash!  Congrats gals, you all get to share in this Flop!

The most egregious offender is Vin Diesel’s own D&D and *sigh*bauchery, The L(e)ast Witch Hunter. With more flops than witches, oodles and oodles of potential lie in the damp ear pits of this big screen mess that made Hanzel and Gretel Witch Hunters seem unjustly misunderstood. See our MTR Review for what this film could have been. 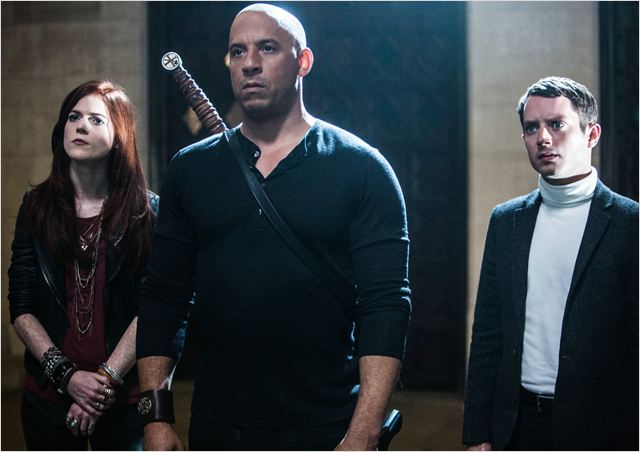 "Looks to be a flop fast approaching" - Elijah Woods

The Last Witch Hunter is supremely vapid. It actually deserves more vap. As a film critic, I wanted to leave so bad I had an outer body experience. $70 million could have been better spent feeding the homeless than starving audiences of action, adventure, and some lick of purpose. This whole film is morally unjust.  Anything that thinks "witch prison" is a good idea is morally unjust.

How do you make a billion dollars off your 7th time racing cars with your “fam-uh-lee” and Tyrese but can’t even make a cool $50 million slaying witches with Jon Snow’s Ex?  Nobody wants to see this Game of Flops, Vin. Nobody! Paranormal Activity: The Ghost Dimension, because it's what comes after the colon that makes these not the same ole bullsh*t, is probably more Ghost Dementia than anything else. Because these films only cost two Egg McMuffins to make, everybody wins. Admittedly, I haven’t seen this film, but do you really NEED to see this knowing you won’t actually SEE anything? Let me guess, some footage is found. The found footage is somehow mysteriously edited. On the footage things happen to people that should have just left before sh*t got reel. Mo'Better life choices please, or just go see Poltergeist instead.

They didn’t even release it Halloween Weekend. You had ONE JOB Paramount. Flop Stew!

Wake up Hollywood. Your films aren’t made of teflon and even if they look it, they’re no match for these armor piercing flops. It didn’t have to be like this. PA was released too early, and may actually do better this weekend. Vin should have agreed to less smiling and more witch slaying in his contract. Michael Fassbender can’t save everything so stop wasting his time (he gone get this Oscar Nomination though). And, Jem and the Sleepy Holograms should have stayed the Unauthorized Story of the Spice Girls on Lifetime. Fact, people love Lifetime movies and people love chitlins, you don't have to understand it to make it true.