The Flash Review: Crazy For You 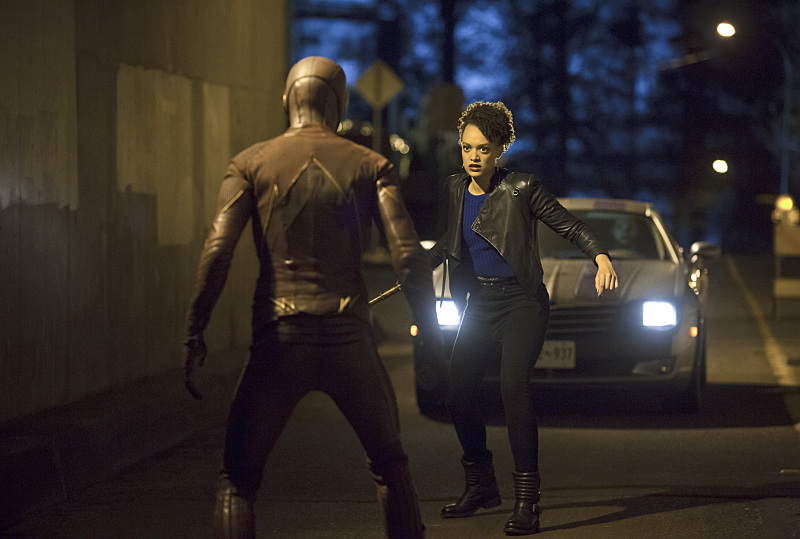 The Flash continues to amaze me as a show, not just because it’s probably the best comic book TV series we’ve ever had for an A-List character but because it’s being developed on the CW network. I was already majorly impressed by what CW did with Arrow and they have then blown that out of the water with what they’re doing with The Flash. This is pretty amazing when you think about the fact that before this we got Smallville and while it definitely did “ok” and had it’s following, true comic book fans had to accept a lot of compromises. Hell, I remember when CW did an Aquaman TV show pilot in the same vein as Smallville. Oh you don’t remember that. Let me help refresh your memory with a link to the pilot. 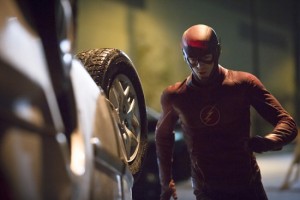 Thankfully instead of that, we got Arrow. And as that show matured we got The Flash and I have to say, I’m loving the fact that we’ve reached this point. I mean just visually, what we get on The Flash is impressive for low budget movies…and this is coming from THE CW. I mean look at what they did on this episode. I was very impressed with how they handled the powers of Lashawn Baez aka Peek-a-Boo (First Dr. Wells and now Caitlin, Cisco has worn the team down and now they’re all getting in on the naming action). It’s the little things that matter to me, like the fact that she carries a little telescope so that she can teleport further distances. And the effects looked great. I’m glad we’ve reached the point where Barry is “locking up” metahumans in the STAR Labs makeshift metahuman prison because I look forward to seeing Flash & Peek-a-Boo going at it again. I love the fact that each week they find ways to challenge Barry with new villains that make him think. This is a guy who can reach just about anywhere in the blink of an eye so it’s actually a challenge to find ways to push him. Super speed versus teleportation is definitely one way of doing that. If there is one complaint I have is one that is an understandable theme throughout this first season and it’s that these metahumans Barry deal with get underutilized. It was kind of an anti-climactic ending with Baez. This is understandable though because this is more about developing Barry and other major storylines while just introducing these villains. And we know they’ll be back. 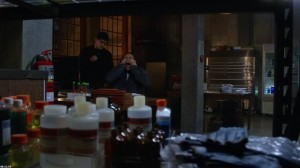 Speaking of being back… I’m really enjoying the Hartley/Cisco dynamic. Hartley is pretty much Cisco archnemisis. Andy Mientus was pretty great in last week’s episode but as I mentioned above, didn’t get enough of him and his story seemed a bit underdeveloped. Well we get more of him this episode and now that he’s not wearing that silly Harry Potter-like hoodie. He’s such a sneaky and unlikable character. He’s so formidable not because of his powers but rather his intellect and ability to manipulate people. We all knew Cisco shouldn’t trust him. Hell, even Cisco knew that. But Cisco’s guilt over Ronnie outweighed his sensibility. Hartley knew this and took advantage. I will say that Cisco surprised me and didn’t go down without a fight. Cisco has some moves on him too. He still gets overpowered by Hartley but Cisco looks to be able to hold his own a bit. Maybe a bit of foreshadowing? I do wonder just how Hartley got another one of his ear implants because I remember Cisco saying he removed those last episode. I gave that a bit of a sideeye but I enjoyed seeing Cisco trying to be a hero on his own even though it failed. Also it’s nice to finally get confirmation that they’re really going with the split personalities of Firestorm. You have to love how this show goes all in. 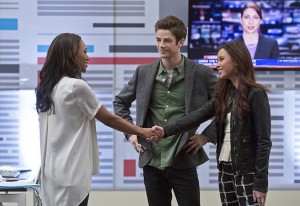 When the chick who put you in the friendzone meets your new chick....

Who knew Barry Allen could sing? Barry and Caitlin at the bar was hilarious. I can’t be the only one who thought that Barry was using his powers to vibrate his vocal cords and sound a bit more…soulful. We also get introduced to Linda Park, a new love interest for Barry. Part of me is hoping they let this Barry/Linda relationship develop a bit. It’s nice to see Barry getting “out there” again and realizing he’s only in the friendshipzone with Iris because he’s wallowing in it. Iris clearly wasn’t feeling Linda moving in on her ‘best friend’ but…hey, them the breaks. That’s what happens when you put a guy in the friendshipzone and he stops pitying himself and moves on. Speaking of “moving on”…is it me or did Caitlin seem a bit interested in Barry? First there was her showing up in the bar with that outfit on. Then there was her whole “Did you sneak a peek? You deserve it”. Then at the end when she was talking to Barry she was kinda giving him the “I mean…I can replace Ronnie with you” look. Of course, Barry being as oblivious as he is didn’t notice it. All this talk about Barry in the friendshipzone and he’s put two hot women in the friendshipzone himself.

This week’s Black Fatherhood Moments bring in not only Joe but Barry’s biological father, Henry West. Before you say anything, yes, I’m aware that Henry is white. But much like race isn’t a factor in determining if something falls into the Impossible White Man category, the same applies to Black Fatherhood Moments. And man, in this episodes are those moments good. First there’s Joe calling in a favor to get Barry and Henry a moment to see each other without being behind the glass. That’s why Det. West is such a good father. He knows when it’s time for him to just fall back. But the real tear jerkers were after Henry Allen got stabbed and he was trying to tell Barry that he was trying to help because it’s the first time in years he’s been able to help his son. And as if that wasn’t making it dusty enough in here, then at the end he starts with his whole “If my son was the Flash…” speech to Barry. I swear, someone was cutting onions during that scene. I think it’s Henry knows Barry is The Flash and after watching these scenes, man am I glad about that. Those were some top notch scenes. We can talk all we want about how visually awesome this show is, but it’s the moments like this (or even when Cisco was explaining why he let Hartley out) that let me know why this show is this good. That’s some great acting in these scenes. 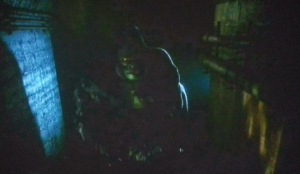 Now before I end this review you know I gotta talk about it. Listen man…they really went and did it. They really went and got a CGI Gorilla Grodd. I don’t even know how to properly react to this. We knew it was coming. We saw the Easter Eggs. We saw Wells even talk to the Gorilla (off screen) before the accident. We knew that they said they were going to do it. But…DAWG THEY REALLY DID IT. I really thought that scene was just going to be another Firestorm scene until I saw “GRODD” scrawled all over the wall. And while the lighting was dark, you could see enough. I don’t know where they’re getting the budget for this show from but I hope it never goes away. Think about all the stuff we’ve seen on TV. I’ve watched a lot of Sci-Fi shows. Nothing compares to what The Flash is doing. And you know the crazy part? This is just Season One. There’s still room for improvement. We don’t deserve this goodness.