The Flash Review: The Sound and The Fury 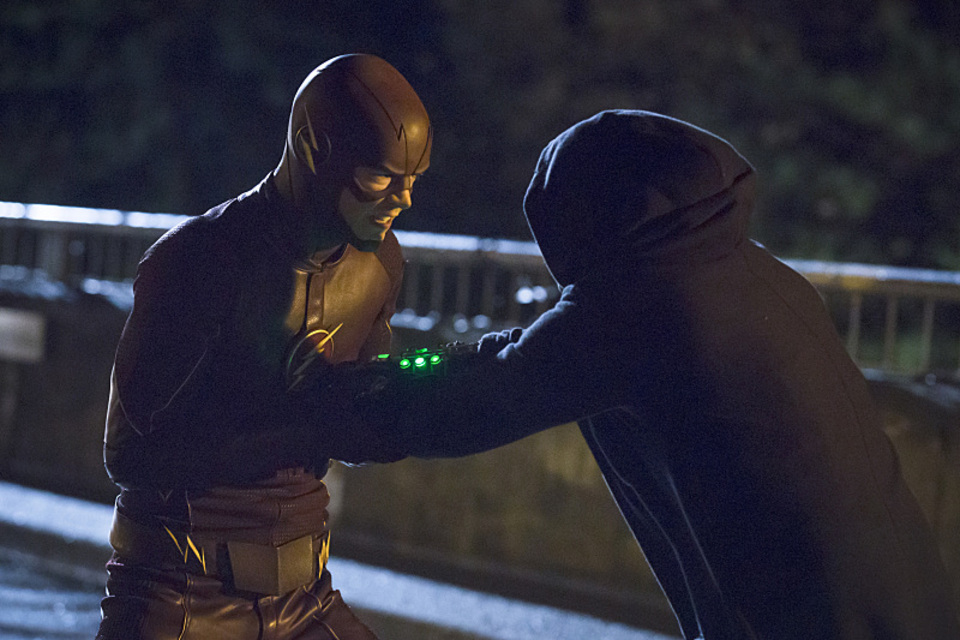 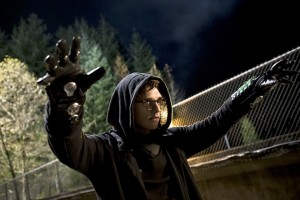 I said it last week and I meant it:  If you don’t like Cisco,there is no hope for you.  That’s why I knew Hartley Rathaway was up to no good.  If you see Cisco in a “Keep Calm & Han Shot First” shirt and STILL have a problem with him, there’s nothing that can be done for you.  While I wasn’t sold on Hartley Rathaway’s motivation (or his Harry Potter hoodie), I think he turned out to be a pretty good villain for the show.  Here we have a  villain who is as shady and smart as Dr. Wells and that’s going to cause a real problem.  I especially liked the end when he told Cisco that they’ll let him out once they come to him when they realize he knows what happened to Ronnie.  I think we’ll definitely be seeing more of Rathaway.  Costume aside, I think Rathaway can be a challenge for Barry and the STAR Labs group going forward.  I liked how he was able to figure out that The Flash was working with STAR Labs because of an algorithm.  This is a similar way to how Oliver’s hideout has been discovered on Arrow.  So Rathaway definitely has the means to be a problem.  He was fine in this episode but I think the focus was more about revealing the depth of Wells deception than focusing on Rathaway. 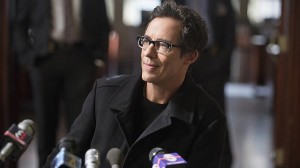 Dr. Wells continues to be a fascinating character to me.  All signs point to him being the Reverse Flash.  We even get to see Wells using super speed a couple of times.  Before that though, I think seeing Wells help Barry stop the members of the Royal Flush Gang (Nice callback to Season 1 of Arrow by the way) was a clear sign that Wells had speed himself.  Only another speedster could really have put together that plan to redirect the traffic.  We eventually learn that while Wells does have super speed, he’s losing it and losing it at a faster rate.  He’s using the Tachyon device to tap into the Speed Force and help him maintain his speed but he won’t be able to keep that up.  It’s clear that this Dr. Wells isn’t the Reverse Flash we saw in The Man in the Yellow Suit.  No way he could whoop Barry’s ass like that in the stadium.  Plus, we saw Wells, The Reverse Flash and Barry all in the same room at the same time before.  So that leaves there being “another” Reverse Flash.  Maybe it’s another version of Wells from the Future.  All the signs are there.  Wells has the suit, he has super speed, he’s shady, he’s killed before…Papa Joe doesn’t trust him.  This is the most logical theory.  That somehow Wells is working with another version of himself from the future.  However that’s also why I’m hesitant about it.  This show is from the same folks that I've us Arrow.  They love giving us misdirection and blowing our minds when we think we have it all figured out.  I don’t think it’s an accident that we went an entire episode of The Man in the Yellow Suit and DIDN’T see Wells’ face with him in the suit but then we see he has a Yellow Suit in his hidden room.  I’m also still stuck on how Reverse Flash didn’t lay a finger on Eddie.  So that gives us three speedsters:  Barry, current Wells and “Other” Wells.  I’m also starting to believe that Wells is really a Thawne.  It would explain why he didn’t hurt Eddie.

This is why I love this show so much.  All the signs are there that Wells is evil but then we see glimpses of him doing the right thing and being selfless and it causes doubt.  He didn’t reveal THE secret to the team but he did admit that he was warned by Hartley that there could be a problem and he ignored it.  He thing held the press conference to admit it to the public but it’s really seeming like this is all part of Wells’ game of chess.  He sacrificed a pawn (Admitting he ignored warnings about the particle accelerator) in order to check mate Hartley and earn the trust back of his STAR Labs team.  Tom Cavanagh is playing the hell out of this character.  It takes skill to play a character like Wells.  This is a character that is shady but has moments of selflessness…but then those moments are still rooted in selfish behavior. 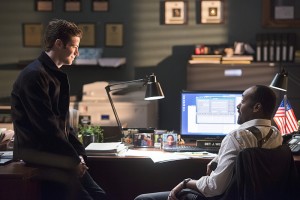 This Week’s “Black Fatherhood Moment” is mainly about Joe’s “Black father intuition”.  He’s never really trusted Dr. Wells and the incident with Hartley at Wells’ home only increased that suspicion.  He knows things aren’t adding up and Barry is  like a son to him and he doesn’t want him to get hurt.  Joe’s now recruited Eddie to help him look into Wells.  Which if there is a connection to the Reverse Flash and Eddie, that should be interesting.

I should mention that I didn't care too much about the scenes with Iris starting at the newspaper.  Mason did have some bars ("Cause you have a blog?  My mom has a blog") but it felt forced in this episode.  I haven't had a problem with Iris for most of this season but with everything else going on, these scenes felt out of place this week.

Another solid episode for The Flash.  I think the shadiness of Wells overshadowed Hartley Rathaway but I like that Rathaway will have some part to play in the future, particularly with what’s going on with Ronnie.  He served his purpose in this episode to peel back some of the curtain on Wells and I think it’ll be interesting to see what happens when Wells’ true intentions are revealed.  It’s going to be devastating for Barry, Caitlin & Cisco who all look up to Wells but it should be satisfying revenge for Hartley.