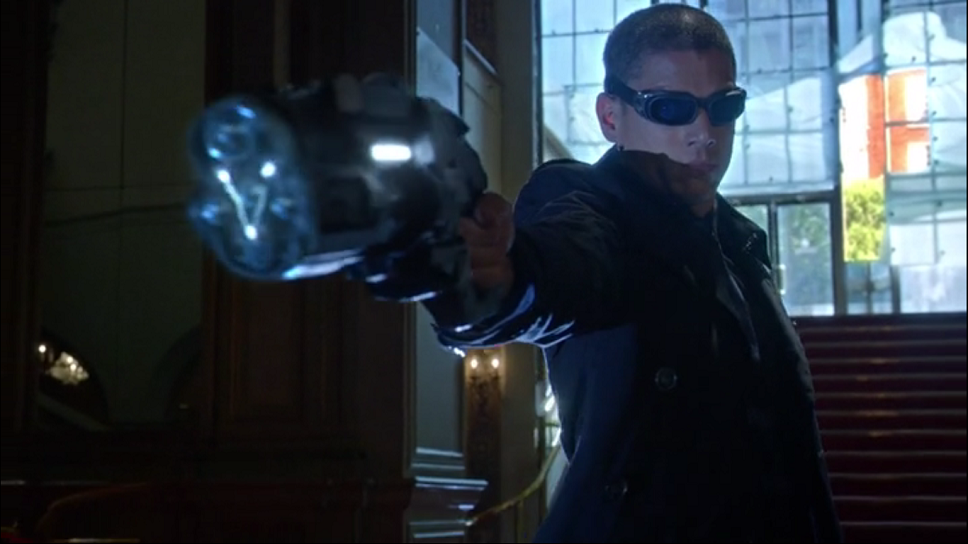 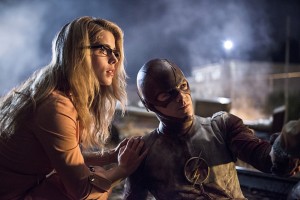 So here is something folks need to keep in mind when reviewing TV shows: How long is the season?   If a show is only going to have 10-13 episodes then the pacing of the season is probably going to be fairly quick.  However if a show is going to have a full 20+ episode season, the pacing of the show is going to be much slower.  The Flash, Arrow, Agents of SHIELD and Gotham (which recently got a full season order) are all in that 20+ category.   I think it’s important to recognize that because if you approach a show with 20+ episodes the same way you would as show with a shorter season, you’re going to find yourself rushing the development of the story.  So, why am I bringing this up in this review of The Flash?  Because the show is 4 episodes in and I’ve watched people for the first 3 episodes complain about the villains not being strong enough or not developed enough.  Listen….the first 3 episodes of this show were about establishing Barry and his surrounding characters.  It would have been a terrible idea to try to do that AND try to establish bigger villains.  In a 23 episode season that’s just not a smart idea.  It’s TV Show 101.  You have to let the TV show define the main characters and flesh them out and THEN you can start adding in better, more well thought out (and recurring) villains.  And that’s EXACTLY what The Flash does in it’s fourth episode Going Rogue. 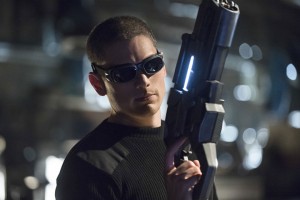 Captain Cold, aka Leonard Snart is one of the Flash’s main Rogues.  And this episode does a great job of introducing him and setting him up as such.  First off, Wentworth Miller was a great cast as Snart.  I never really watched Prison Break but I know of Miller’s work on that show and in other places and I like him.  He pulls off the cold, calm and calculated persona of Snart extremely well.  There’s a sense of arrogance to him that he brings that is so necessary when you have a villain (who isn’t a Metahuman) going toe-to-toe with a character like Flash in a recurring role.  Even better, at the end of the episode, they show Snart recruiting a new partner to help him take on Flash.  While some folks might have guessed that it’s the character Heatwave, you might not know that Dominic Purcell (also from Prison Break) will be playing that character.  So I fully expect to be seeing more and more top level Rogues going up against Barry and his team. 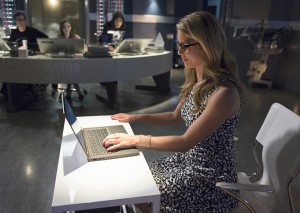 As if that wasn’t enough, we also got Felicity(Emily Bett Rickards) visiting Barry in Central City.  First off, Rickards looks better and better every season.  This season she’s been killing these dresses.   Her looks are actually becoming a problem on any shows she’s on.  Why?  Because it’s becoming increasingly hard watching guys turn her down when she’s the hottest woman on any show.  Maybe it’s just the nerd in me but yeah I’d take Felicity over just about any of these women (granted, Iris might be neck-and-neck).  Anyway, the great thing about having the Flash and Arrow in the same universe is that its a great way to alleviate bloat on either show.  Felicity fit in pretty well on The Flash.  Actually she fit in so well i wouldn’t mind her eventually switching shows permanently.  I loved the fact that they showed that Felicity’s actually been kinda stalking Barry.  She listened in on his conversation with Oliver.  She’s hacked into the STAR Labs satellites “from time to time”.  I find this amusing when you consider how Felicity’s creeping on Barry is up there with Ray Palmer creeping on her back in Starling City. 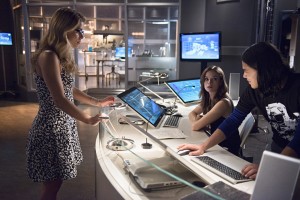 Cisco being the one who created the Cold gun and it causing Barry to distrust him was good plot twist for development.  The biggest reason for this was to once again differentiate this show from Arrow.  Felicity’s appearance on this episode served a purpose beyond the possible romantic aspect.  She gave Barry some pretty good advice about not shutting out the people who were there to help him and to work as a team.  Felicity knows Oliver’s biggest problem is shutting people out and so she knows that Barry should learn from that mistake.  And honestly, you couldn’t blame Cisco for doing what he did. They didn’t know how Barry would react or if he would be good.  What if they did need to stop him?  Cisco actually pulled a “Batman” in that regard.  What was really interesting to me though was Professor Wheels….I mean Wells’ reaction.  He was actually even more upset than Barry was.  This again makes me wonder just who is Wells.  Is he really a friend or is he a foe?  Sure, he’s protecting Barry but if he turns out to be someone like, the Reverse Flash, is his protection of Barry self serving?  It was also telling that he knew who Felicity was and that he was keeping tabs on her (as well as other talented individuals).  I’m not sure whether to trust Wells or not and that mystery and suspense is another gripping thing about this show. 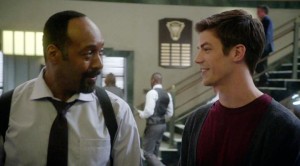 Once again I have to point out Jesse L Martin’s performance as Joe West.  He’s killing it.  Honestly, I’m gonna need to start dedicating a section of my review to Joe West’s Black Fatherhood Moment of the Week.  This week they switched it up on us and gave us some Black Father-Daughter moments.  When he was explaining to Iris why he was against her and Eddie having a relationship, it made so much sense.  And then at the end when he realized that he was wrong and explained that to Iris?  It was so good.  Martin is such a top notch actor and he’s so good at this.  And he’s got bars.  When he hit Eddie with that “Oh that’s right…cause I tell that story to my friends and me and you aren’t friends”?  Man listen….

Lastly, as always, let’s talk about the effects of this show.  Are they “perfect”? Of course not.  This is a TV show after all.  However, for a TV show, these special effects are beyond amazing. Remember, this is also the CW so its not even one of the major networks.  On top of that, each week the speed effects on this show make what we saw in Days of Future Past look flat out silly.  The scene where Barry first stops Snart and his crew from robbing the armored car was excellent.  Then there was the scene at the museum where Barry couldn’t save the guard.  But the best effects were for when Barry saved all those people on the train.  When they slowed it down and you could see Barry tapping into the Speed Force to save the last woman?  What more could you ask for?  This was  me when that scene happened:

And just for a bonus we got Barry on the treadmil again (twice).  This show is doing something I was worried they WOULDN’T be able to do with a TV show like this and that’s showing Barry Allen using his powers all the time.  I mean they just aren’t shying away from it at all.  The ONLY thing I could see as being a little off was some of the times Captain Cold used the free gun but again, it just wasn’t enough for me to really be that bothered.  Again, name a show on TV right now with better CG and special effects?  Right….

Look, I know I’m giving this show close to the same score each week but I’m gonna be real, I’m just having too much fun geeking out watching it.  This is the first A-List superhero show we’ve gotten since the beginning of the comic book movie revolution and it’s firing on all cylinders and is absolutely excellent.  Also props to the folks who named this episode.  It literally made me forget that Sarah Palin's stupid ass book was named "Going Rogue" until I did a Google Search.  Well played.