The Flash Review: S1E10 – Revenge of the Rogues 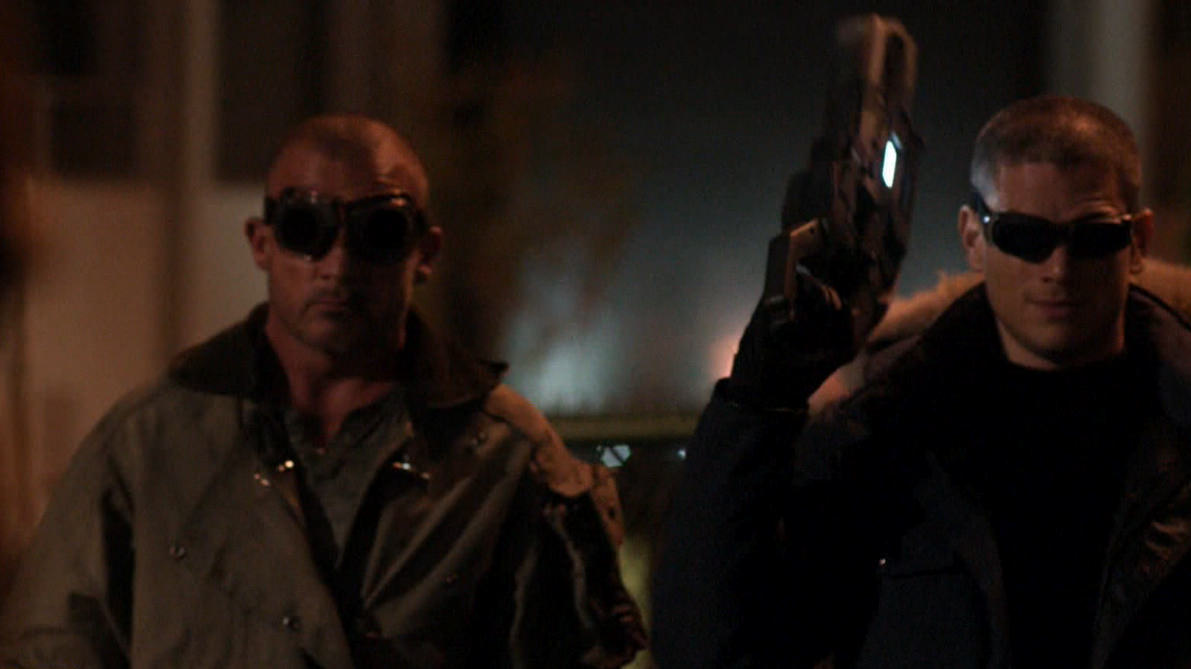 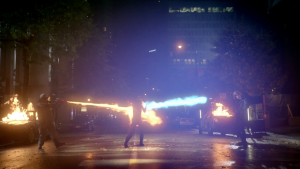 Barry Allen is back and he’s dealing with he realization that he’s NOT the fastest man alive.  The first thing you noticed about Revenge of the Rogues  is the new attitude of Barry Allen.  After the events of the last episode with the Reverse Flash showing up and beating Barry, Barry’s focus at the beginning of this episode is only on getting faster.  In case you forgot this show has some of the best special effects ever seen on a TV show.  The scene with Barry taking on Cisco’s drone was great.   The scene was so impressive Wells almost stood up out of his chair. Not only that but it seems like Cisco is starting to wear Wells down with his codenames for villains.  I’ll be honest, if you aren’t a fan of Cisco we can’t be friends.  He represents the excited comic book nerd in all of us and it’s great to watch. 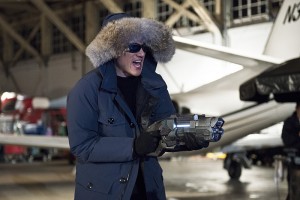 Wentworth Miller as Captain Cold was one of the best villains outside of Reverse Flash that this show has had.  Now this show ups the ante by teaming up Miller’s Captain Cold with his fellow Prison Break alum, Dominic Purcell, to play Heatwave.  I never watched Prison Break but its clear Miller and Purcell have great chemistry together.  Just like their choice of weapons, Snart & Rory have personalities that complement each other.  Snart is cold and calculated while Rory is an insane pyromaniac.  Whenever villains team-up, it’s always interesting in seeing the different personalities and where the conflict between the two come from.  I also loved that we saw Snart has become obsessed with Flash.  As Rory pointed out, he’s abandoned being a perfectly planned and timed out thief and is focused almost solely on drawing the Flash out. An interesting thing about super villains is how obsessed they become with stopping the hero.  Most times its to their own detriment.  In this case, Cold & Heatwave could have made a lot of money and then left.  Instead Snart has become so obsessed with taking out Barry he ironically was the one to reverse Barry’s decision to not get involved.  Had Snart just flown under the radar or gone back to his perfectly planned capers, chances are Barry might have stuck to letting the police handle him.

Two significant things that happened in this episode that will change how Barry and his team.  First, because of his fight with Captain Cold & Heatwave, The Flash is now public. It was clear from when they named this show that Barry would eventually be called the Flash, they just wanted to set it up.  In 10 episodes he’s gone from “the Streak” to now being called The Flash.  I won’t lie, i even geeked out a bit when Cold called him “The scarlet speedster”.  Now that The Flash is public that’s going to change a lot of things (as Captain Cold put ominously).  This means other metahumans (or at least the knowledge of them) will become public.  It also means, like Cold and Heatwave, we should see an escalation in villains and raised stakes as the public becomes more of a target. 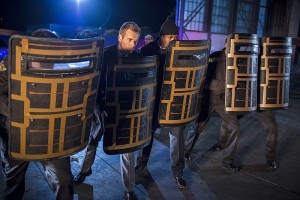 The second significant thing was a change in attitude towards STAR Labs.  While they haven’t touched on it a whole lot before this episode, we know that STAR Labs is blamed for the particle accelerator blowing up.  So it was not a shock to see Captain Singh very skeptical of the help of Cisco and the lab.  By the end of the episode we see Singh have a change of heart and thank Cisco for his help and the shields.  I think that’s a good step in the right direction for getting STAR Labs back in the the public’s good graces.  Of course, I think this all goes to hell again once the inevitable “prison break” from their metahuman containment unit happens but we’ll see.

It’s clear that Ronnie & F.I.R.E.S.T.O.R.M. are going to be a pretty big part of this show.  There’s a lot more going on with Ronnie and Caitlin is starting to put the pieces together.  We get an introduction to Jason Rusch in person and mention of Professor Martin Stein who was leading Project F.I.R.E.S.T.O.R.M and then mysteriously disappeared.  I know the Internet is full of spoilers with who Rusch & Stein are so I won’t spoil that here for people who don’t want to know.  Those who do want to know can look them up.  I will say that what I love about this is that this show is going to “go there” with Firestorm.  The reason why that’s exciting to me is that a lot of times shows (and even movies) don’t fully embrace certain characters by including everything about them.  They will keep the general powers and name but maybe won’t go with every element.  So far, its looking like for this show, they’re going to be as close to comic book Firestorm as possible which is pretty damn cool to me.  It’s hard to remember this is a CW show sometimes.  CW made a commitment with The Flash to go full metahuman and that’s what they’re doing.

Now it’s time for my “Detective Joe West’s Black Fatherhood Moment(s) of the Week”.  Not going to lie, I think I missed Joe the most while this show was on break.  How can you not love him?  My two favorite Joe West Fatherhood moments this episode:
Joe and Barry sitting on the couch after Iris has moved out and Barry decides to move back in.  It was just a great scene.  Jesse L. Martin and Grant Gustin have great chemistry together and every one of their scenes is just awesome.  I just loved the way this whole scene played out.  Joe might not be Barry’s real father but he cares for him like a son and Barry feels the same way about Joe.  It’s scenes like this that really make me enjoy this cast.
Joe calling out Wells about influencing Barry.  Joe is still suspicious of Dr. Wells and we all know that’s good of him.  I’m calling it fatherly instincts. 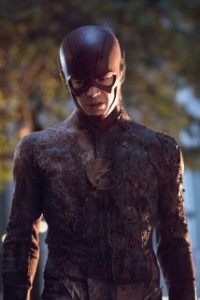 There’s only two small issues I had with this episode.  First, I thought Eddie’s change of position with Flash is a bit sudden.  Don’t get me wrong, I thought it was pretty cool to see Eddie save the Flash with the shield, but I still would like to see a little bit of hesitation and distrust.  Eddie pretty much headed up the “Flash Taskforce” and nothing really came of that.  Now he’s calling Flash a hero.  Just too sudden of a change of heart for me.  The other issue is the Iris-Eddie-Barry awkwardness.  Now this does not bother me as much as it does other people but it’s one of those things where we’re all just waiting for Iris-Eddie to fail.  Iris clearly has some deeper feelings for Barry as well and at this point it just seems inevitable.  I will say this, I expect Iris & Eddie to break up sometime before the end of the season.  This show has done a pretty good job of moving through typical plot lines like this and I don’t see this getting dragged out.  Think bout it, in a typical show, the two characters destined to be together got through 2-3 seasons trying to act ike they aren’t attracted to each other.  We’re to even halfway through season 1 and Barry’s already told Iris how he feels.  So don’t worry folks, this awkward period won’t last long.

I’m so glad this show is back.  I enjoyed having a break to just veg out but I also missed the fun of this show. Captain Cold and Heatwave are clearly going to be problem rogues for Barry in the future, especially with Cold’s sister breaking them out of the prison van.  Not only is this show so great but it has even more potential for the future.  I can’t wait for Gorilla Grodd to show up.  Plus Barry’s still trying to get faster.  This really has been an excellent first season so far.

*One thing:  The Rathaway's were the rich couple getting off the plane with the painting.  There's mention of their son trying to contact them which Mr. Rathaway coldly replies "We don't have a son anymore).  Again, I won't spoil it but that wasn't by accident.