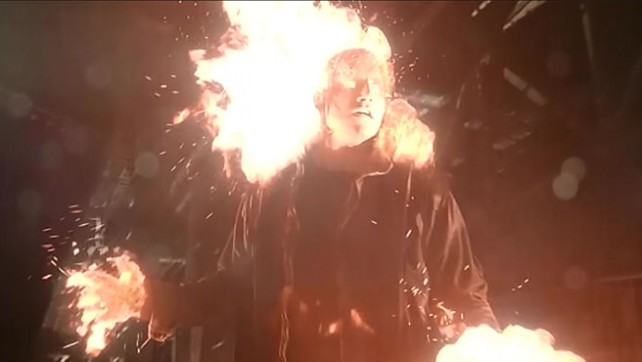 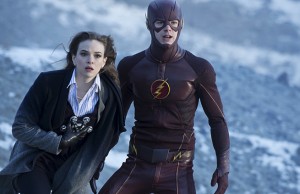 The Flash continues to be the standard for how to do a network TV show centered on an A-List super hero.  This is not a knock against the other comic book shows out there. The Flash is really in a category by itself. I can’t use it against the other shows out right now because it’s just not a fair comparison. Gotham is more about “how we got here” than Batman and his Rogues. Agents of SHIELD, despite the Skye/Daisy/Inhumans reveal is still (Like Agent Carter) more of a Sci-Fi spy show. Constantine is just a man who “dabbles” in the dark arts. Even Arrow, the show in the same universe as The Flash, is about a regular man running around on rooftops with a bow & arrow. Soon The Flash will get competition in it's category when upcoming shows like CBS’ Supergirl or TNT’s Titans show air. But until then it’s in a class of it’s own and even better, it’s not just relying on that, but attempting to seek new ways of raising the bar with each episode. At this point I think it’s safe to say this will go down in history as the best first season of a network TV show based on a comic book character. Hands down. And this episode, Nuclear Man, was one of the best. 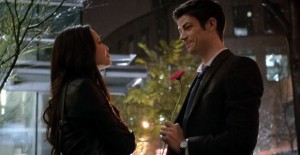 Just about everything that works in this episode epitomizes why this show is so good. First, there’s the ways they constantly have Barry using his powers.  Having Barry running out to save people/stop crime in the middle of his first date with Linda Park was a great way of showing how hard it’s going to be for him to juggle dating and being a super hero. It also ties back to what Oliver told Barry about how guys “like them” don’t get to live a normal life. Barry clearly is rejecting that and I think that’s great. It’s another way of distinguishing this show from Arrow. One of Oliver’s flaws is that he closes himself off and won’t allow himself to be happy, thinking that somehow that’s how he has to be to protect those around them. That’s obviously led to it’s own problems and I’m interested in seeing how Barry handles this. I like seeing Barry and Linda together. I know the comic book history between Barry & Iris and Barry & Linda but I think Barry & Linda have the best couple chemistry right now. Barry did what every guy needs to do to break out of the friendship zone and he seems happier for it. Hell, at this point it seems like Iris is the salty one (Is it me or did she try to cockblock Barry?). I’m really hoping they stay with the Linda Park relationship for a while. She’s a different speed (no pun intended) for Barry and he really likes her. This remind me of the Jim-Leslie relationship on Gotham. I know it probably won’t be a permanent match but I like it and as of right now, it’s a better one chemistry wise. 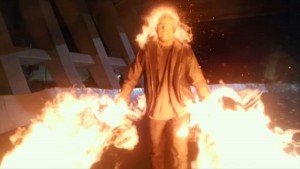 Every week I commend this show on the special effects and every week after that they keep bringing the same level or BETTER. One of the things we worried about after the pilot was that CW blew all their budget on getting the effects great for the pilot and we would see reduced quality the rest of the season. Not only was that NOT true but they’ve gone above and beyond what I thought was even possible. The special effects for Firestorm were nothing shot of amazing. Particularly the scene with Barry trying to stop him and Firestorm taking them both up in the air. We’re talking low budget movie quality here…on TV.  Truly outstanding.  Robbie Amell also puts on a pretty good performance as Ronnie. It was especially good when you consider he was playing two separate personalities and had to pull off a convincing Martin Stein in Robbie’s body. His interactions with Clarissa and Cailin really showed this. We also get Dr. Wells seemingly doing the right thing and sacrificing the tachyon device to help save Ronnie/Stein. However, I think by now we all know the jig is up. Wells is perfectly fine with sacrificing a little bit in order to maintain the big picture and end game he’s going for. Nothing he truly does is selfless. It’s all just risk assessment and management. Killing Ronnie would jeopardize the stability of the team and he couldn’t let Ronnie blow up the city, so this sacrifice was small compared to the alternative.

Speaking of Wells, Joe has now brought in Cisco to help investigate the murder of Barry’s mother. Cisco doesn’t want to believe that Wells is involved but Joe is using that Black Fatherhood Intuition and his detective skills and he knows he’s on to something. Cisco’s refusal to believe Wells has anything to do with this is one reason why I love this character. Think about how good his scenes were with Hartley Rathaway. Now imagine what is going to happen when Cisco starts to doubt Wells.  Cisco is smart. With Joe in his ear, he’s going to start piecing together things. I can’t wait for that realization to hit him. I'm not saying I want to see a Detective Joe West/Cisco Buddy Cop/Teamup spin-off..but I'm also not saying I wouldn't watch one if it were to happen.

We also get a big revelation that I knew was coming once Cisco said there were two speedsters: One of them was an older Barry Allen. So we know at some point, Barry goes back in time. Can I just geek out for a moment?  THIS IS STILL SEASON ONE. Just getting Flash on TV would have been good enough for me to be honest. Have him stopping bank robberies and shit. But Greg Berlanti and Andrew Kreisberg deserve a lot of credit for daring to dream bigger with Barry Allen. Think about it. In this season, this FIRST season we’ve gotten or will be getting: Reverse Flash, Gorilla Grodd, Firestorm and Time Travel. I mean if this is season one, I dare imagine what they have in store for Season Two. Because right now, this is nothing short of incredible.

No, I didn’t forget this week’s Black Fatherhood Moment either. We didn’t actually get a lot of Joe & Barry together but there was one scene that was enough for me. When Barry is changing for his date for Linda and he goes to Joe for approval, after approving of one outfit and then Barry runs back to change again, without looking up from his paper Joe says:

Man I love the way those two interact.

I’ll just end with we learn that Barry is faster than a nuclear explosion. I’m a little salty they decided to just leave us hanging after that scene but that’s only because I was at the edge of my seat. This was definitely an ending that will make you hate the fact that we have to wait a whole 7 days to see the next episode.

Almost forgot...so since everyone else if finding love...is Joe gonna take Sherry up on that drink offer or nah? Cause ummm, she definitely wanted herself a "cup of Joe".