The Flash Review: City of Heroes 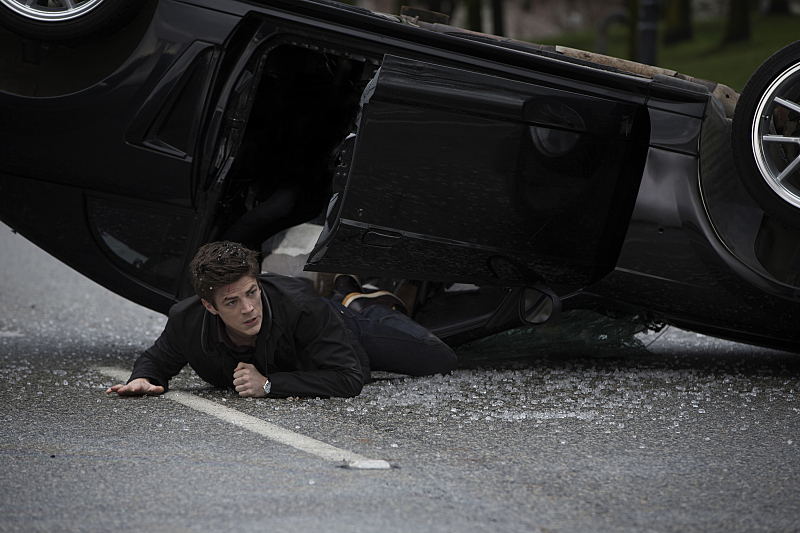 So it’s finally here.  The pilot episode of The Flash has finally premiered on The CW.  I know it leaked months ago but I didn’t want to see a leaked copy. I waited until I got to San Diego Comic Con and saw it there back in July. I made no secret of the fact that I absolutely loved it.  Still, I found myself turning down a screener tonight just so I could live tweet the premiere along with everyone else.  Why?  Because this is one of the best premiere episodes for a superhero show I’ve ever seen. But before I go any further let me get something out of the way now. 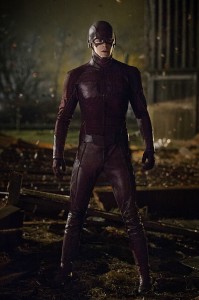 Look, I know folks are going to start a pissing match between all the comic book shows out right now and I’m here to tell you, that’s not going to happen here.  To me, we’re getting a show as awesome as The Flash because of the success of shows like Arrow and Agents of SHIELD.  There’s no competition here, just a natural evolution of TV Networks stepping up and finally taking these characters seriously.  And I’m here for it.  All of it.  Each of these shows feed off of each other and get better because of it.  I’m opening this review up with this now because I want folks to know if you’re planning on approaching me and getting me to “take sides”, you’re fighting a losing cause.  I love all these shows because each of them does their own thing and are good in their own ways.  There’s enough room for me to enjoy each of these shows without picking one over the other.  And to be honest, The Flash should be a great show.  This character is the biggest name character we’ve had on TV since Smallville and truth be told, how many season did that show go through before you saw Clark in the cape?  Did they even call him Superman?  So yeah.  There’s no shame if The Flash is “better” than the other shows on TV.  He should be.  He’s an A-List character brought to television.  Hell, Green Arrow couldn’t even make the New 52 Justice League squad.  So no….The Flash being great doesn’t mean the other shows aren’t good or need to do better.  It’s just the fact that he’s The fucking Flash and just by default in order to make his show good, it HAS to be better than other other shows out there.  So please, I’m not trying to go through this whole season with folks throwing “shade” on other shows because they can’t be what this show is because that’s an impossible standard.

Now back to The Flash.  If CW can stay consistent with what they accomplished in this pilot episode, we’re in for a real treat with this mini-TV universe they’ve created with The Flash & Arrow.  They’ve successfully built onto something they started in Season 2 of Arrow and have officially added Metahumans to the universe.  And the way they did it using Barry Allen and Star Labs was so good.  I have to give it to them, when they said they were going to start adding superpowers to Arrow at the beginning of Season 2, I was skeptical and yet here we are.   They successfully laid the ground work on that show then leaped effortlessly into a whole new TV show starring the Flash.  That’s incredible. 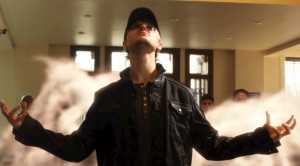 The effects on this show are nothing short of amazing.  That was one of my worries about this show when they announced it.  How was The CW going to do effects for a show like The Flash?  Well they shut me the hell up.  Not only are the effects for this pilot amazing, but when you see the clip for what’s in store for us going forward, it’s just going to get even better.  The lightning effects they use for Barry when he runs are a small detail but make a huge difference when compared to what we used to see on shows like Smallville.  Even the Weather Wizard effects were damn good.

Acting-wise, I’m loving the cast so far.  Grant Gustin won me over when he debuted as Barry Allen on Arrow.  He’s a likable Barry and you can’t help but root for him.  Sure he looks young and while that might turn some people off, he handles the role well.  Jesse L Martin is also great for his role as Detective West.  His scenes with Gustin are great and they have great chemistry together.  I love the fact that by the end of this episode, West knows about Barry’s abilities.  I really appreciate that this show doesn’t waste the audience’s time.  10 minutes into the episode, Barry’s already had his accident and is waking up from a coma 9 months later and has his powers.  By the end of the episode, he has a suit and West knows Barry has superpowers.  In the past this would have taken us a couple of episodes.  This tells me that they’re not going to shy away from what folks want to see:  Barry Allen being The Flash. 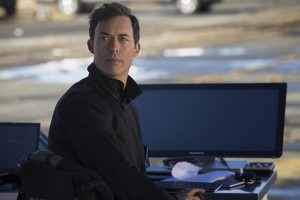 Tom Cavanagh is great at Professor Wells and he’s clearly going to play a big role in this season.  By the end of the episode, it seems to confirm that he’s not up to any good but who knows, that could just be a red herring.  But knowing that he can really walk, seems like he’s clearly up to something and keeping secrets.  Also, Caitlin Snow and Cisco Ramon are going to end playing big roles if they stick anywhere near their comic book characters.  It's going to be interesting seeing those characters develop.  I also love the fact that they cast John Wesley Shipp as Barry’s dad.  I remember watching him as Barry Allen on the first Flash TV show.  I kinda wish they cast him as Professor Zoom/Reverse Flash but him being Henry Allen is just as good for me.  It’s going to be interesting seeing the relationship between Iris and Barry develop.  Anyone who is familiar with the character knows the end game here but when you add in Felicity from Arrow things can get interesting.  I like Candice Patton in the role and I have to admit, I love the fact they made the West’s black.  And you can’t even complain about them changing the characters from the comics because New 52 Wally West is black too.  So….deal with it.

What I’m going to find interesting going forward is the crossover element between Arrow and The Flash.  They’re such different characters.  It’s taken Oliver 2 seasons to finally accept his role as a hero.  Barry wanted to use his powers to be one since day one.  It’s an interesting contrast between the two and there’s definitely a darker tone on Arrow.  I look forward to seeing this play out and thankfully I won’t have to wait too long because there’s going to be a crossover episode(s) when both shows hit 8 episodes.

This was  fantastic pilot episode and I have a feeling this is only the tip of the iceberg.  Arrow hasn’t let me down and I don’t expect The Flash to either.  This is a great time to be a fan of comic books.  So far, we’re 3 for 3.  We still have Arrow, The Walking Dead and Constantine on deck.