First Trailer for London Has Fallen 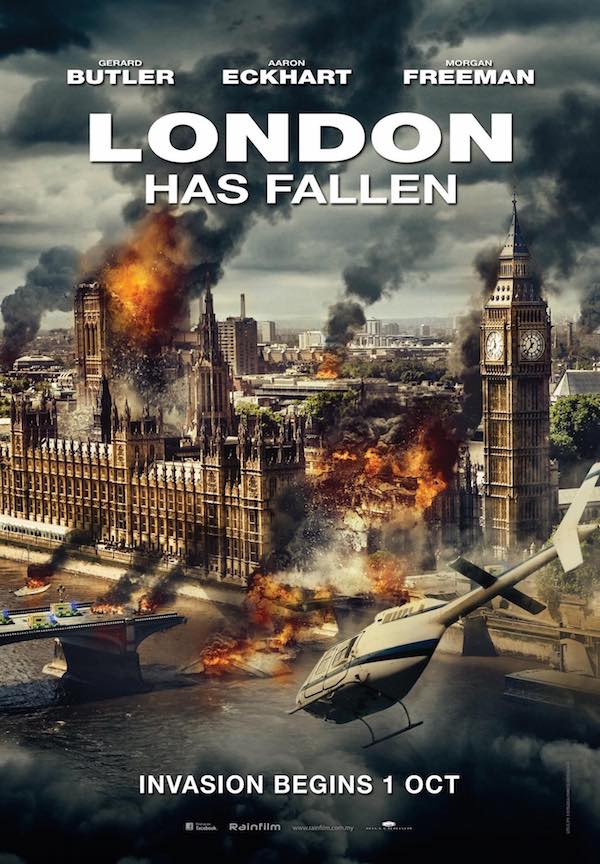 Olympus Has Fallen was a surprise treat in 2013. I remember going to the screener thinking "Ugh...this is going to be bad". Instead, I was pleasantly surprised and enjoyed the Hell out of that movie. It was kinda like 2013's John Wick to me; A straight action shooter with most of the move depending on the main actor. Olympus Has Fallen also had Antoine Fuqua as director and if there's one thing Fuqua does extremely well it's action. So when a sequel, London Has Fallen, was announced and Fuqua wasn't coming back as director, I was a bit nervous. I don't know much about Babak Najafi but there is a real concern that they were going to try to turn a one-hit wonder into something that overextends its welcome. After seeing the trailer, I feel a bit better.

I'm not completely sold that this movie will be as enjoyable as the first. The deck is stacked against it. Most sequels like this don't do well. There is no way this movie catches me off guard like the first one did and that sets an almost unreasonable expectation. There's also the chance that they try to do too much to separate it from the first. Having said that, this trailer does look good. It does seem to follow much of the formula as the first movie with a different setting and different challenges to overcome. A great sign for me was that Gerard Butler's Mike Banning had some witty banter in the trailer and that's what made the first one so fun. It hits one of the required tropes for the Impossible White Man genre. I'm cautiously optimistic right now.

London Has Fallen is scheduled for release March 4, 2016

The story begins in London, where the British Prime Minister has passed away under mysterious circumstances. His funeral is a must-attend event for leaders of the western world. However, what starts out as the most protected event on Earth turns into a deadly plot to kill the world’s most powerful leaders, devastate every known landmark in the British capital, and unleash a terrifying vision of the future. Only three people have any hope of stopping it: the President of the United States, his formidable Secret Service head (Gerard Butler), and an English MI-6 agent who rightly trusts no one.