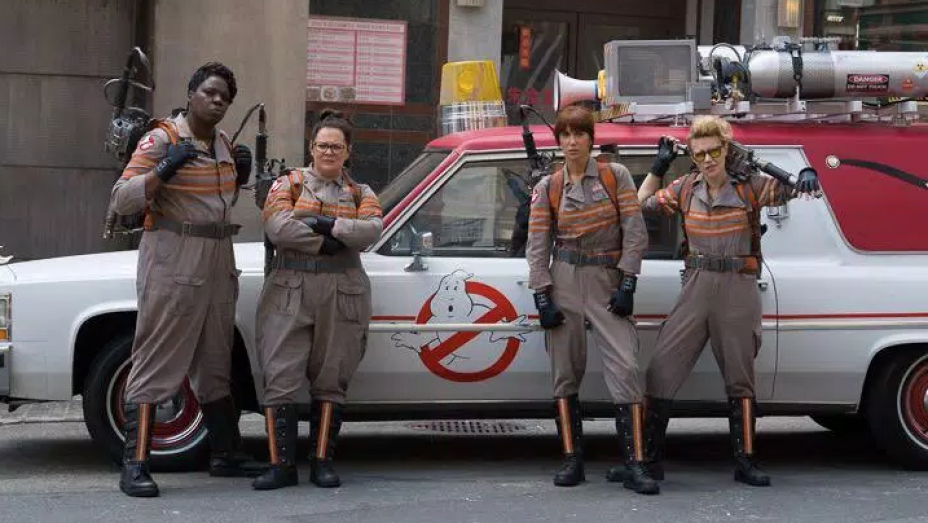 Let's go ahead and get this out of the way now. Let's not call this the "Female Ghostbusters" anymore. I hated adding that descriptor to it when it was announced but only did it because Sony seemed to be going down the route of making a "cinematic universe" of Ghostbuster movies with an all-male team as well. Those were scraped (or at least shelved for now) leaving only this one. Which I appreciate. A Ghostbusters movie doesn't depend on gender and I think calling this movie the "Female Ghostbusters" somehow diminishes it before it even gets off the ground. The man actresses in this movie are accomplished and are just as qualified as the original cast.

Now with that out of the way, I liked this trailer and really look forward to this movie. Paul Feig has teamed up with Melissa McCarthy several times with tremendous success and I expect the same here. Kristen Wig, Kate McKinnon and Leslie Jones rounding out the team looks like its going to be great and they have great chemistry together. I also love that Chris Hemsworth is the "hot secretary".