First Look at ‘The Thing’ from the Fantastic Four Reboot 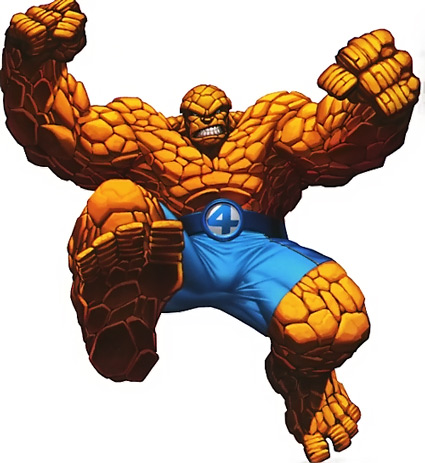 *UPDATE*
Reports are that this @Josh_Trank account is actually a fake. I could have sworn it was verified but it looks like it has been suspended. It fooled a lot of sites though. So maybe this ISN'T an official look at The Thing. It's a shame because it looked very good. It's weird because this fake account also held a Q&A session on twitter and answers seemed pretty reasonable and legit. Particularly the one about "making" Johnny Storm black. But the account is suspended and everyone is now reporting that it was a fake so that's what I'm going to go with too. Looks like we'll have to wait a little longer to see our first look at this movie.

This image apparently leaked and so Josh Trank officially released it on is Twitter page today:

Well, it's out. There's your first look at Ben. #FantasticFour pic.twitter.com/0xqHAtfn1l

Looks good from what I can see.  Looks like they're going the "Hulk route" with Ben and that' s good thing.  What I mean by that is, first off, it looks like he's actually going to be big.  He should be significantly larger than the rest of the team and I don't think the previous movies did a good enough job of that.  I also think that this is just a prop, like the prop they used for the Hulk when they first started shooting for Age of Ultron.   I'm hoping this means Jamie Bell did motion capture.  That could really make this pretty cool.

That's one of the things about this, we really have no idea what they're doing with this movie.  I remember finding it interesting when it was revealed that Fantastic Four had wrapped production. I remember them starting filming but I found it odd that not a single set image or leak came out during that time. I'm pretty sure we'll be getting a lot more official information on this movie soon though, especially with production being over. I know some folks are worried about it but I'm not. I think the cast is solid and judging from the picture above, it's already better than the first 2 Fantastic Four movies. If you doubt that, I'd like to remind you that this was The Thing in those movies: 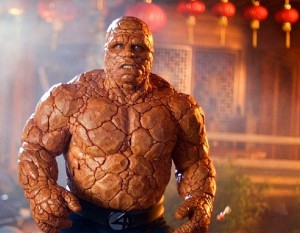