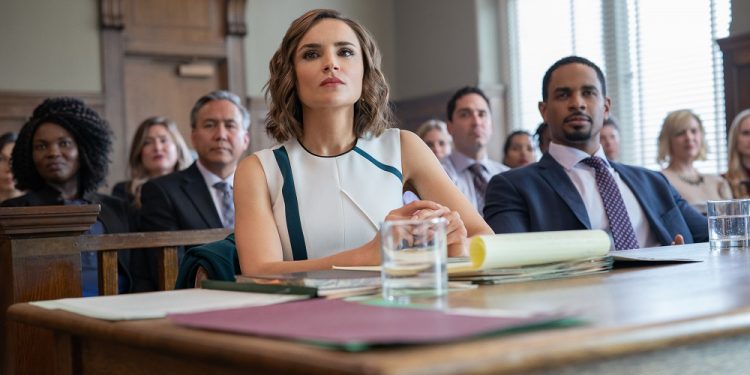 The romantic comedy duo no one had on their bingo card looks set to bring  a heartwarming look at love in the age of app-based dating. Damon Waynes, Jr. and Rachael Leigh Cook star in Love, Guaranteed. As Lawyer and client set to sue the dating site that promises that its users will find love.  Here's your first look at this upcoming romance from Netflix.

Synopsis: Earnest, hard-working lawyer Susan (Rachael Leigh Cook) has taken one too many pro bono cases. To save her small law firm, Susan begrudgingly takes a high-paying, high-profile case from Nick (Damon Wayans Jr.), a charming new client who wants to sue a dating website that guarantees users will find love. But Susan and Nick soon find themselves in the middle of a media storm, and as the case heats up, so do their feelings for each other — which could jeopardize everything.