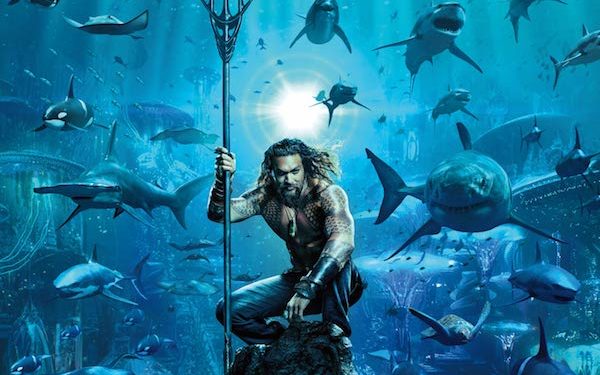 WB released the first post for Aquaman ahead of the trailer debuting at San Diego Comic-Con this Saturday. The reaction to the poster was...

Ok I was going to try to say something nice but there was nothing to say. It's a pretty ridiculous poster. Instead of putting other characters we know are in the film (Mera, Black Manta, etc) they decided to go with a bunch of random sea creatures from sea turtles to orcas to great white sharks. You can't tell if Momoa is in the water or is sitting in front of one of those "Take Your Picture Here" booths at the aquarium.

And for the love of god why is he wearing leather pants? I mean if he's out of water, okay but if he's in the water...WHY IS HE WEARING LEATHER PANTS? I can't even buy James Wan's excuse of "Well he's Jason Foockin Momoa" cause it's not even like it's a sexy picture and pose.

It's just all around a bad poster. And that's not an indictment of the quality of the movie. Lots of movie posters from DC AND Marvel come out looking bad (albeit none this bad). And none have lead to the kind of hilarious photoshopping like this one: 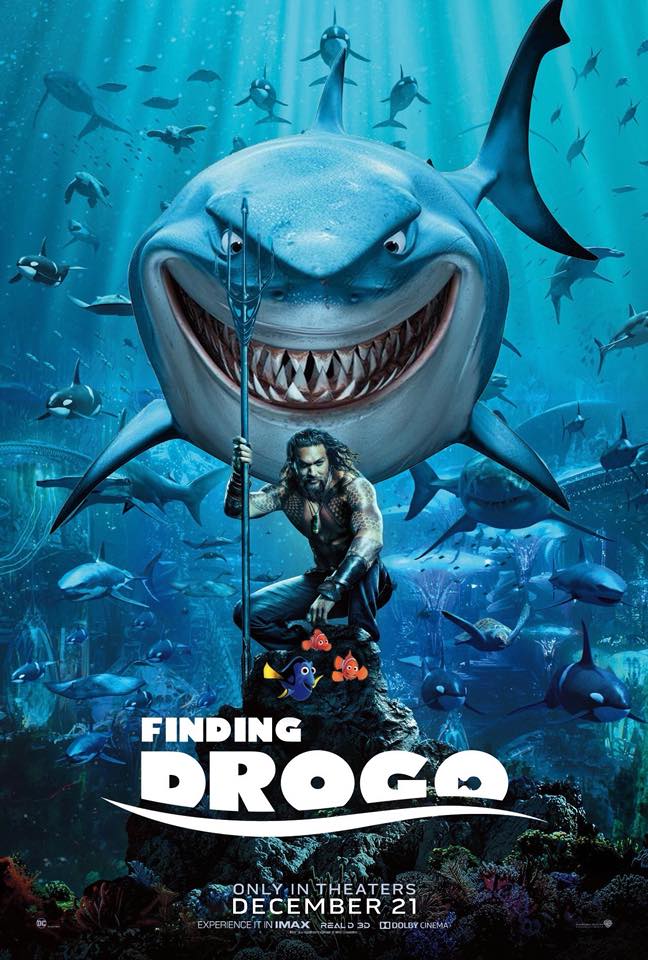 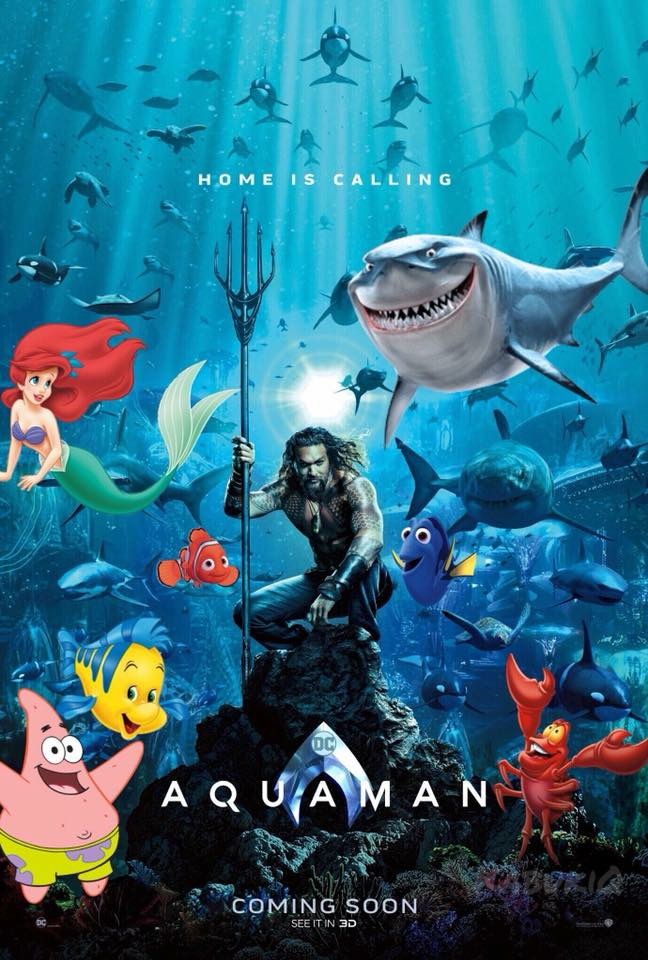 But what if we have this all wrong? What if we've missed the genius of WB's marketing here? What if they wanted us to link Aquaman to lovable characters and movies/TV shows from the past?

"Why would you think that Kriss?"

Because yesterday was the 25th aniversary of another WB movie: Free Willy. 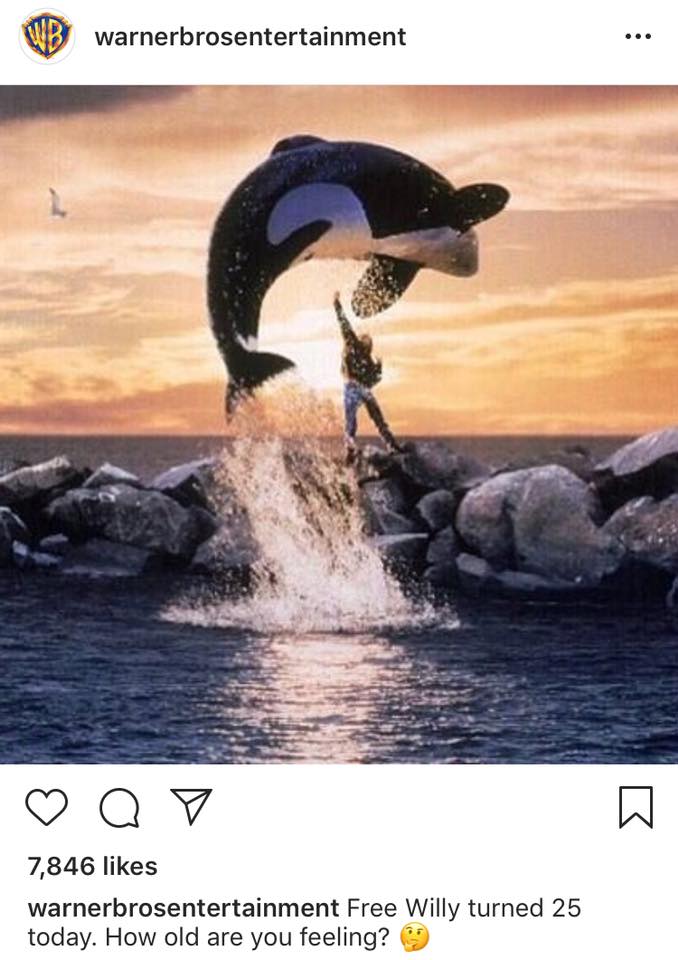 Maybe Free Willy symbolizes that like Jesse in Free Willy, James Wan saw Aquaman being held captive by the evil execs at WB and has risked everything to free Arthur Curry allowing him the swim freely and be the best Aquaman he could be...

Or maybe it's just a bad poster and someone is either getting fired or told they're never making another movie poster again.

The Aquaman trailer debuts at SDCC this Saturday. If it's good, then the jokes will stop and WB will quiet us all. If not, this is only the opening salvo of how ugly this can get. It doesn't help that WB has kept information about Aquaman under such tight wraps while Shazam has at least felt more open with information and images. We'll see what happens in Hall H this Saturday.