February 2021 Mailbag: The Dumb is Strong with This One 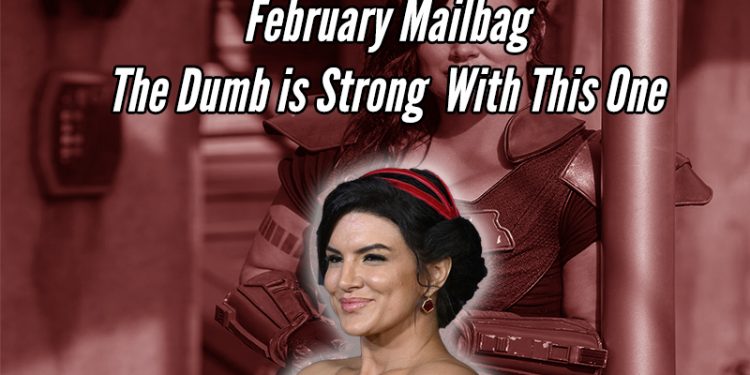 Time for the second Mailbag of 2021. We tackle listener emails and some of the latest news items. Like Gina Carano throwing away a Disney bag for *checks notes* a Ben Shapiro project? When Disney writes your apology note for you and tells you "Just shut up and read this and stop being a bigot online", you should probably listen. Then again, no one has ever accused Carano as being smart.

We're also hopeful (Hope is a lie, we know), that this will be the last time we need to talk about about the "SnyderCut". We're so tired of it and ready for it to be over. And WB/DC Films must be too cause they just announced another wave of vaporware projects like a Superman film produced by JJ Abrams and written by Ta-Nehisi Coates and a new Latina Supergirl (Sasha Calle) appearing in The Flash movie. We're calling these vaporware projects because we're still waiting on any progress updates on New Gods (announced in 2018) and while the claims are its shooting soon, the Rock was attached to Black Adam back in 2007 and Marvel put out 3 whole phases and we haven't even seen Johnson even try on the suit yet. We've been hurt and lied to before. We don't believe anything until there's a trailer. And even then....(Hi New Mutants).

Anyway, strap in and give it a listen. We'll be back next month. Also stay tuned as we'll be back even sooner for the return of The Flash on CW.

As a note, a couple of emails came in after we recorded so we will read those during next month's mailbag.