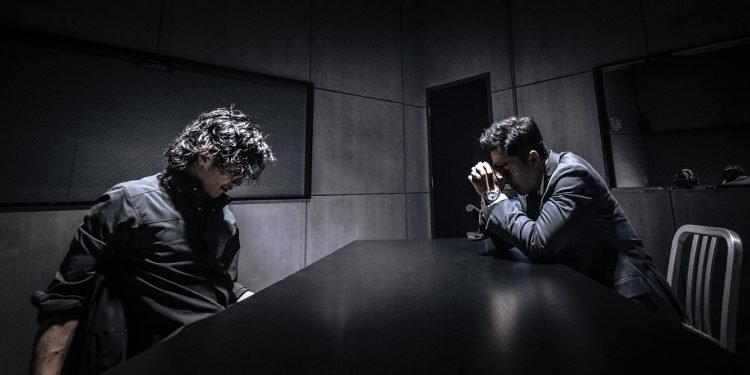 If you're familiar with Hong Kong action films you're no stranger to the work of Benny Chan. Chan's catalogue is nothing short of iconic; in large part due to the unbelievably high risk action. Think Jackie Chan's Who Am I?, Fist of Fury (1995), and A New Police Story. Raging Fire, the director's final project before losing his battle with cancer, offers the kind of action and violence with a few notable action sequence hat-tips mixed in to cement its place in the genre.

Raging Fire is absolutely every thing you hope for in a heroic bloodshed action film.

Yen plays Cheung Sung-pong a cop more interested in catching bad guys that advancing through the ranks. Pong hates corruption but walks a thin line when it comes to what he's willing to do to close a case. Don't expect him to wait for a warranted but do expect him to turn down a bribe. What starts out as a sting to bring a drug kingpin in turns into a blood bath; leaving most of the task force dead or in critical condition. Sh

The hunt for this band of criminals leads to a reckoning. Because this crew made up of ex-cops turned criminals; led by his former protégé Yau Kong-nog (Nicolas Tse). Nog is a man with a plan. He and his band of ruthless assassins-for-hire have no intention of letting Pong or anyone else stop the. If the plot's a little on the nose, don't worry Tse and Yen's performances infuse these characters with charisma and edge.

In what's clearly an ode to heroic bloodshed stories, a genre invented in Hong Kong, Chan's written a story revolving around duty, honor, revenge and redemption. Only in his hands, those themes aren't as restrictive as these tropes tend to be. It's a meditation on fate, split-second decisions, and feelings of guilt, loss of faith, and hopelessness. So don't expect Raging Fire to hold your hand as these hardened men work through their existential crisis with their fists. The devil's in the details - and the flashbacks - even the adrenaline-fueled emotional highs and lows aid in character development. Because Chan grounds Nog's thirst for vengeance in the kind of moral conflict that blurs the lines of right and wrong in interesting ways. By the midway point, you may just find yourself hoping Ngo somehow finds vindication (before Shan brings it all crashing down that is). And that's a good thing.

Yen and Tse Carry the Day

Chan twists friends-to-enemies melodrama into the perfect vehicle for a heist/revenge thriller. Led by two of Hong Kong's finest, Donnie Yen (Mulan, Ip Man series) and Nicolas Tse (Shaolin, New Police Story), this simple cops versus robbers narrative morphs into a kinetic, yet emotionally nuanced, plot driven by death-defying action choreography. If you've missed bare-knuckle brawls, with a side of lightening fast knife work, shoot outs and epic car chases then push Raging Fire to the top of your watchlist.  Although it likely signals the end of an era, Raging Fire is one hell of an epilogue.

Listen and Kriss and I dig into the themes, homages and action of Raging Fire. Have no fear, we keep it spoiler-free. This one you really need to see for yourself.

Follow more of our Film Festival Reviews and Coverage on our Press Page Page: https://press.mtrnetwork.net