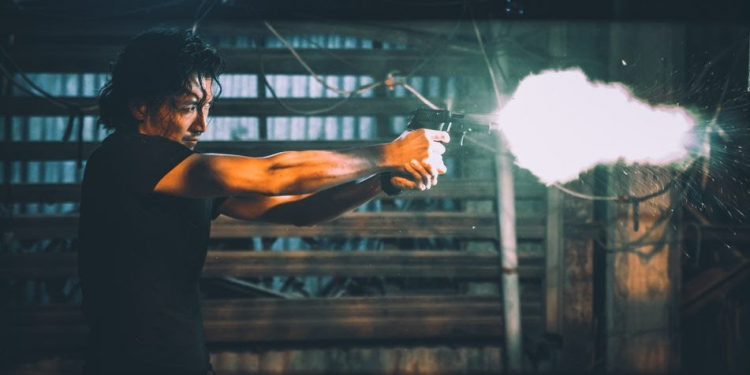 Director Benny Chan's final film, Raging Fire, has been added to the 25th Fantasia International Film Fest line up. Chan's last project stars Donny Yen and Nicholas Tse in what's been described as a "big-budget actioner where gunfire and kung-fu collide at high velocity." Check out the trailer and be sure to mark August 10th on your calendars so you don't miss the special screening.

Watch the Trailer for Raging Fire

Shan (Donnie Yen) is a highly respected hardline cop with a long history of success on dangerous cases. However, his past unexpectedly comes back to haunt hi...

July 30, 2021 -- The Fantasia International Film Festival is thrilled to add an additional special screening to its 2021 slate with the Canadian Premiere of Donnie Yen’s latest action feature Raging Fire.

Before Yen confronts Keanu Reeves in John Wick 4, watch him crank his athletic powers to new heights, relentlessly delivering a mega-blast of dynamic action that will kick the ultimate blood rush to your sensory organs.

"It's an adrenaline rush of exhilarating action scenes, made even more impressive by Donnie Yen's incredible jaw-breaking fighting skills that have had Fantasia audiences cheering for more than 20 years,” says Co-Director of Asian Programming King-Wei Chu. “This film is, without a doubt, one of the most enjoyable ways to celebrate 25 years of the festival.”

See Raging Fire before it hits cinemas in Hong Kong on August 10th at 7:30 PM at the Cinéma Impérial in Montreal, QC.