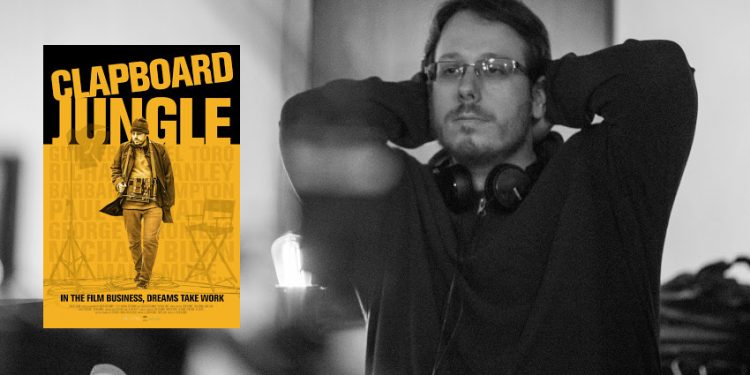 Life as a creative in a world not suited to supporting art in the mainstream is a struggle. It takes more than having a dream. You've got to be ready to hustle. That hustle requires skill, multi-tasking, business savvy, and luck. When it come to being an independent filmmaker, the grind has unique challenges.

In Clapboard Jungle: Surviving the Independent Film Business, screening on-demand during Fantasia Film Festival 2020 filmmaker Justin McConnell shares his struggle to take his film projects to the next stage. The goal? Secure enough funding to bring them to the screen.

But, Clapboard is far more than just a snap shot of the hustle. This documentary follows McConnell as he learns to navigate the production side of the film festival circuit all while writing, directing and working gigs to keep the lights on. McConnell, bookends his journey between interviews with others in the film industry in ways that highlight that his struggles aren't new or likely to end for anyone looking to climb that ladder.

Clapboard broadens the conversation and shifts the energy from just being a personal diary to a real behinds-the-scenes look at what trying to get in the room (literally) where the deals happen is like. The sheer number of people including George A. Romero, Larry Cohen, Paul Schrader, Justin Benson, Larry Fassenden, Barbara Crampton and Guillermo del Toro sharing advice and giving the honesty is on its own impressive.

Listen as Kriss and Ro discuss exactly how invested they became in McConnell's years-long journey and the highs and lows of grinding indie film style. The utter tenacity of it all is kind of incredible to witness. We felt stressed watching McConnell repeatedly tested.

Catch it at festivals starting March 2020. SYNOPSIS: An emotional and introspective journey following five years in the life and career of an independent fil...