Fantasia Fest 2021: Films in the Axis Section We’re Excited About 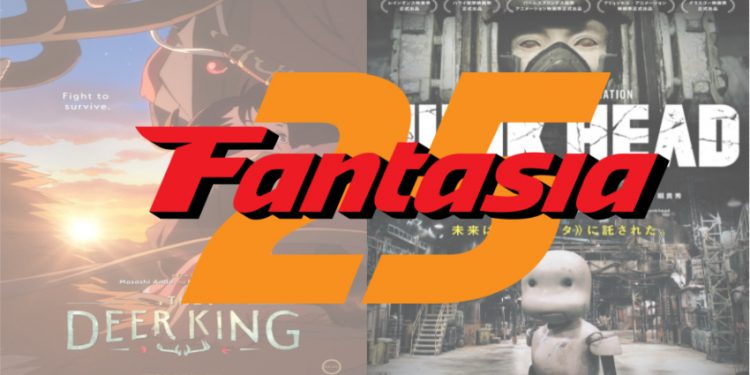 Fantasia Fest starts tomorrow August 5th. So, it's past time to start getting those tickets. This year's hybrid in-person/virtual program includes, scheduled screenings and premieres, panels, and workshops. The 2021 schedule's very robust. Here's a few films from the Axis Section you may want to add to your watchlist:

In advance of it's theatrical release, The Deer King arrives at Fantasia Fest for its North American Debut. The film's based on Nahoko Uehashi's bestselling books and co-directed by anime veterans Masashi Ando (Princess Mononoke) and Masayuki Miyaji (Attack on Titan). 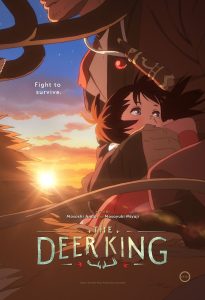 Official Synopsis: Years of begrudging peace have held since the Zol empire subjugated the kingdom of Aquafa – except for its Fire Horse region, for fear of the Black Wolf Fever. The ancestral curse now returns. A horde of otherworldly wolves ravage the land, leaving deadly illness in their wake. A brilliant physician desperately seeks to cure the plague, and dispatches a skilled bounty hunter to track down those who might hold the key. A

terrible attack on prisoners in a mine has left only one man and a child alive, and salvation may lie with them. With his uncanny strength and command over animals, this is no ordinary man, but then, these are not ordinary times. As both his past and his pursuers draw ever closer, and palace schemes threaten to shatter the peace, the legendary warrior Broken Antler Van must reluctantly face his destiny.

With this epic fantasy saga in the hands of Production I.G (Ghost in the Shell) expect a visual experience second to none.

Director Takahide Hori returns to the festival with a theatrical edit of his award-winning film, Junk Head. This 101 stop motion  promises a atmospheric cyper-punk adventure. 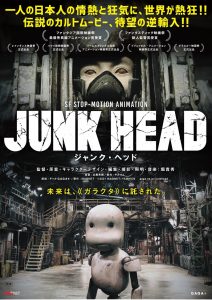 Official Synopsis: It has been centuries since human beings abandoned mortality and natural reproduction. Centuries since they delegated danger and drudgery to clones, only to see their subjugated creations revolt and exile themselves in the vast subterranean underworld.

Now the humans up above have begun to explore this lost world, embarking on exploratory missions as fraught and uncertain as any in the history of the species. The creatures which were once docile fabricated servants have become a vast array of absurd and terrifying monstrosities. But humans too have changed, altered almost unrecognizably – and the changes haven’t come to a halt yet…

Junk Head is available for on-demand purchase the length of the festival.

The Spine of the Night makes its Canadian debut August 14, 2021 9:00 PM in a virtual screening. This fantasy anthology beings just after animated the short Death And The Winemaker. This voice cast features a few notable names including, Richard E. Grant, Lucy Lawless, and Joe Manganiello. 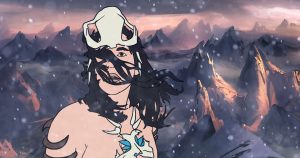 Official Synopsis: Far and high amid icy wastes, a swamp witch from the lowlands makes her way to the mouth of a skull-shaped cave. Within lies a luminous blue flower... and the masked swordsman tasked with guarding it. On this one night, though, no blood will be spilled. Instead, it is tales that shall flow, each another link in a chain across the centuries, a cycle of greed, corruption, and treachery, of madness, massacre, and malignant magic. Time and time again, the thirst for knowledge and the power it brings is quenched by blood and fire...

The Spine of the Night's a rotoscope animation high fantasy epic that promises to be "wildly imaginative, and gratuitously gruesome" and minus "many of the retrograde, misogynist tropes that afflict" this genre.  If you miss the first screening, there's another on August 16th at 9 am.

Phil Tippett’s animated feature Mad God has been thirty years in the making. This time the visual effects mastermind behind projects like Jurassic Park, Robocop 2, and Starship Troopers, invites audiences into his macbre world.

Take a look at this sneak peak. Then be sure to pick up tickets for its first virtual screening Sunday August 22, 2021 at 7:30 PM. The short Worse Than The Demon will screen before the feature.

Official Synopsis: Under a barrage of enemy fire, an intrepid special agent in a suspended container is lowered steadily into an ominous shaft. Down, down, inexorably down, through the many strata of ruin and residue bearing enigmatic witness to time’s passing. At last, the pod touches down on terra firma, and its occupant emerges, map in hand and mission in mind. The surrounding landscape is a broken place of corruption and decay, of casual horror and degradation. Our hero will not be deterred, though the path ahead holds only more horrors, so many to behold...

There's plenty more to be had in animated short and films during the festival. So don't sleep on the Axis Section.

If you do, you might just miss seeing the documentary about visionary creator Satoshi Kon (Tokyo Godfathers) and that would really be a damn shame.

This documentary is available the run of the festival and can be watched on demand.