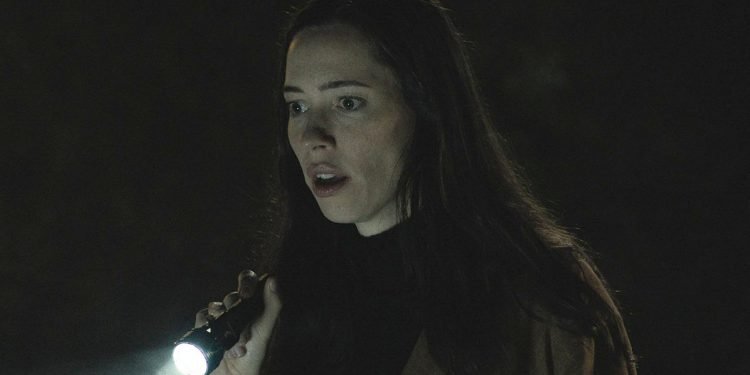 The Night House is what happens when David Bruckner the director of V/H/S segment "Amateur Night" and Ben Collins and Luke Piotrowski the writers of the film it ultimately became, SiREN  realize they should absolutely make a movie together. The result was a horror film that brought jump scares that were actually earned. Couple that with a story that was compelling, a great use of sound and a lead in Rebecca Hall who balances a character that is part crazy and being haunted into being crazier and what you get is a very good horror film.

The camera angles used in The Night House are fantastic. Angles are used to create “living” shadows that move as the camera moves and leave you wondering if Beth (Hall) is being haunted by her dead husband or is spiraling out of control. Added to that is the use of sound and music. Fair warning, if you're watching this film at home with a surround sound system, be prepared for some terrifying sounds creeping over your left shoulder at times.

Hall’s performance in The Night House is reminiscent of Riz Ahmed’s in Mogul Mowgli. She’s asked to do a lot of the heavy lifting here (not in a bad way) and excels. She balances playing the grieving widow, suspicious wife and emotionally compromised person extremely well and at times is playing all three roles as once.

The biggest issue that The Night House has is that the ending is a big unsatisfying. But even that is due to how good the story is. By the time the film comes to it’s ending, you realize there’s a third story that gets revealed that will leave the audience wanting more.

David Bruckner definitely has a win on his hands with The Night House. Knowing that he will be reuniting with writer Ben Collins on the Hellraiser remake should raise the interest in that film. For now though, The Night House is definitely something to check out.