Ernie Hudson Talks APB and Being in the Business 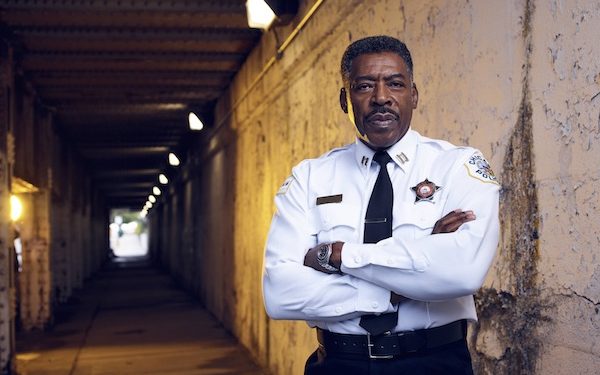 *This was originally posted at High Voltage Magazine. 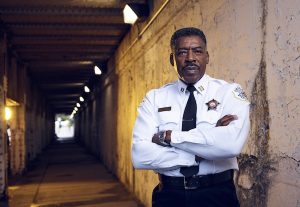 We had a chance to talk to legendary actor Ernie Hudson about his journey through Hollywood, the many projects he’s working on and upcoming finale of his FOX show, APB.

High Voltage: What can you tell us (no spoilers) about the finale of APB?
Ernie Hudson: Well, the show started out introducing this billionaire and his toys creating this private police force and everything that’s in the show exists today. It gets darker because we see what technology in the wrongs hands can do or create. And most of us don’t know how deep we’re in this thing already.

HV: Was there anything new or surprising you learned while on this project?
EH: I’m from Michigan directly across the lake from Chicago. Filming in Chicago and seeing the random violence and the breakdown between the law and the community – it showed me that we need to find a way to bridge that gap between law enforcement and the community because the old way of doing things hasn’t worked. It made me more aware of the technology available and how it’s been used.

HV: I have to ask about some of your other projects. You were in the Ghostbusters reboot and you recently came back to Grace and Frankie. Are there any plans to return for future installments?
EH: It was great to return to the Ghostbusters reboot. Personally, I wish it wasn’t a reboot and they’d restarted the franchise. I think it tied their hands and they were doing versions of us, but that’s just my opinion. I enjoyed it and I love those ladies. Grace and Frankie is great. As an African-American actor we don’t get a lot of opportunity to show our humanity. He’s not particularly a good guy or bad guy and I like that. I’m also in a show called Graves on EPIX, which just got picked up for a second season. I play a political fixer. And that’s moving forward.

HV: Very cool! At this point in your career what are you still learning about this business and your craft?
EH: The craft is always unfolding. The characters shift and change as you get older. Also, knowing more about the business, I waited a lot of years for people to realize what I could do and my advice for young actors is to create, produce and make your own thing.  Now I have four children and unless I’m starring in something or really a part of something, I don’t want to take time out of my life just to be in something. So that’s how things have changed for me.