Dune is a Soulless Adaptation 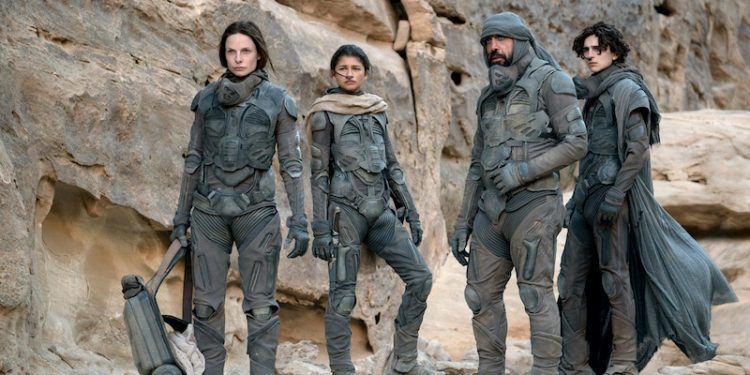 Ro6
Kriss7
6.5
Dune is another example of director Denis Villeneuve making a film that uses visually stunning scenes with a bombastic soundtrack to cover up the fact that the film itself is completely soulless. Villeneuve has a history of this. Arrival, Blade Runner 2049, all visually stunning films that under the surface just lack anything of substance. It’s like when you see and small some fantastic looking chicken wings, only to bite into them and realize they’re completely unseasoned. That’s Villeneuve’s Dune.
What makes Dune such a cult classic is the story. Yes, we get it. Giant sand worms, desert fighting, war…but it’s also about politics. And in order to tell a political story you need a story. The true meat of the story and why what is happening happens feels glossed over and rushed through. The fall of House Atreides feels completely rushed and unearned. This film expects the audience to come in with some understanding of what Dune is about, either from Frank Herbert’s science fiction novel or from the 1984 David Lynch’s film. Without that, there’s just no real meat to why House Atreides is being betrayed. The importance of Lady Jessica. Or anything else in the film for that matter.  Dune Part 1 feels like the theatrical cut of Kingdom of Heaven. Kingdom of Heaven might be one of the few times when a Director’s Cut really does produce an entirely different film because it brings in context and changes how entire scenes are read.
From a purely superficial viewpoint, Dune is fine. As mentioned before, Villeneuve knows how to do big, visually pleasing epics. Much like he did with Blade Runner, he can capture the scope of what his story is trying to tell perfectly. While he definitely protests too much about how Dune HAS to be seen in theaters only to really appreciate it, the film is gorgeous and will look good on the best screens (including those OLED TVs in your house). Hans Zimmer’s score equally matches the visuals. But again, this is where Villeneuve gets into trouble with a lack of detail. Yes, a Hans Zimmer score is the appropriate score for this film. But the sound editing is so atrocious that it drowns out important dialogue. Once again, Villeneuve was too busy trying to make the most visually stunning and sounding film, he misses the mark when it comes too making sure the audiences can follow the story through dialogue. This is a recurring theme for his films.
In the end Villeneuve's Dune is a lore film that rushes through the lore. The end of part one feels like a poor place to end and just makes the the film feel incomplete. Maybe part 2 will fill in the gaps left, but if part 1 is any indication then it will be just as soulless.

MTR Premium members can listen to Ro & Kriss go into more details about what worked and what didn't work for Dune 2021.