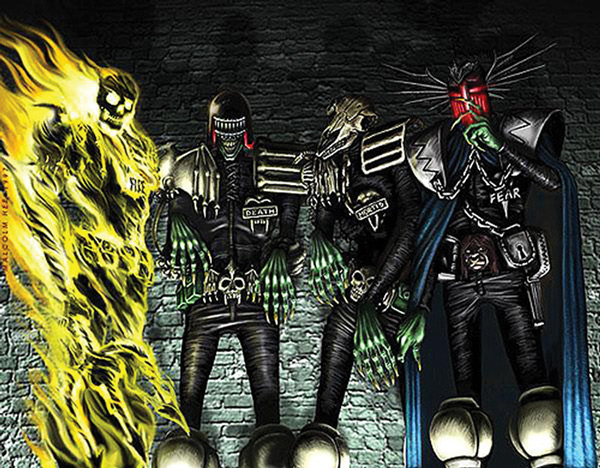 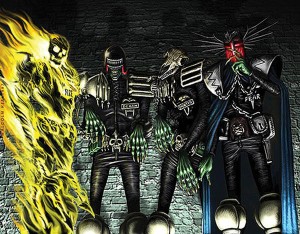 The Executive Producer for Dredd, Adi Shankar has told The Wrap that he has spent the last 2 years secretly making a 7 part miniseries for Dredd based on the Dark Judges.  The project will be released later this month and be available online for free.  This is great news.  Dredd was a great movie. It's a shame that it didn't do that well at the box office but word of mouth and BluRay sales for it were great.  I'm hoping that with this mini-series, the demand for a proper Dredd sequel will be heard by the studios.  Remember, Karl Urban recently talked about how a prequel to Dredd is more likely than a sequel.  Truth is, as long as Urban is back under the helmet I don't care if it's a prequel or a sequel.  There isn't any word if Urban will be in Shankar's online miniseries or not, but he did do the Punisher short film and managed to get Thomas Jane back in the role so anything is possible.  Either way, I'm in for watching this.