“Don’t Let Go” and the Horror of Regret 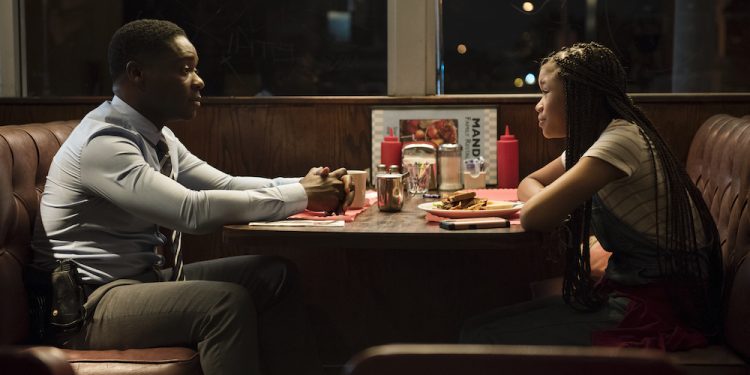 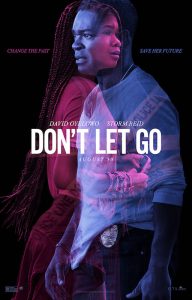 Blumhouse Productions made its name with films that highlight the horror in our everyday lives. From Us to their upcoming Hulu series Pure, about virginal father-daughter purity pacts, Blumhouse takes society's failings and plays them out to their most ridiculous and horrific conclusions. But in Don't Let Go, a quiet thriller, Blumhouse takes the idea of regret and brings it to a conclusion that will leave audiences with a bit of hope.

Don't Let Go follows, Jack Radcliff (David Oyelwo), a police officer who has a special relationship with his niece, Ashley (Storm Reid). Due to her father's past mental health issues and criminal activity, Jack formed a close bond with his niece. The two of them talk on the phone all the time. When Jack finds Ashley and her parents dead, in what appears to be a murder-suicide, the fact he rushed his niece off the phone during their last conversation compounds his grief. The film then takes a supernatural turn when Jack starts to receive calls from Ashley. For Ashley, it is three days before her death and Jack finds himself in a race against time to figure out what happened before she dies again. 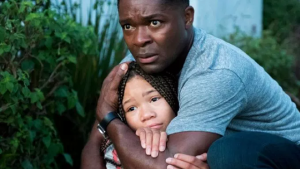 Most of the film hinges upon Oyelwo's performance. He shines as the frantic and obsessed, Jack. His singular focus keeps the audience gripped every moment. Driven by regret and hope, Jack uses his niece's observations to pinpoint inconsistencies in the police investigation. Once he realizes there is a chance to change things, he deftly works to manipulate the past. Brian Tyree Henry (who, apparently, never stops working), also gives a lovely performance as Jack's brother, a reformed ex-con eager to redeem his life.

Storm Reid also continues to be a cinematic treasure. Like her turns in Euphoria and A Wrinkle in Time, there is something both vulnerable and capable about her characters. You want to protect her but you also know she can save herself. Ashley's voice is what drives Jack throughout the film but Ashley displays amazing agency for a young girl, which only becomes stronger as Ashley realizes what is coming.

As Jack struggles to save himself from his regret and to save his niece from her inevitable fate, along the way he finds there were more secrets in his life than he knew. The revelations come fast and furious as the film ramps up and by the end, Oyelwo performance is breathless and wrought in all the best ways. Overall, Don't Let Go takes the viewer on an emotional ride with Jack as he fights to hold on to the one thing in his life that he truly loves.