Donald Trump is (Basically) Losing in All The Polls 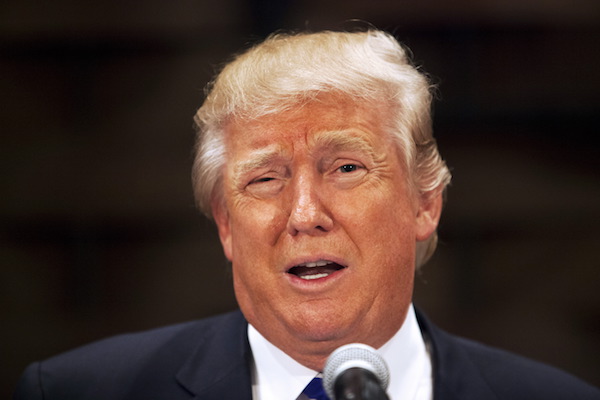 Last week, Trump Organization lawyer Michael Cohen (he of, “‘you can’t rape your spouse’” fame) crawled out the cushy office he’d be banished to and resurfaced for an interview on CNN where he spoke about his boss’s political campaign. While talking about the changes that have taken place in the Trump campaign over the past few weeks, Cohen had what could easily be categorized as one of the strangest exchanges of this election cycle with CNN anchor Brianna Keilar:

Yes, a surrogate for a major Presidential campaign actually went on national television and helped an anchor point out that said campaign is losing. Keilar’s claim that the Trump campaign is losing in all polls is not quite right, but it’s close enough to the truth. The Trump campaign can try to spin poll results in any way that they’d like, but the reality of the situation is that they are losing virtually every poll and have been for quite some time.

The polls aggregated by Real Clear Politics show a clear picture of the nose dive that the Trump campaign’s poll numbers have been in for quite some time now. Since the beginning of June only 9 polls out of 69 have shown Trump leading. None of these polls show him leading by more than 7 points. One of those polls was from Rasmussen Reports, a well known Republican friendly polling firm and the other was from a LA Times/USC Daybreak Poll which has a “different” approach to polling and has shown Trump ahead twice in the last few months, most likely due to their polling methods. These two polling groups aside, well known firms like Reuters, Economist, NBC, Bloomberg, ABC, CNN, CBS, even FOX News all show Clinton with a lead and have consistently shown that since June. There is no spin here. No way to artfully craft a message of how Trump comes back from these polls. These poll numbers are bad news for Trump.

The fivethirtyeight election forecast predicts that Clinton has a 84.7% chance of winning the Presidential election and that she’ll earn 352 electoral college votes to Donald Trump’s 186 at the time of this writing, 270 are needed in order to win the Presidency. These results clearly show a trend. It shows a campaign in crisis. This is a campaign out of control. A campaign in freefall. A losing campaign. Say it however you’d like, Trump is in trouble and has little time to turn it around. There are a number of reasons why Trump finds himself in this dire a situation this late in the campaign cycle.

One of the major reasons is the Trump campaign's overreliance on white voters. Trump has made his campaign about white voters and white rage, something that he’s been tapping into for quite some time. And in the Republican primary, it worked for him. Donald Trump was able to earn more votes in the Republican primary than any Republican in history en route to winning 36 state primaries and caucuses and 1,447 pledged delegates.

The problem with pointing out how well Trump’s Republican primary strategy worked is the reality that someone had to win. Trump was able to rally white people into a frenzy and turn them out to vote for a vision of America where women and marginalized communities knew their place as second class citizens to “real Americans”.

The problem is, as Nate Silver of fivethirtyeight pointed out in an article in July, there aren’t very many “real Americans”. As Silver defines it, many of those who point to “real Americans” are looking at “...white people without college degrees — the so-called “white working class.” of course the religion of these people also comes into play, “They usually mean practicing Christians.” The problem is that to check all of these boxes is to be only 1 out of every 5 members of the electorate. Silver continues, ““Real Americans” overwhelmingly voted Republican in the 2012 election.” Silver then drops the bomb of all bombs on real America, “Overall, about 48 percent of voters in the survey said they voted for Mitt Romney over Obama, closely matching Romney’s actual percentage of the vote.” Real America came out to vote for Mitt Romney, and that still wasn’t enough for him to win the Presidency. Romney also wasn’t kowtowing to David Duke and the KKK. Trump has. So if any real Americans pride themselves on not knowingly voting for the same candidate as white supremacists, Trump has lost their votes. Regardless, the number of votes he can expect to receive from real Americans aren’t enough to win the election. Trump would have to expand the tent of the Republican party in order to win, and quite frankly, he hasn’t.

I mean, he tried it.

The most unsurprising part of this entire situation is that, as pointing out by Philip Bump writing for the Washington Post, Trump even got his statistics wrong opting to go with hyperbole and embellishments rather than simply highlighting the truth how dire the situation was rather than just telling the truth. Seems like something we’ve seen before. Seems like we’ve come full circle.

The reality of the situation is that Trump is being beat very, very badly and he knows it. White people can’t save him, half-assed appeals to black people won’t save him. We’re watching a train wreck in slow motion, the implosion of a Presidential party and potentially the implosion of a major political party at the same time.