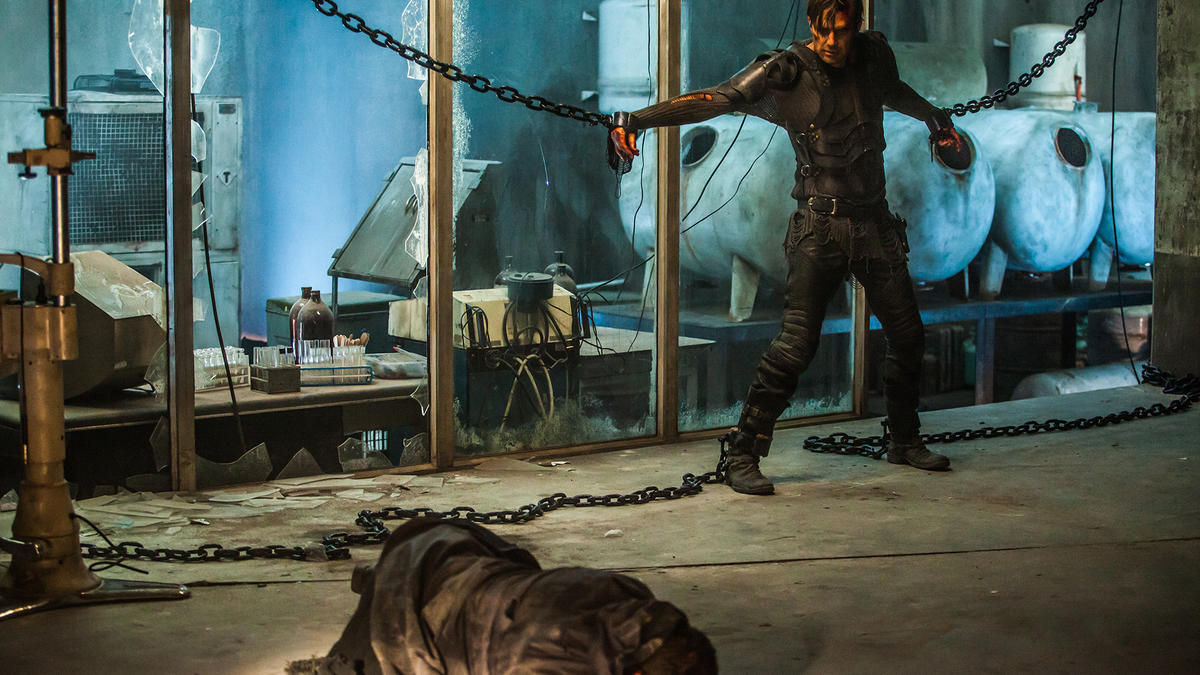 The ladies of Dominion are so bad ass. It’s one of the reasons I love this show.  They’re not just helpless damsels in distress or pawns in some man’s game. They’re constantly forging their own paths and I find them to be some of the strongest characters on this show. The women of Dominion are also very well fleshed out and we get more than one dimensional characterizations of them. Reap The Whirlwind really put a focus on this as most of the man female characters of this show get their own little moments.

Battle for the City 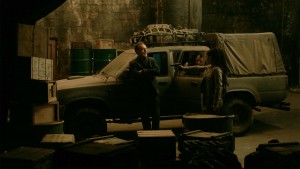 Last episode David successfully started a civil war in Vega by physically dividing the city. While his plan was a success, what I loved the most about the aftermath was that Zoe was wise enough not to trust him. This was something I was afraid of after David’s plan, that Zoe would reluctantly go along with him and David would bide his time then stab her in the back (or shoot her in the head). We already saw how David tried to betray her last episode when Arika gave him a way out.  So I’m glad that Zoe isn’t falling for it. It makes her character much more interesting. I loved that she balled up the speech David wrote for her and just spoke to the people from her heart. She also blames David for Jasper’s death because she realizes that David is good at manipulating people into doing what he wants and giving them the appearance of doing it under their own free will. She drew a line in the sand when she shot David in the hand and reminded him that she’s the one in charge and that she’s not going to be like all of David’s other pawns. That’s when I realized that Zoe was going to be a real threat to Claire. David just helped her get a ton of fresh recruits but she was smart enough to realize that he still can’t be trusted and she has to keep him on a tight leash. Contrast that to Claire who has Arika plotting on her and Claire still doesn’t see it. 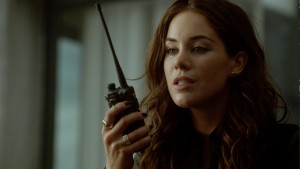 Truth is, Zoe and Claire are very similar. Both honestly want the best for the city of Vega. I would love that once their conflict comes to a climax, that the result is both of them joining forces. Both of them are technically right. Claire had a great exchange with Gates in the episode when she said “I’m starting to think about how much stronger i would be if i didn’t grow up in these walls.” For all her good intentions, Claire still doesn’t truly understand what it is to be a V1. Zoe does. Claire has always been about helping the V1’s though so she’s not entirely unsympathetic to the cause but she is still Lady of the City. A truce and partnership between Zoe and Claire would unite the city and help them stand against Arika’s plan to have Helena take over Vega. The first thing both Claire and Zoe will have to do is to start being more careful with who they trust. As soon as Gates called Claire and told her he was in the tunnels, you could literally see Arika leave the room and I knew she was going to warn David. her plan failed and now Claire at least knows someone is a traitor in the room. I’m confident that Claire will figure out it’s Arika because she’s been a pretty good leader thus far. As Gates put it “I had to follow your father, I want to follow you.” Claire is the best leader Vega has ever had and her intentions are pure. Gates sees that and I’m glad he’s there to help her realize she doesn’t have to be her father. That’s why I have confidence in my theory that Claire and Zoe will eventually team up. Because it’s NOT what her father would do.
Oh and Claire is the pregnant Lady of the City who is running shit and is now getting some from her new beau Gates.  Gotta love what they’ve done with her. 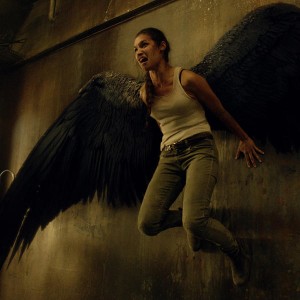 It’s funny, the women on this show seem to be the smart, calculating and dangerous ones. The men on the other hand tend to fall into obvious ego driven tricks and traps. I’m not saying that’s bad, I just find it refreshing that the women are the ones elevated while the men are the ones basically falling into the “damsel in distress” traps. Noma is Alex’s guardian angel. Sure, she has feelings for him and really loves him, but her main goal is to protect Alex (even from himself). I’d say that Noma has been there more for Alex than Michael has to be honest. In this episode she proves it once again by ripping off her own wings to save Alex. To put into perspective how big of a deal that was, even Gabriel himself shouted “Noma No!!!” when she did it. The question now is, what happens to Noma? She said she could feel herself dying and then she saw that shadowy figure while they were in the woods. I’m really hoping this isn’t the end of Noma. I love her character and want her to get an even bigger role. I’ve always said that I like the Alex-Noma relationship more than Alex-Claire and I hope it stays that way. I hate the term but Noma really is what you would call a “Ride-or-Die Chick”. She sacrificed her wings and possibly her life to save Alex after she TOLD HIM not to trust Julian. Alex then went on to ignore that advice and then took it a step further and betrayed Michael. Alex makes a lot of dumb decisions and at some point I’m going to need him to listen to those smarter than him. And if Noma ends up dying because of this, I will never forgive him.

Something interesting happened with the markings this episode. After Julian burned one of them off, the next time he tried, the markings themselves hit him with some kind of blast. That’s an interesting trick. We also learned that while its technically possible for Alex to perform an eviction on a Dyad, it probably won’t work because evictions only work if the human host wants it to.Dyads are hybrids and its clear that both human and angel are joined in mutual agreement. I’m still wondering if at some point we won’t see the General become a Dyad. I really thought he was going to betray Alex for Julian. While he didn’t, getting hit by Julian seemed to accelerate his condition. I don’t think the General is ready to go just yet.

Again, another great episode. This season has been so good, I’m almost sad I know its coming to an end soon. One thing that stood out to me is that the amphora is still somewhere in New Delphi. Where did Noma put it?Remember, when Alex told her to hide it in the previous episode he said “You have wings…” So it has to be somewhere that’s not easily accessible to 8Balls or humans.  The next episode is going to be interesting. Julian now has both Archangels, Zoe has an army, Noma has no wings and is on the run with Alex…there’s so much going on here but the writing is tight enough that you don’t feel overwhelmed. Such a great season. Oh and just a reminder, Noma was warned about going to New Delphi. Looks like that came true.