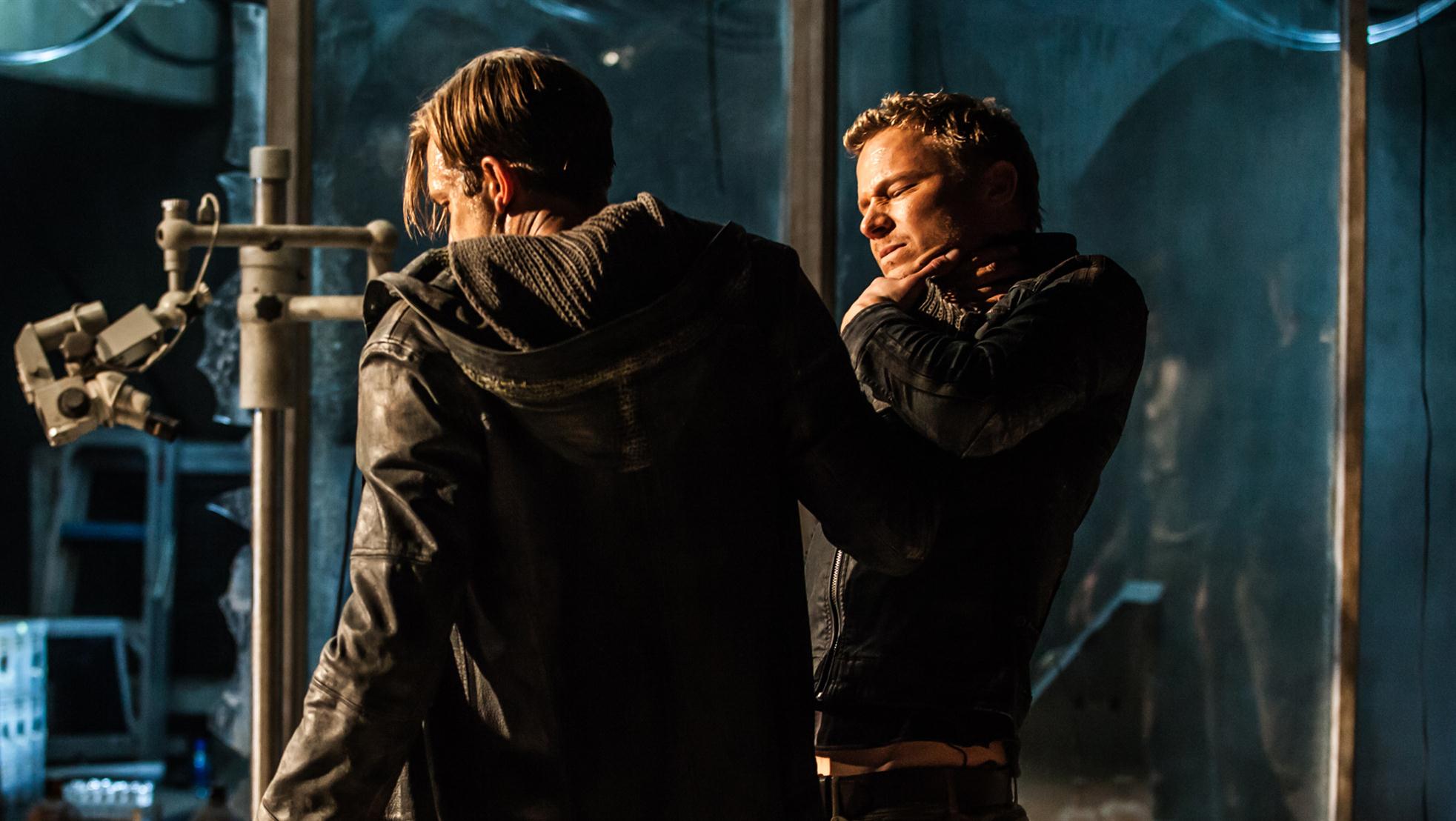 Son of the Fallen shows how well thought out and written Dominion is as a TV show. The focus of this episode is split between Vega and New Delphi with each city haven’t their own issues to deal with and being unrelated. Yet at no point does jumping between them feel disjointed or distracting. 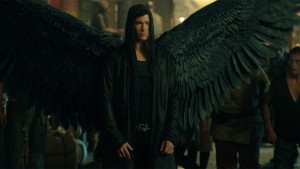 Julian convinces Alex to help him using the same point I brought up: Michael and Gabriel are brothers. If they really wanted to end this war, they could just face each other in a match to the death. But that will never happen because they’re family…better yet, they’re twins. Michael didn’t do himself any favors when he shows up to New Delphi to talk to Alex…with Gabriel. It’s at that point that Julian’s words to Alex start to make sense. Of course we know Julian can’t be trusted. Part of me wishes Alex was smart enough to see that if Michael and Gabriel are working together to run through New Delphi, the real threat is Julian. Then again, Alex is no David (Or Claire for that matter). He’s a foot soldier and its clear that he didn’t realize his mistake until it was too late.   Michael and Gabriel’s interactions this episode were great. Because the love between them is just as you would expect from siblings who quarrel. The scene with Michael walking through the market as Gabriel is above him throwing 8-balls off the rail pretty much signifies where each of them is at now (which is completely opposite of where each of them used to be). Then there’s Michael wounding Gabriel in an attempt to keep him from getting hurt more. Gabriel returns the favor when he shows up to the obvious trap to save his brother. In the end, Julian was right, Michael and Gabriel are brothers and will do whatever they can to save each other. Their only real disagreement is on whether that means Alex should die. 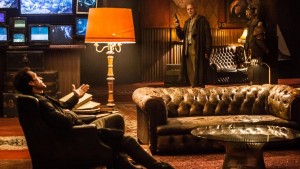 Oh and is it me or does anyone else think the General took (or will take) Julian up on his offer? Seemed weird to me that all the sudden the General was "knocked out" and Julian was out and about again. Something was fishy with that.
Arika’s Plans
I knew not to trust Arika. We have yet to see Helena but we get more information this episode and apparently things are not good in that city. Turns out Arika’s plan is to thin out Vega then take it over for herself and her people. My question is: Does Claire know this?  I mean Arika is the female version of David in my opinion (if not worse). She’ll lie, cheat, steal and kill anyone she has to in order to get her way. And she stays with a beautiful woman on her arm. I don’t know where this Black doctor woman from Helena has been but I’m hoping she sticks around. I’m also wondering what David’s actions will do to Arika’s plans. Could be that David’s action inadvertently help Arika. 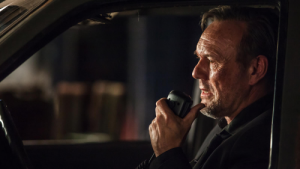 I’m glad that Zoe and her group still don’t trust David. At this point you have to keep David at arm’s length. I mean shit, when he got the face-to-face meeting with Arika he tried to rat Zoe out immediately. But then David had another David Whele epiphanies and decided to think bigger. That’s the thing about David. While I believe that Claire is really learning the game, she’s still not thinking big like David is. David could have easily driven the explosives to Claire and turned them in and gotten some of his status back. Instead, he decides to double down with Zoe and blow the tunnels, separating the city. Also the food stores are now on Zoe’s side and as Claire says, this starts a civil war. Now the question I have to ask is: Is David doing all this to regain power or did he really snap and decide it’s time to embrace a little anarchy?  Past actions tell me you can never trust a Whele but it’s also scary to think : What if David’s serious?

[divider]
Another great episode from Dominion. They even managed to throw in a scene about Claire being pregnant. Despite the wide range of topics covered in this episode, it never felt out of place or disjointed. Even the flashbacks with Alex & Michael had a purpose, with Alex seeing the knife that Michael gave him and realized he made a horrible mistake. I really enjoyed the first season of Dominion but this season has really opened up the world and explored more. Can’t wait to see the next episode.