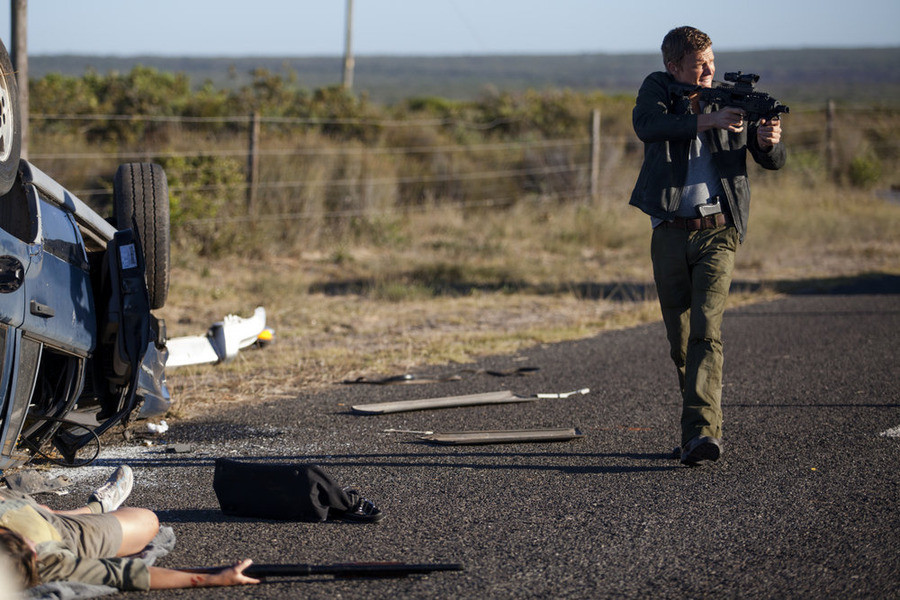 Another solid episode of Dominion. This show is really starting to flesh out and I'm enjoying every minute of it. This episode should have been called "Sins of the Father" because a lot of the issues folks have in this episode seem to stem from daddy issues. 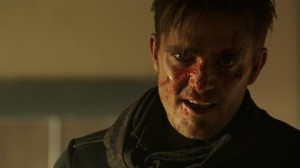 Carl Beukes is up there with Anthony Head as my favorite character on this show. We don't get to see him often but when we do, it's memorable. First he shows up to this diner to meet William Whele and acts a complete fool. "They have pudding...I hope it's not from a can." 60 seconds later he's killed every person in the diner with the exception of William. Then he goes on to eat the pudding and talks about how its "not that bad".  Everything he did was so unnecessarily evil.  I loved it.  Loved it.  Beukes is killing the role. Oh and he doesn't stop there. When Furiad dares to defy Gabriel and tries to kill Michael, Gabriel's reaction is classic. It's one of those "Just cause I talk shit to my family doesn't mean you can. Don't get out of place. Know you role". I mean...he called him a "mutt" and said he couldn't kill Michael if he wanted to. Gabriel dropped that hot ether man. Matter of fact, this episode had a lot of ether bars in it.

"What if i killed you right now? What if I killed everyone in this room. You couldn't stop me" 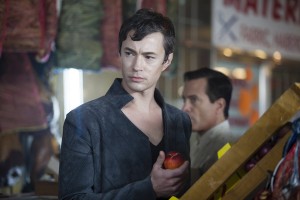 mmhmm. Michael called Whele's bluff and hit him with that "Do you feel lucky?" Clint Eastwood. Tom Wisdom is killing this role. I take back all the questions I had about him after the pilot. This is why you have to give TV shows more than one episode. Wisdom has already grown into this role after 3 episodes. He's now spitting ether at folks who dare question the Archangel. Consul Whele really thinks he can challenge Michael and Michael had to remind him just who the fuck he was.   Outside of that, we also learned a bit more. Mainly being that while Michael can't spot an infiltrating higher angel, he is fully aware that there are higher angels IN Vega who are being neutral. Now my question is, how many of them are there? This could turn into a disaster for Michael if it comes out that he's been sheltering angels inside of Vega without anyone knowing.

Michael's personality is getting so much better he's even figured out how to deal with Alex. Alex was all angry and thought Michael was gonna force him to go back. All Michael did was say "I'm calling shotgun". Then Michael threatened to take Alex's hand off if he really thought about pulling that trigger. "Bullets have a way of doing more damage to the person shooting them than to me. Be a shame to lose that hand?"

Okay maybe they should have called this episode "Bars" cause folks were dropping that ether left and right. This was like a verbal version of the Pistons-Pacers brawl. Anybody could catch it. Whele ain't have to go at Becca like that. He called her out but called her mother a whore too. Jesus. And all Becca could do was pretty much agree to find any information she could on Michael's weaknesses.

Arika & Whele deserve each other. They're in a constant chess match with each other. Neither can really trust the other. I still think Whele is playing with fire. But right now he has the upper hand. It was all Arika until Evelyn sent the body of Arika's sister to her in a trunk. I'm telling you, Helena doesn't sound like a city to be fucked with. They sound ruthless. David Whele is trying to play the same game and yes, he's ruthless but I don't know if he's ready for them. He picked up on Arika's moment of weakness and went in for the kill though. But Arika is crafty and had her own plan to show her usefulness. If I was David I still wouldn't trust her one bit. I'm wondering who she was communicating with at the end of the episode. Was she just contacting her loyalist to behind destabilizing Evelyn or was she doing something else?

Sins of the father 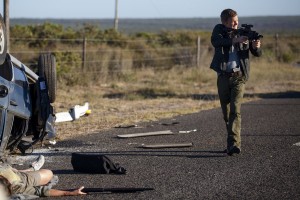 a lot of issues in this episode that tied back to the "sins of the father" if you will. Michael finally tells Alex that he was the one that told Jeep he had to leave Alex. And that Jeep didn't want to go. You'd be blind not to see that Jeep leaving Alex is a big part of why Alex has a "me against the world" attitude right now. No son (or daughter) cares if their parent has a legit reason for leaving them. This episode did a better job making Alex's resistance seem less juvenile and more sympathetic. I actually felt bad for him. He didn't want this life but unfortunately was born into it and with a burden. And then despite all that he manages to pull himself up and now he's told "yes this was all by design...now you have to save mankind."  It's analogous to the tale of Jesus.

David and William is another interesting family dynamic. It's clear that while they want the same thing, they want it for different reasons. David wants William and Claire to marry to solidify his power. William on the other hand, really cares for Claire. She's really been his only friend, the only woman he's known and grown to love. Problem is he's so far into the friendship zone with Claire there's almost no hope of him getting out of it. Sure she agrees to marry him but it has nothing to do with loving him. David had a pretty rapey conversation with William that just shows how far part they are in terms of how to treat woman. David sees them as objects to conquer and control. William really wants an equal. It's really no surprise that in it to his father

Then finally there's Claire and her father. Still not sure what's going on with the General's angel lover but I'm still finding it hard to read him. On the one hand, he could just be a power hungry old man who just wants to make sure his daughter is taken care of when he dies. Or he could really want to do right by the people but thinks he can't but his daughter can. Either way I'm disappointed that Claire agreed to marry William after her father told her he's dying. Again, I get it...but William is just so weak and creepy he doesn't deserve to be married to Claire. And it's clear that she's not in love with him.

Another solid episode. I liked this more than last episode because there was a lot more going on. The only real complaint I had is that the fight between Michael & Furiad didn't seem as good as their first on in the pilot. But other than that, this was solid. The acting is coming along nicely and the story is actually pretty compelling as well. There's going to be a lot of other dynamics going on outside of just Alex as the chosen one and they're doing a pretty good job of moving along some of the small subplots brought up in the pilot.