Dominion Review: Beware Those Closest To You 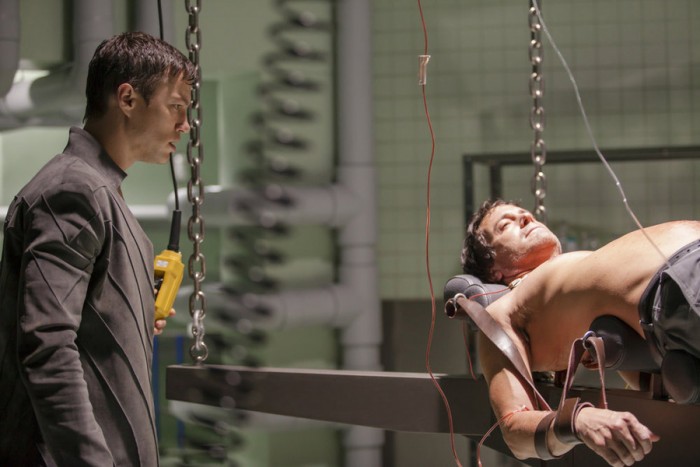 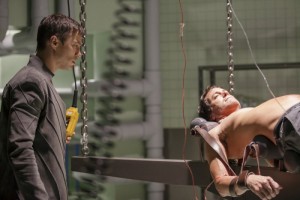 I started watching SyFy’s Dominion by accident. The day before it came on I just happened to catch a promo that showed an angel (later to be identified as Furiad) using his wings as a shield to block bullets. I mean, I had to watch after seeing that. I enjoyed the pilot, especially after realizing it was based off the movie Legion, that was really terrible. The action was good and they seemed to be setting up several different storylines that I thought had major potential. I know other reviewers only watched the first episode and wrote the series off as being terrible and predictable. Well after watching the whole season, I can honestly say those people who wrote this show off are prime examples of why you need to watch more than just a pilot episode to get the feel for a TV show. At Comic-Con I talked to Anthony Head who plays David Whele on the show and even he said after the pilot he thought he had a pretty good handle on what the show was going to be doing (He described it as Dallas in the Future with him as JR) but as it went on he realized how wrong he was.  This show has had some dynamics between characters and the season finale not only added to that but really made me wish the show was longer than 8 episodes.

The Season Finale of Dominion was without a doubt the best episode of the season. It had so many twists , turns and “Holy Shit” moments in just the first 15-20 minutes of the episode. I loved the fact that the episode started off with what looked to be Alex & Michael not working together and then ended with them actually at each other’s throats. While it seemed like an obvious plan that wouldn’t work, I don’t think Alex or Michael had many other choices at that point. Gabriel can possess high angels and they had no idea how many spies he still had left in the city. Remember, Michael can’t detect who is an Angel anymore (another small detail the writers of this show managed to throw into the show during a previous episode). So their best bet was to try to draw Gabriel out. The problem is, and this is something that is shown throughout this episode, Gabriel is actually the more aware, thoughtful and controlled brother. This is something I never would have even considered in previous episodes but it has become very obvious that Gabriel is playing chess to Michael’s checkers. Gabriel saw through the trap and then called Alex & Michael’s bluff by showing up in Vega himself, then orchestrating his own diabolical plan that drove a wedge between not only Alex & Michael but Michael and the rest of Vega. Oh and then the season ends with Alex going to Gabriel, as he predicted would happen. 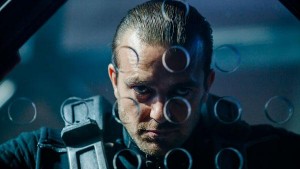 Gabriel is the planner here who is trying to win the long game. I’ve come to realize that Michael actually isn’t doing all this out of some love or loyalty to the humans but rather because he sees it as his redemption and that maybe that will bring his father back. That’s why Tom Wisdom’s portrayal of the character seems so stoic all the time. Michael’s heart really isn’t in it for saving humanity, it’s just something he has to do for his real goal. Michael used to slaughter humans for fun. Sure is story about the boy saving his life changed him, but Michael’s never really looked at humans with any kind of respect. I believe Michael did love Becca but I don’t think he was proud of that fact. Gabriel sees right through his brother’s façade and exploited the hell out of it. He told Michael about the room Louis was being held in because he knew that would be the finale straw to send his brother overboard. Remember, last episode, Gabriel didn’t pass on the message about not leaving the city to the other angels so they would be killed and that CLEARLY had Michael approaching the edge. Michael is okay with humans killing his brother’s angels because they’re the enemy, but killing the innocent Higher Angels he was protecting? He won’t stand for that. And then to find out Becca was experimenting on Louis who Michael believed to be a good man, that pushed him over the edge. Rod from The Black Guy Who Tips had a good point when he was live tweeting. He said finding that room was like a black man walking in and seeing some lynched black people. The room was horrific. It was like something out of Frankenstien. I’m not saying Michael should have snapped Becca’s neck but……………I understand. Michael went into a rage and it wasn’t until Alex cut him that he snapped out of it and realized what happened. Michael reverted to his old ways and it’s exactly what Gabriel wanted. I’m speculating but I don’t think Alex is going to Gabriel because he’s turned his back on Michael. I think Alex is going to 1. Save Noma and 2. Do what he can to end the way. Truth is, I’m not sure if anyone but Alex knows Michael is responsible for Becca’s death (or the death of those other two soldiers). Gabriel escaped and so they could easily blame it on him.

Some other interesting things from this episode:

Nothing Good comes in a Box from Helena 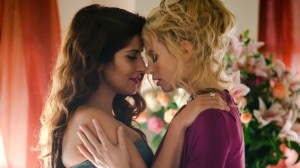 Nothing. It’s either a body or body parts. They’re ruthless over there. Of course, that’s not even the most shocking thing. The shocking thing is: Arika…is actually Evelyn. Talk about hiding in plain sight. Makes me wonder whose body it was they sent to her in that one episode. But wait…we’re not done. Evelyn is also sleeping with….Uriel. Is Uriel the “divine feminine” that Helena worships? So it looks like while Gabriel and Michael are battling back and forth, Uriel definitely has her own schemes and plans she’s running. I’m also wondering what the significance of her sword is. Back when she told Gabriel he would have her sword, I thought she meant figuratively. But in this episode, she says it again and hands over her sword to Gabriel. I’m wondering if it’s a more literal thing than we realize. Does her sword actually possess something more powerful than we’ve been told? Remember, Furiad’s sword was special as well.

William broke his father last episode. This episode, he’s still broken for most of it. The way he talks and interacts with William (and even Claire and the rest of the counsel) is so different from the way he was before. In a way, David was still scared of his son. Then William overplays his hand with Claire and she figures out that he’s one of Gabriel’s followers. David wastes NO TIME getting back to his old ways. I actually thought he was going to become the leader of the acolytes but as this show has repeatedly done, nothing is ever as it seems. David leads them all in pray as everyone is blind folded and then burns them all alive. David Whele is back ladies and gentlemen. I will say this, William’s actions have at least changed the way his father looks at him. In a way, David respects and loves his son MORE now than he did before. I honestly think David would have let Claire have William killed right then and there if the events of the previous episode didn’t happen.

Lady of the City 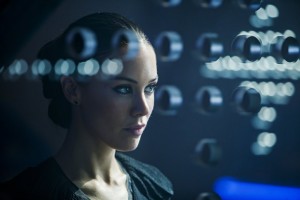 Claire Riesen is the shit. I really thought they were going to make this character the “typical damsel in distress” but she’s quickly become my favorite character. She puts her own emotions and feelings aside more than any other character and she puts Vega first. She loves Alex. She’s having Alex’s child. Yet she knew that Alex as the father would not be the best thing for the child or the city. She doesn’t want their child to grow up like Alex did and to be honest, she’s right. And it’s not just this decision. She wanted to blow Gabriel up right then and there. William and David (for obvious reasons) talked her out of it, but Claire knows what she’s doing. She’s more competent and pure hearted than anyone in the Senate right now. With her father and William gone now, Claire is pretty much the head of Vega and I think that’s for the best.   I’m not even sure if David (back to normal) is a match for her. It’s incredible to see what they did with this character over 8 episodes.

I cannot say enough good things about this finale or the entire show. It’s great and folks need to give it a chance. This season was only 8 episodes so it’s not even a huge commitment. I also love the fact that SyFy made the Finale 90 minutes. It worked well for this episode and I hope other shows take note and do the same (not everyone but sometimes a 90 minute finale is better). I’m hoping we hear that SyFy brings this show back for a second season. Creator Vaun Wilmott said he has 5 seasons planned now with a possible 2 more after that. I want to see what all 5 of these planned seasons end up looking like because right now, it’s a great show.