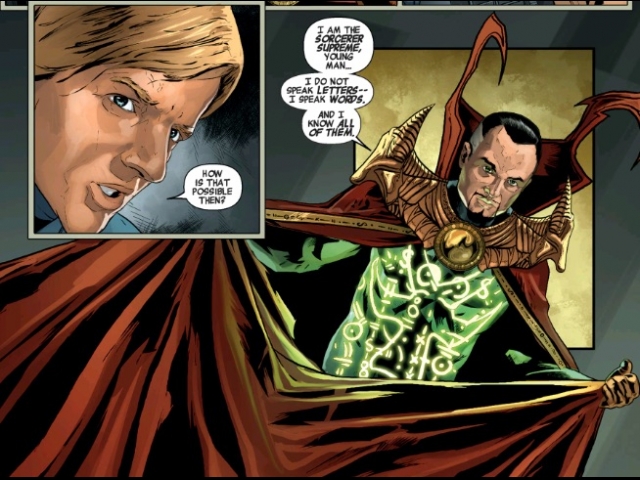 %CODE1%
This Character Corner we take a trip to the mystical side of the Marvel Universe and talk about Doctor Stephen Strange, the Sorcerer Supreme. With Doctor Strange making his live action debut in the Marvel Cinematic Universe, we thought it wise to give a break down of the character and some essential reading. We start off with his origins and discuss Strange's ethnicity as well as some of the problematic issues at the base of the character. Dpalm talks about some of his issues with early appearances of Doctor Strange and how the more modern takes address some of those issues and make the character more interesting. We also discuss the trade paperback, Doctor Strange & Doctor Doom: Triumph & Torment and how it's not only great insight into both the characters of Strange and Doom but also a good starting point before getting into Hickman's New Avengers & Secret Wars. Give the episode a listen and let us know what you think.