Doctor Who: Power of the Daleks Movie Event 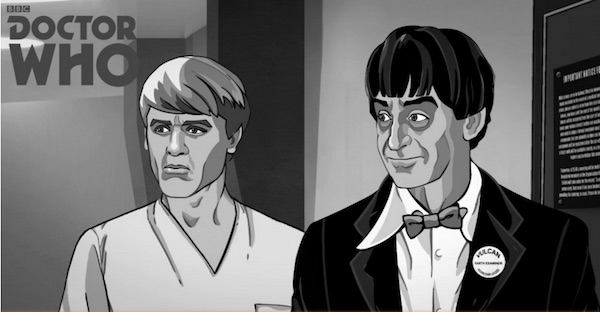 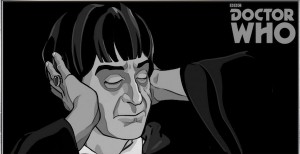 BBC America in conjunction with Fathom Events hosted a one night theatrical release of a series of lost Classic Doctor Who episodes which introduce the Second Doctor after his regeneration.  Power of the Daleks is a six episode arc, with the Daleks making their fifth appearance in the series.  Landing on Vulcan after his first regeneration, the Doctor (Patrick Troughton), along with his companions Polly (Anneke Wills) and Ben (Michael Craze) find themselves in the middle of a brewing civil war on the colony of Vulcan.  The colonists have discovered an unidentified craft, which the Doctor quickly accesses to discover inactive Daleks inside. The Doctor has to discover how to save the warring colony from itself, who insist on using the Daleks in the war.  The colonists are oblivious to the Dalek's own plan, which is to replicate themselves and exterminate the colony. 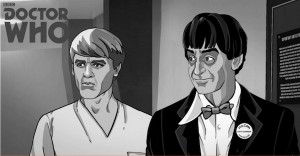 The BBC did a purge of its archives and as a result many Classic Doctor Who episodes were lost.  While there was some pieces of footage from these episodes which introduced the concept of regeneration after William Hartnell, the First Doctor, decided to retire for health reasons, the full episodes were lost. Using stills and pieces of footage from the original episodes along with audio that had been captured and saved by the fans, the team was able to recreate all the episodes as an animated movie, which, according to director Charles Norton, is 50% directed by him, and captures the action, tone, and tenor of the original episode by director Christopher Barry.  The animation brings to mind the television show Archer.  Completely shot in black and white, it felt like the pages of a comic book come to life.  The movements were stiff, but that fit the era of the episode.  The recreation of the actors were eerily on point.  Each character looked like the actor who portrayed him/her.

For those primarily familiar with the new series that debuted in 2005, it is important to note that Classic Who episodes tend to be a little slower paced than the current ones.  Limitations with special effects created the need for a truly cerebral experience and tension building to effect powerful episodes.  Power of the Daleks uses this pace, along with limited use of musical cues, to craft a really strong story around the danger of the hubris of man tapping into an unknown power. 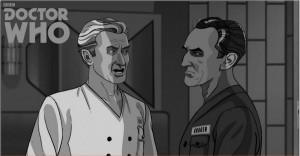 While I could have waited to watch this at home, there was something truly special about seeing it in the theater with other Doctor Who fans. I had the pleasure of sitting next to an older gentleman who had seen the original episodes as a youngster overseas, and who had then gained access to many of the lost episodes not available on streaming services over the years through various other means.  Watching him get as excited during the opening credits as I was made for a truly special experience.

This was a great episode that I believe people will enjoy.  It is available for DVD purchase on November 21st, but will be shown on BBC America on November 19th.  If you have not experienced a classic episode, this is a good one to start with.