Diversity in Media & the White Tears it Causes 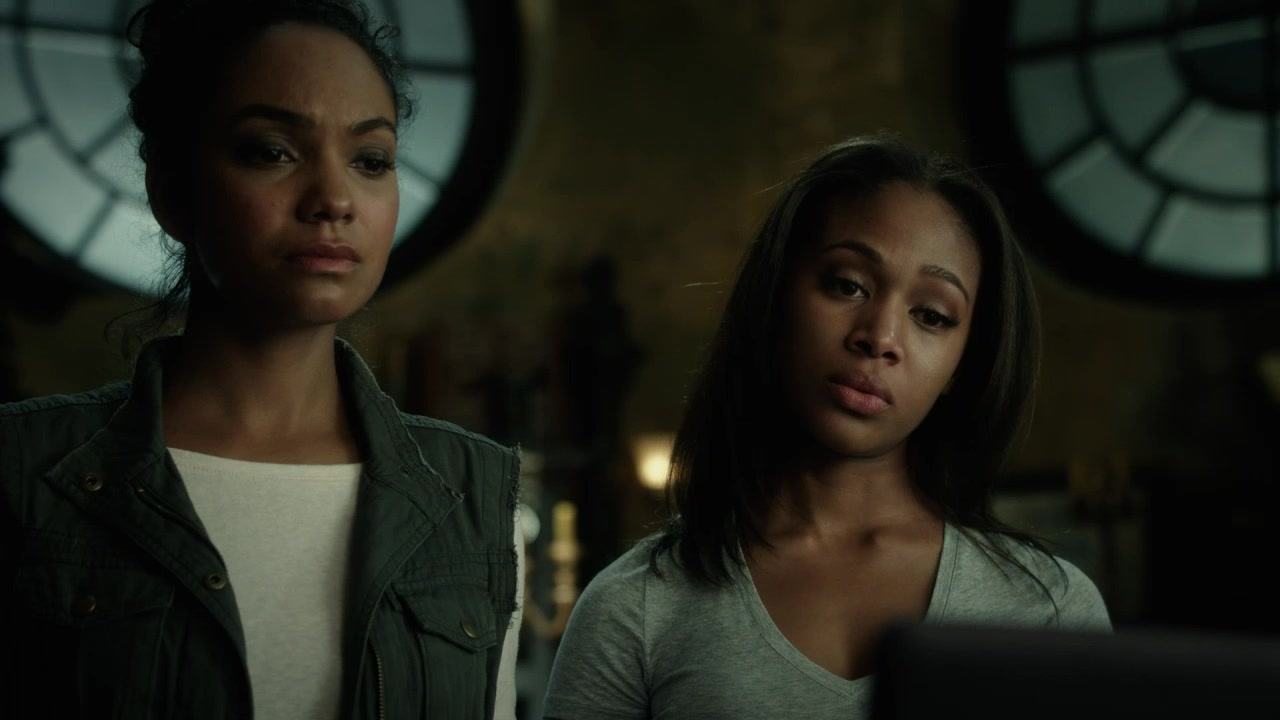 The strange thing about folks asserting that there is “too much” diversity in TV Shows (or movies or comic books or [insert whatever form of entertainment dominated by white males]) is that it inherently means they are against the realities of equal representation. Being able to take for granted that you can watch a TV show, a movie or read a comic book and see someone who looks like you is an incredible privilege. So is never having to worry about if the scant representation of yourself is going to be a character or caricature. 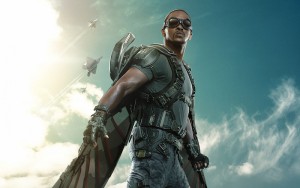 Captain America 2: Winter Solider is my favorite Marvel film for a myriad of reasons: the action is incredible, watching the growth of Cap and the further complication of Black Widow’s character are just some of the things that make Winter Soldier such an awesome film. But another thing I loved about Winter Soldier? Sam Wilson/Falcon. Not just because it’s great to see another black actor in the Marvel Cinematic Universe. And it goes without saying that the chemistry between Mackie and everyone else in the cast or his acting are fantastic, because they are. It’s because Sam Wilson/Flacon wasn’t Bagger Vance with a flight suit and two Uzis soft shoeing across a SHIELD Helicarrier. Sam Wilson is his own character in the film with his own motivations, goals, back story, life and he supports Cap and Black Widow out of his own volition. Falcon is a fully realized and developed character. Diversity doesn’t just mean cramming as many people of color and other underrepresented groups into a medium and calling it diversity. Such efforts are frequently lazy and usually insulting to the people included, but Hollywood has long had a problem with trying to skate on stirring as few muscles as possible in order appease folks rightfully complaining about a lack of diversity. Hollywood homogeneity ain’t something that can fixed anywhere near as easy as it can be acknowledged. 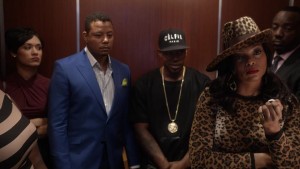 The other part of diversity that tends to rub folks like Nellie Andreeva the wrong way and cause pipes to burst with White Tears think pieces: increased diversity means that, yes, there will less roles for white folks. Championing diversity also requires that over represented people (*cough* white folks *cough*) move out of the way so that other groups of people can be represented. For all the talk of meritocracy in this country (especially in entertainment) and the Patricia Arquettes’ out there beating their chest about how hard they had to work to get to where they are, if you didn’t have to compete against any people of color because the system is designed to keep us out of the system, then guess what? You're not working as hard as you think. At least not as hard as the people of color who are struggling even more than you are. Hollywood is not a meritocracy. Merit and skill have never been the sole reason for many of the people who break it big in TV or Movies.  There is definitely a lot of privileged involved in these roles. If more people of color start getting roles and winning awards then that means that the playing field will actually start to become level. And yes, that means that white folks will probably get less awards and acclaim and roles…because the people of color who got the awards and roles EARNED them.  Andreeva mentions a quota system being used as to keep white actors from roles. It’s a ridiculous claim. If there is a quota then that’s because studios are trying to take deliberate and affirmative initiatives and actions to increase diversity and undo a damn century of discrimination. The near entirety of entertainment being filled with white actors *is not* a result of hard work. 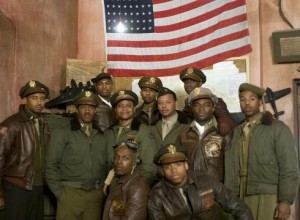 The tone of this article reeks of a very passive but damn pungent odor of white tears collecting as Andreeva takes aim at the notion that TV shows with diverse casts should be succeeding purely because they have diverse. The idea that a show should be popular solely because it has black people on it is an insulting proposition because it paints the idea that we’ll tune in to watch our own like a bunch of nappy headed lemmings. If that was true then Tyler Perry’s money would be as swole as Oprah’s. Black folks supporting our own no matter the quality of the product is something we de facto had to do because we were starved for representation; even salt water is palatable when you don’t know the next time you’re going to get actually hydrated. My 65 year old mother thinks that Red Tails was an incredible movie because it told the story of the Tuskegee Airmen. I honestly believe that part of her support of the film comes from growing up during a time with a whole 0% representation of people that looked like her on the TV and in movies. Conversely, I think Red Tails was a poorly written, poorly cast, poorly directed tumbling mishap dumpster fire of a film. I can be scathing of that piece of shit movie because I’m 24 right now and I own comics where Captain America is black. I’m young and living in age where the number of representation options keeps growing and I don’t have to support a shitty black films and TV shows anymore. I can openly hate Red Tails and deride its quality as a film because I know that Hollywood can do better and American heroes like the Tuskegee Airmen deserve better. 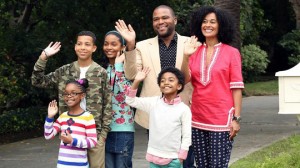 The face of White Genocide on TV

Andreeva’s privilege is so engrained the most telling part is where she’s touting diversity as sugary treat; an indulgence that will rot our teeth if eat too much of it.  Simply put…FUCK THAT. Talking about the equivalency pendulum swinging back to the status quo means that there will be nary a Negro on TV, let alone anyone else. It’s hard enough to find black folks on TV but it can just as harder and sometimes even harder to find other people of color on TV. Swinging that pendulum back to the status quo would mean that if Eddie Huang’s story did see network television it would the stereotypical nightmare that he had to battle the network over not creating. We’d be back to square one when representation meant being solely a caricature. 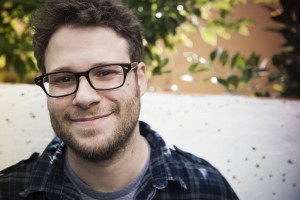 Seth Rogen plays the same dudebro in every movie but...Hollywood is about skill level...right

Of course, Andreeva talks about how the pool of experience actors of color is particularly thin since these folks haven’t been given many opportunities. Granted, this is kind of true; the pool of experienced actors of color is kind of thin and there might not be many easily recognized faces. I understand where she is coming fro…however David Simon made The Wire with a whole slew of black actors from Baltimore and the UK that none of us had ever heard of and that shows stands as one of the best things ever written to get beamed onto a TV screen. In the process we were introduced to solid black actors and actresses we might not have ever seen. See, that’s another part of diversity too: It opens the doors to people we do not know. Hollywood needs to take chances with actors of color we don’t know because Hollywood has never had a problem doing that with an endless slew of mediocre white guys.  *Hi Seth Rogen*.

The second to last paragraph of Andreeva’s is something of note:
[quote]“While they are among the most voracious and loyal TV viewers, African-Americans still represent only 13% of the U.S. population. They were grossly underserved, but now, with shows as Empire, Black-ish, Scandal and HTGAWM on broadcast, Tyler Perry’s fare on OWN and Mara Brock Akil’s series on BET, they have scripted choices, so the growth in that fraction of the TV audience might have reached its peak.”[/quote]

Steeped in passive and implicit shades of “keep the blackness away from me," Andreeva tries to pull the old population percentage argument. Since she pulled this card, I’d hazard to guess she also thinks the largest group of people that listen to rap music are also black people. Either way, she’s dead wrong. The majority of people who watch Scandal, Empire, Black-ish and How to Get Away with Murder are white people. It has been a long standing issue that shows that are enjoyed heavily by black people usually don’t last if they can’t get traction with white people. But white people are tuning in to watch these shows by the masses because these are great shows. Sure, maybe these shows have reached their peak in viewership with black people but it looks like white people want in on the party too, Andreeva. Crazy to think that well written shows with casts full of people of color can garner this much support, ain’t it?

It shouldn’t be. And I hope this momentum never stops.