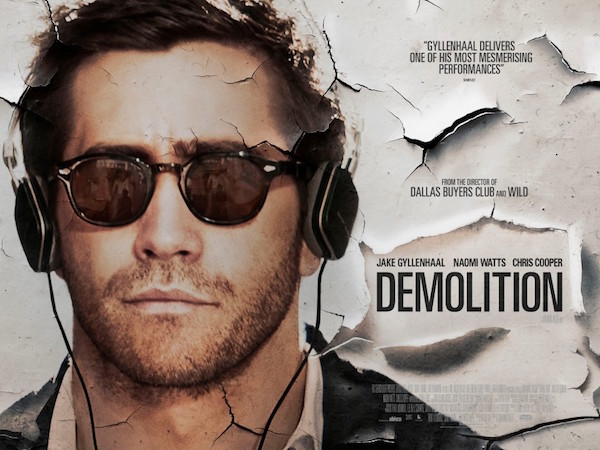 Recently, I was playing Legos with my friend’s five year-old son. He was methodically building worlds, placing bricks with the omniscience of a tiny god … and I was slapping some bricks together. Finally, he looked up at me and said, “You’re not very good at this are you?” He was right, I’m not very good at this. Most adults aren’t. Adults build expectations, we build worries, we build hopes. And many times, we don’t realize that we don’t have anything concrete until it’s taken away from us. In Demolition, Davis Mitchell (Jake Gyllenhaal) grapples with what he’s made of his life, when his wife is suddenly killed in a car accident. And Davis’ realization is that he has to tear it all down. 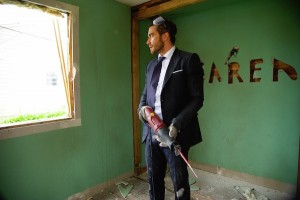 As others around him grieve, Davis is numb. His father-in-law, played by the indomitable Chris Cooper, is trying to work with Davis, the son-in-law he never wanted, create something for his daughter’s legacy. While her family tries to preserve her memory, Davis is off dismantling his home and his life piece by piece. Along the way he forges a relationship with a customer service rep, Karen, played by Naomi Watts. The breakout star of this film is Judah Lewis who plays Karen’s son, Chris. Initially, the story seems like it’s veering towards romance between Davis and Karen but it’s Davis’ connection with the Chris, who is struggling to define himself, that really brings Davis out of himself.

On the surface the film can seem very self-indulgent. Davis is basically a finance bro and he spends most of his time destroying perfectly good things because he doesn’t know how to deal with his personal shit. But visually, the film weaves in flashbacks and glimpses of Davis’ wife that are haunting and lovely. This is actually the kind of movie I wish would get made in Hollywood with people of color. No one is particularly likeable, nothing particularly earth-shattering happens, but it’s the kind of film that sits with you. The actors stretch themselves in ways that are interesting and resonate. And even though Davis is a walking, talking embodiment of white, male privilege, I enjoyed watching Gyllenhaal run Davis through his paces. Davis is breaking down his world but really he’s struggling with the fact that even if he tried to put it back together, there will always be a piece missing.